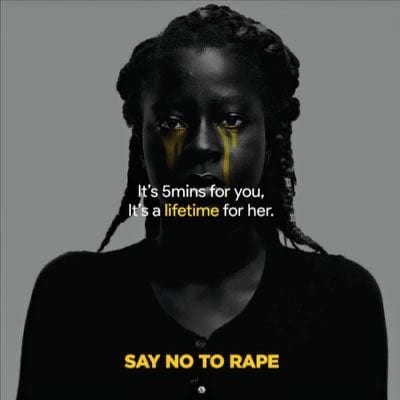 NotJustOk as an organization values women's rights and bodies and as such, strongly condemns sexual assault in any form.

An Overview: Dear Men, Don't Be Insensitive Like Brymo

The past few days have revealed its painful truths: They're rapists everywhere in Nigeria. Another: They're rape apologists, and these people lurk. More: People don't get it, how women are constantly in fear, because they're most likely to be raped by some madman. So, they deflect. Instead of joining hands to fight and inspire policies to better the lives of our women, they say: Not all men.

Olawale Oloforo, known as Brymo, comes across as a liberal. His music is philosophical; the personality he pushes through that music is one many have fell in love with. It's one of inquiry, and I too, have fell in love with it. But that's where I draw the line. Not when injurious statements, as the one he's pushed –that had many enraged– is being made.

According to 2019 report by NOIPolls, eighty-five percent of Nigerians believe rape is prevalent in the country. That, at least, 3-in-10 Nigerians know someone who has been raped in the past, and that most of the victims were underage girls and women under 25 years.

Vera Uwaila Omozuwa, a 22-year-old student of the University of Benin, was the most recently publicized case of brutality against women, a reality we have left unchecked for way too long. It was said to have "sparked outrage" across the country. Only some hours prior, 16 year Tina Ezekwe had been shot by a drunk policeman. In Jigawa, a 12-year-old girl was reported to have been raped by eleven men, who have now been arrested.

The country was agitative as hash tags trended and protests were organized. For sure, no one was seeking Brymo's not-expert opinion. No one needed him to rub salt on wounds of victims with his liberalist nonsense. But he did, and opened the most high profile can of worms. He did as a while ago, he'd been accused of rape and he kept quiet through it all, only to surface at a time like this –when a girl had been killed and another defiled in the vilest fashion– to shine a light of his perceived innocence!

What are the consequences of Brymo's words? What does it say of the menfolk in Nigeria?

Consequences, by its nature, are subtle. The man still has his hordes of fans, and he could possibly do no wrong in their eyes. The second reveals the psychological make and opinion of men when it comes to rape. They are:

1. Many men don't know the trauma people (especially women) suffer when they hear yet another rape story.

And that's because they are rape apologists themselves. Perhaps rapists. Whenever these stories are in the open, they deflect the blame onto the victim, asking silly questions that revolve around where, what, who, when. If no one ever told them, nothing gives a man the right to police another person's choices. Nothing gives you the power to play judge, to exact judgement over an errand female, as one of them in a WhatsApp group I belong to, that "in Benin (where he stays) walking past someone without greeting is like a sacrilege." Some moments ago, the same person had asked: (in response to a general question of people thought about rape) What about the victims? Abi na only rapist get blame?

That person, in his early 20s, is a student of a federal university. He likely knows a rapist. He's likely on the way to becoming one, because it's embedded into the psychology of men to dominate and police women. In some universities, girls can't walk past certain places at night. When they do, they're subject to sexual and verbal assault. It goes back to secondary school days, when boys would create barricades and assault girls, laughing and earning cool points. "Boys will be boys," so we say until they grow to become men who are see logic in rape, and are rapists themselves.

This is only one part in an interconnected misogynist culture. We train boys to be boys, and girls as objects to be conquered. In return, boys bond over tales of conquered women; women, on the other hand, bond over tales of sexual assault and abuse. Across Twitter, many women have been brave to call our their abusers, and men shouldn't be shocked to see how many they are. We're the rapists, after all.

Deflecting outrage for men's well-documented injustice towards women –as Brymo did– is just foolish. In no uncertain terms should we call out sexual assault. It's people's lives being smeared by the ugly event of a stranger being on top of them in that way; it's our mothers and sisters and nieces. It's injustice for one gender to perpetually terrify the other. And say what you will about how men are raped too (as another person in that WhatsApp group said), but that's deflecting still. As Black people have had to explain in recent times to the pushers of All Lives Matter, when someone's house is on fire you put it out; you don't say all houses matter. That's insensitive, and we must do better.

It may seem helpless, but what we can do is fight. There's a likelihood that more women have had their lives scarred by another rape experience since Uwa's death. It's our collective responsibility to fight for women's rights as they are human rights. Pressure important women's offices; pressure your favorite celebrities; don't rejoice when a politician posts a picture with a #SayNoToRape placard: They can do way more than that. Let's be inspired by our African American brothers and sisters who are right now taking their destiny into their hands. We deserve more from Nigeria and, even if we don't get even half its promise, let's at least, do our part in ensuring no rapist gets away with the act; let's cultivate a culture of nuance, that no rape victim should be ashamed of sharing his/her ordeal; that we teach our boys to be better men than we have been. While we push for policies, these "soft skills" are as important. 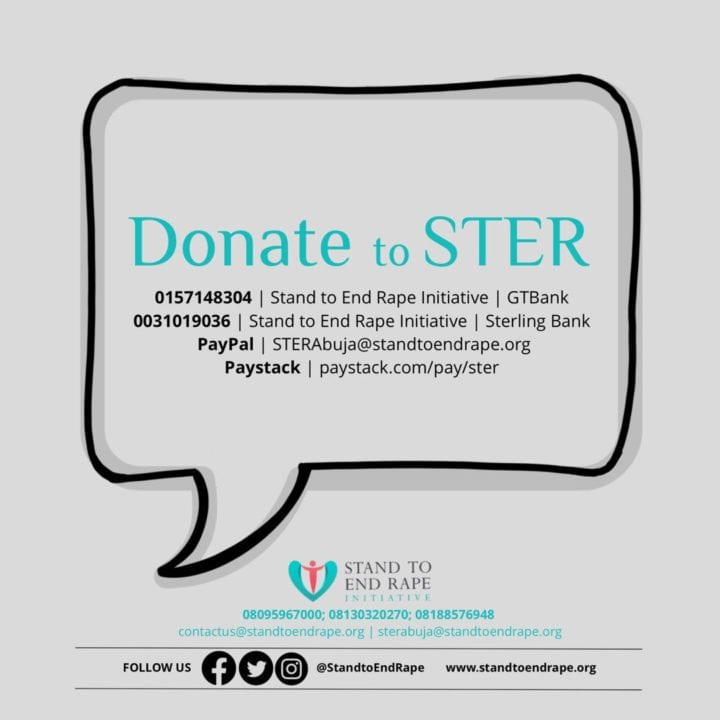 If you are able to, please kindly make a donation to this organization. They're doing great work.

As I write these words, another hash tag has surfaced. Ms. Bello Barakat, 19, was raped and murdered in Ibadan. We must not just trend these names and move on to whatever's next. We must do something, and this is a charge, words written in the crimson red of the blood of the hundreds and thousands of women who are subjected to this injustice each day.