#SexForGrades: Why Is The Standard Set For Falz So High?

Earlier this year, Nigerian rapper Falz released his fourth studio album, Moral Instruction. The album touched on a lot of societal issues and this made many music fans compare Falz to Fela. As a matter of fact, some believed that Falz collected the torch from Fela and is continuing from where the Afrobeat star stopped. Just as some held the notion that Falz is doing the lord's work, there were others who couldn't help but see Falz as a hypocrite. They condemned him harshly for his take on transactional sex. It's unfortunate that despite all the things the rapper talked about on the Moral Instruction album, that was what caught the attention of many. But then, this is Nigeria. 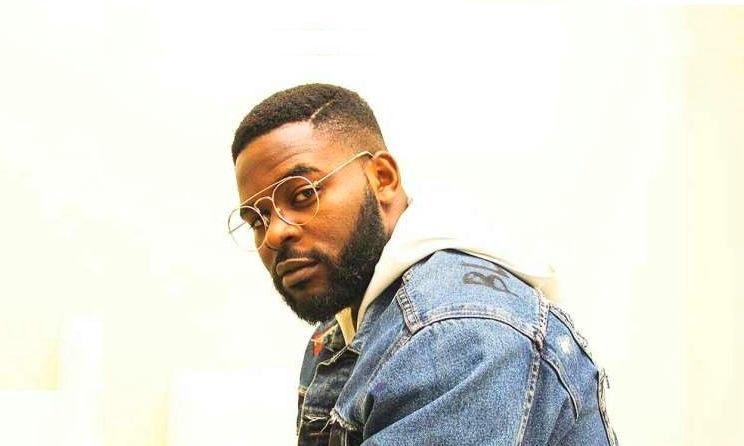 Falz is regarded as one of the most distinct rappers in the  Nigerian music industry. His style of rap is unlike that of other rappers. He raps in a comical tone, making use of English, Nigerian pidgin, and Yoruba perfectly. He has since positioned himself as a rapper who makes commentaries on social issues in the country. He has released songs such as This Is Nigeria, Child of The World, Karashika, Wehdone Sir, Celebrity Girlfriend, and many more. He has won a number of awards including the 2016 BET Award for Viewer's Choice Best New International Act. Some of the acts that Falz has collaborated with are Olamide, Davido, Reminisce, Simi, Reekado Banks, Phyno, M.I, and more.

Musicians have always used their voices to address ills in the society - Eedris Abdulkareem is a good example to cite. It is important to note that nobody is without flaws. Like many other artists who have used their music to condemn the government or any other issue plaguing the society, Falz has his shortcomings. But then, this article is not about where Falz (or any artist) falls short. Falz might have made wrong comments as regards transactional sex, but that doesn't take away from the fact that he has also made valid points on other issues. Yet people continue to criticize him whenever the topic of transactional sex comes up, almost as if Falz is the only Nigerian celebrity appointed to make comments.

Some people have said that Falz is misogynistic. They believe that most of his comments about transactional sex stem from a place of dislike for women, especially as he hardly calls men out. Permit me to say that it's not impossible for him to be. But why exactly have we made it a mission to bring the man into every discussion that revolves around transactional sex? Folks on Twitter never miss the opportunity to mention Falz once the topic is being discussed. As if him making comments will somehow make the conversation more relevant. If I were to be brutally honest, it is highly unnecessary. Especially as we have established that his perspective on transactional sex doesn't hold water.

Yesterday, a documentary about #Sexforgrades by investigative journalist, Kiki Mordi, for BBC was released. It was about the sexual harassment that many female students in Universities in Africa have suffered (and are suffering) in the hands of the lecturers behind closed doors. The documentary was very disturbing and emotional. It reveals the sexual violence that women have continually endured from men in positions of power since time immemorial. It generated a lot of reactions on social media as the video immediately went viral. Sexual abuse in Nigeria has remained a serious problem; one that has been difficult to tackle. There's been the case of Pastor Biodun Fatoyinbo, who has been accused by many of rape. Some women (and men) have also protested heavily against it, like the #marketmarch and #churchtoo movement.

What surprises me, however, is how people are drawing a parallel between sexual abuse and transactional sex. What the BBC documentary revealed is how lecturers make use of their position(s) to harass female students, especially the struggling students who are usually vulnerable. It's not about a consensual sexual activity between two people that involves mutual benefits. It eludes me how some people on Twitter have dragged Falz into the conversation. These people opine that Falz, because of his previous takes on transactional sex, should make comments about the #Sexforgrades trend. What exactly do these people want from Falz? You want him to make comments so you can point out the flaws in his thinking?

Although. Falz would later react to the tweets. Many Twitter users expressed their opinions over Falz not passing any comments about the #Sexforgrades trend as well as people questioning those who attacked Falz.

It takes a special kind of ignorance to try to drag Falz at a time like this, not after Moral Instruction.
Man's not obligated to speak on every societal ill.
Asking "where is Falz?" is simply a poor attempt at mischief.#SexForGrades

Within the past 2 weeks, hasn't tweeted more than 5 times.

But he should've immediately dropped everything & come tweet about #SexForGrades to satisfy you cos he sang about transactional sex earlier & you didn't like his take.

You're an entire circus.
??

Where is Falz. A topic he’s passionate about has been trending all day and we haven’t heard a peep.

I want to know how in God's name Falz got dragged into the whole #SexForGrades issue. Is he a lecturer? Cos I'm sorta lost! ?

Ozzy wants Falz to comment on the #SexForGrades investigation. Not the Minister of Education, not Unilag VC, not the National Human Rights Commission, not even ASUU. Misplaced outrage as usual.

Ever since Falz talked about “transactional sex” in his song, some certain individuals have been holding a grudge against him for bashing their hustle.

Now they’re using the #SexForGrades issue as an avenue to drag him because he didn’t address it until 5 hours ago. Nitwits

Falz has said a lot of things about a lot of things. He’s been an important voice. I may disagree with some of his views, but I won’t throw the baby with the bath water. Dragging him because he did not tweet about #SexForGrades (till 5 hrs ago) is in bad taste.

I don’t understand you guys bashing Ozzy. I totally agree with her. Falz needs to have spoken up a long time ago. Before the video came out and even before the birth of Kiki Mordi. Falz’ voice on this #SexForGrades matter is the only true key to the liberation of our girls.

This is what Falz had to say;

I don’t think this is a time for baseless animosity. I have and will always speak up against all forms of sexual abuse. Yesterday, today, tomorrow. What we should be doing is working together to get rid of this dysfunctional system that allows women to be taken advantage of.

Las las, just like the rapper said in one of his songs "Everybody is a modafuckin hypocrite o"