Not many artistes that started off in the music career about a decade ago have unlocked OG status the way Runtown has, in a casual leisurely manner, at his pace and taste, while still being relevant and well-loved by young artistes and music lovers in general. A self-dubbed Sound God at the initial stages of the christening, his claim has never been disputed as he very well earned his name with hits like Mad Over You, For Life Said, Kini Issue and several others. Now the Sound God, Douglas Jack Agu, is back with another project, his fourth studio album, Sound God Fest Reloaded, a 12-track-long offering of different summer-tinged flavours of music, all with an infusion of Afrobeats to put good to the name, Sound God. In this piece, we outline 5 songs from this rich buffet to help you get the best of the album before having a deep dive in the full form. Here’s a review of Runtown's Sound God Fest Reloaded in 20 minutes: 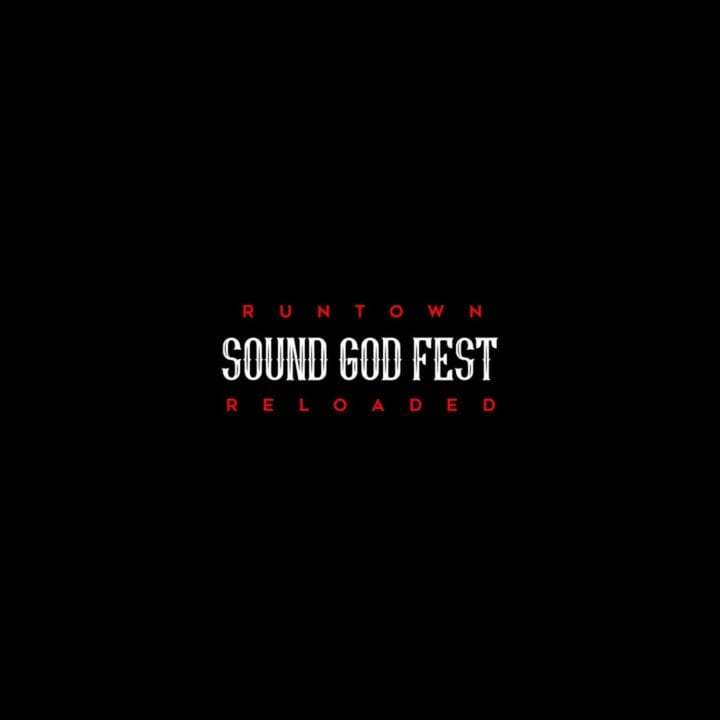 If Fuck Eh Up was the invitation to the summer party Runtown offers on his Sound God Fest Reloaded, then his Minz-assisted Sativa, is the sensually smooth, luxurious ride to the beachside. On this record, the two artistes give a robust duet about a lover whose favourite plant and aphrodisiac is the THC-potent plant, marijuana.

It starts off with rousing trumpet riffs supplied by Made Kuti, grandson of late Fela Anikulapo Kuti, and energetic samba drums that instantly call your body to gyration as Runtown sings about the words he was taught by his mother as regards the wicked ways of man.

On this track, Runtown shows full range as he switches the tone of the song to a calm reggae feel with colourful bass guitar chords going off in the back as he sings about the type of love he needs.. This instantly slows the pace of the album down while refreshing the listener, making his 6th track of 12 songs the perfect interlude without naming it thus.

Another unusual thing that Runtown’s Sound God Fest Reloaded project has is quadruple features with Darkovibes and Minz who appear on four fluid tracks with Runtown. Vigilante Riddim is one of such marriages which blends Runtown’s smooth sanguine singing with Darko’s powerful singing range where we see him switch from ghetto soldier to singer over heavy and heady 808s that make the record a slow club banger.

On this one, he features Minz for the third time but for the first time, creates an introspective slow banger that is essentially a Gospel Riddim unlike any thanks to the consistent 808s and stripped-down piano chords.

While this review of the album is sure to have you hooked to the sounds created by Runtown on his Sound God Reloaded Fest, do let us known your 6 personal favourite songs off it, that’ll make for a 20-minute trip to the tropical planes Runtown creates with his music.