Rappers Are Loving Themselves: Finding The Space For Nigerian Hip Hop To Thrive

At the peak of their powers, two of the biggest rappers in the country went against each other. It was Ruggedman against Mode9. A fish around the blogs of the day fancies that the rappers were pitted against each other because of their styles. Ruggedman isn’t disillusioned. In an interview he granted Pulse Nigeria, he said [of Modenine]: “I met him [at a social event], I met everyone, we were cool, I left, that was it, but you know, if you ask me to say, maybe that was part of the…[speculating from Mode9’s view point] Why is he like that, why is he bigger, why is he making money and why not us, why not we the Hip-hop heads, that’s the only angle I can see it from.”

These rappers have different philosophies when it comes to language as the vehicle for lyricism. Ruggedman suggests elitism on 9’s part. Employing that phrasing, “we the Hip Hop heads,” Ruggedman alludes to the purist tendencies of his colleague. 2008s “Death Blow,” widely regarded as one of the best Nigerian diss tracks ever had the bar “You rap for mechanics/ I rap and you panic.”

Mechanics, to use the word broadly in this sense refers to those who can’t grasp Mode9’s lyrics, or bump his hardcore albums on a car while going to work. To a cult of fans who swear by his hard-hitting punchlines, Mode9 is GOAT; the Headies, Nigeria’s biggest music awards show, has honored him with the Lyricist on the Roll award for a record seven times. For quite a long time, the neo-colonialist construct of which language was the superior rap language had many Nigerian rappers writing their rap lyrics with the intention of being obscure. And Headies, as an awards show, before the mass infiltration of indigenous rappers, supported English’s dominance. 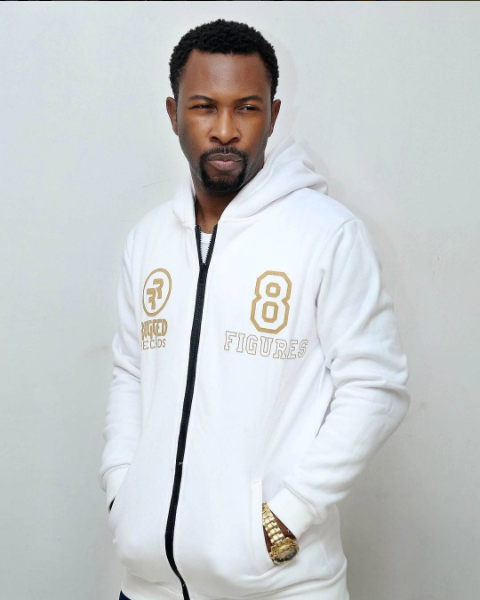 Great (and different) things were yet on the way. As rappers like Olamide and Phyno demanded a stake, Hip Hop–loving Nigerians were forced to interact with the languages in which they negotiated this. Ruggedman’s ideology which favored indigenous elements in Hip Hop proved to be more acceptable by the more progressive generation, marked by the emergence of two rappers who would go on to conquer all that stood before them. Phyno’s haughty stories were brash, his lines spiced with the poetry that is inherent in the Igbo language –his album No Guts, No Glory remains one of the greater Nigerian rap projects of all time. Lagos and its madness was the muse for Olamide’s craze, with much of his early music marked with a Lil Wayne-Esque shock value that consistently pronounced his person. When the rappers teamed up to make “Ghost Mode,” there could have been only one outcome: a hit song. In its time, the song shared a similar level of popularity with “Oleku,” which was released 27 months prior —they were rap songs that easily found a place in the mainstream’s groves.

These are rap songs that wittingly pair the suaveness of the local (this was provided by Brymo in “Oleku”) with English, an invite to more ears. It is no surprise that both rappers (Ice Prince and Phyno) mention M.I as an inspiration. Jude Abaga will be written favorably into history for his tact. Man’s a clear-headed genius whose critically acclaimed projects have challenged the ways in which Hip Hop can be made for the Nigerian.

However, for all of M.I’s greatness, one could make the case that Olamide boasts a similar (perhaps greater) level of influence on newer artistes; his contemporaries even. The last years of the 2010s, local rappers –the problematic term which was used to describe rappers who delivered their songs indigenously– broke out of bars and asserted themselves. This set of rappers, like CDQ, Zlatan Ibile, and Lil Kesh, amongst many others, have an in-road (to access Pop spaces) cut for them, one would argue, because of Olamide. Through his songs which varied in theme, from anthemic jams (“Lagos Boys,”) to philosophical musings on life (“Anifowose“), Olamide has proven to be fluid and sonically competent.

His records has contributed immensely in stretching the possibilities of what it means to be a local rapper.

The medium was never the great problem, it seems. Local or English, Nigerian Hip Hop commercialization problem is more nuanced and whatever crises in language and identity shouldn’t be deemed its only concern.

One need be reminded of the African proverb: let the eagle perch and let the kite perch. If one says no to the other, let its wings break. Misconstrued easily, the varying levels of fame (and its financial reward) gets to be a heated topic of discussion. Naira Marley may very well be richer than a rapper who’s had about six projects, has been “keeping it real” since 2009, and has a relatively small but loyal fan base. To even the casual observer, Naira Marley’s rap (which heavily relies on local elements) is the in-demand Hip Hop now, and is certainly more commercially-viable.

This wasn’t always the case. The uber-emotional 2face record “Ole” featured an Freestyle verse that is perhaps the greatest feature verse of all times. Freestyle is easily in the bracket of “lyrical rappers” who by virtue of being this, wasn’t “local.” And yet, he got a nod on a major song by one of the biggest Afropop acts at the time. Davido, in 2012, called on Ice Prince and not a Nigga Raw to complement “Feel Alright” with a sixteen.

As the past decade shifted and caught on to the buzz of Afrobeats, it favored locally-flavored Hip Hop. The joyful and sometimes heart-wrenching tales of the streets took center stage. Whenever we got around our individual and collective traumas (often triggered by the Nigerian state), we were a joyous collective. This joy-filled the body with the desire to dance. In 2017, Shaku Shaku was it. In subsequent years, we will find in Zanku, an electrifying dance step that quickly built a world around itself. From Mr. Real to Zlatan Ibile, local rappers stepped up to the microphone and fused their raps in sync with Fuji-laden beats and incorporated the Zanku dance in their videos. They made fire rap songs, whether you admit it or not.

M.I made fire music too —in 2018, he kept up with his consistency, releasing Rendezvous, a playlist. It was a collaboration-heavy project which once again M’s uncanny ability to make the conceptual album which carried many people along. With contributions from artistes as diverse as Odunsi, Blaqbonez, Ghost (of SDC), amongst a slew of other features, the music let off the ease of a car filled with celebrities, cruising through the Lagos night and taking goofy selfies (MI in fact, structured the playlist’s concept to that of an all-boys night out). An almost alien life to that being portrayed by the local rappers who unflinchingly tell glorious hustle tales which resonated more with people who negotiated with that reality day by day.

And yet these are our stories. To some English-speaking rappers, I suppose, rapping in the official language offers a direct link to America where, in the Bronx, Hip Hop began as a tool to fight institutionalized oppression. Rapping in English, while being the most comfortable vehicle for their raps, also lends itself to a wider audience, with the music being less about one’s personal stories and more about how the listener –regardless of language– can fashion some knowledgeable sense of life out of it. More than ever, Nigeria now has a steady supply of these rappers. And what’s better, they exist in real-time, making political and socially conscious music that speaks on a macro level to the Nigerian experience. 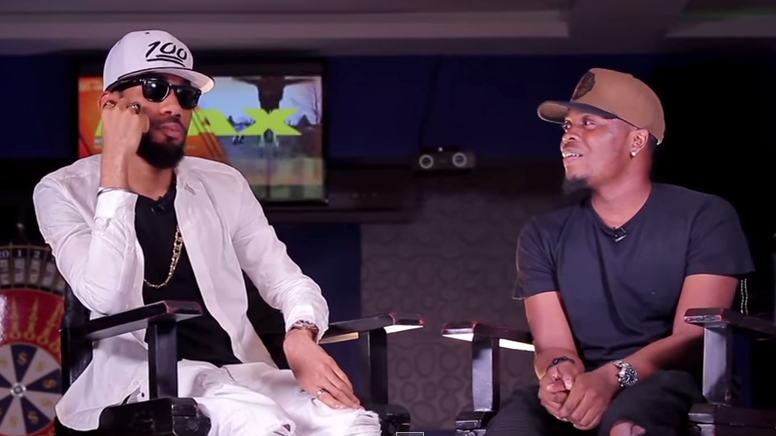 At the beginning of a decade that holds immense possibilities for the genre, there are very different players –stylistically, that is– on the Hip Hop turf which signifies robustness. Per monetary gains, it isn’t the scene we’d have wanted but at least we’re making something of it. With the exception of trend-satisfying diss tracks which momentarily cast all the wrong lights, rappers are loving themselves. Collaboration is –should be– the word of the times.

As a listener, the biggest support would be to look for your kind of Hip Hop and support it legally. Attend shows, buy the merch. These fund the artistes (and by extension the culture), and not twenty million naira on the table for two of our most culturally relevant rappers to do battle with personal and injurious jabs.

PS: Notjustok recently put out a list of The 40 Nigerian Rappers Of The Decade, as impossible as that seems. CHECK IT OUT.