Notjustok has some exciting news! We have given the Mynotjustok app a complete new look. Say Goodbye to MyNotJustOk and Say hello to Mino Music!

After a year of rebuilding and rebranding, we are finally ready to launch our new and improved streaming app for our beloved users who have been with us throughout the years to finally enjoy.

We believe that our decision to rebrand the MyNotJustOk app was necessary for a few reasons.

1. We needed a new brand identity for MyNotJustOk. Although many of you enjoyed and were avid users of the app, there were still a large number of people who found it hard to separate the MyNotJustOk app from our main NotJustOk blog.

2. We needed to expand. And with growth comes change. In order to become Africa’s ultimate streaming platform for African music, we needed to make some necessary improvements. Not only did we make these changes for our existing NotJustOk family, but for the new users we want to attract as well.

The app’s new name, “Mino”, means “music” and was derived from the South Sotho language of the Basotho people, an official language spoken in Lesotho and South Africa.

Apart from the new name, we’ve changed the logo, created a new vibrant color palette for the brand, created new typography and have a new tone of voice. The logo is more modern and is a simple wordmark with an icon which uses bold curvy strokes to depict the letter “M” in “Mino”, and the movement of sound waves in an upward direction symbolizes the concept of streaming music. 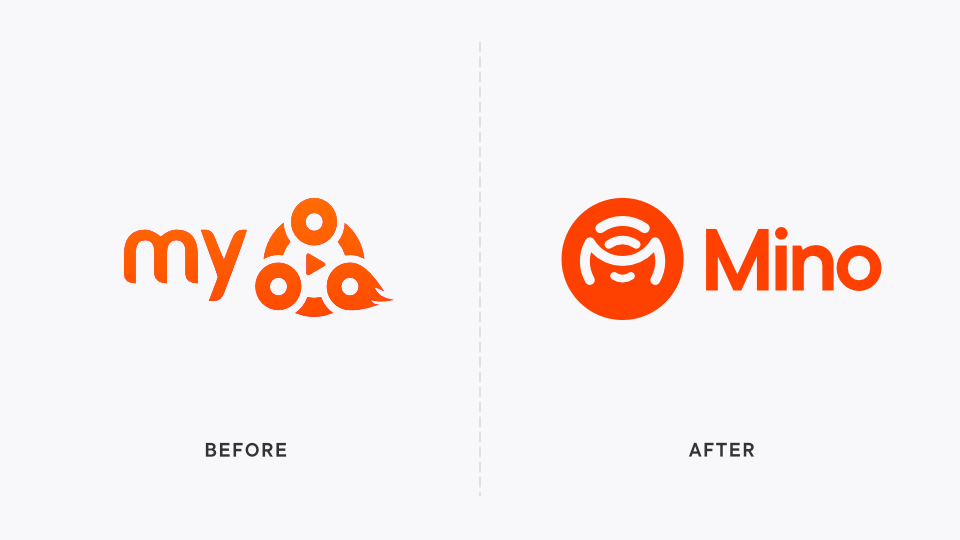 The shade of orange for the New Mino Music app is deeper than the orange we used for MyNotJustOk because we believe that this new orange represents the warmth, sunshine, enthusiasm, happiness and joy that emanates from the people of the continent of Africa.

Another big improvement is that we’ve built an Android version of the Mino Music app! Now, both iPhone and Android users can enjoy our brand new user interface and listen to all the African music they’ve ever wanted to, all in the palm of their hands.

We’ve made the Mino Music app simpler and more user-friendly. Anyone can navigate through the app to find brand new music from the “Essentials” carousel, then scroll through numerous playlists that are curate by region, music genres, and even mood and emotion.

Our design team has worked tirelessly to make an app that we want our users to be proud of. All your favorite playlists from Naija and Ghana Top Hits, to Bongo Flava and Gospel, now have cooler and more eye-catching designs, making the Mino Music app more high quality than ever before.

The features most notable on the MyNotJustOk app, such as offline downloading for fans and user uploading for artistes, PR, and record labels will still be present in the Mino Music app, but with major improvements, making these features easier to use for everyone.

The Mino Music app is available in the iOS and Google Play stores starting today. Make sure you download the app and start streaming as soon as you do!