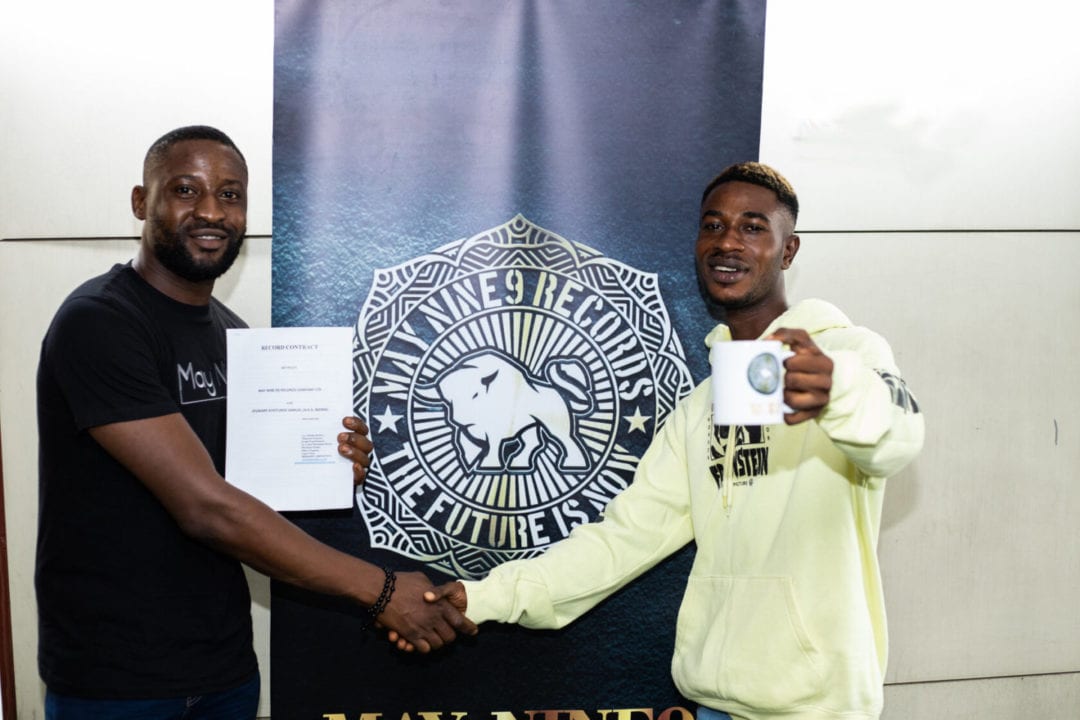 Beema, who hails from Sagamu, Ogun State has over the years honed his skills as a super talented underground artist before gaining recognition in his hood and in his campus.

The artist holds a degree in Mass Communication as well as a National Diploma from Lagos State Polytechnic (Laspotech). He was a well-known musician in his university and headlined every major show on campus. In 2015, he was awarded the Best Campus Artiste during his National Diploma program at Lagos State Polytechnic (Laspotech).

In his own words, ‘it’s all God’s engineering at work and I’m super delighted to be where I am now in my career in the capable hands of an experienced label and team. I remember how I emailed my unreleased singles to May Nine9 Records, and now I'm living the dream.

Speaking on why Beema was signed to the label, the CEO Tunde Somotun said, ‘he has a burning passion and raw talent, he’s humble and ready to work and we believe together we can make magic”.

Beema is now ready to release his official debut single titled “Unbelievable” in May 2021.