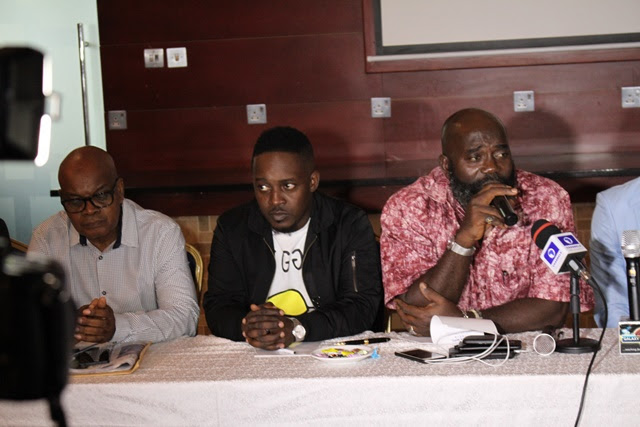 The looming revocation of COSON's licence and its consequences for musicians, composers and other rights owners have prompted a call for urgent action by the Nigeria Copyright Commission, the Nigeria Police, and the EFCC by music industry heavyweights.

The call was made at a stakeholders forum/media chat held at Protea Hotel G.R.A Ikeja on Wednesday June 6, 2018 by key players in the industry who are of the opinion that the regulator, Nigeria Copyright Commission should focus on dealing with the identified erring officers of the society as against revoking the hard-earned approval of the operating licence of COSON as penalty for failure to comply with its directives since the beginning of the crisis on December 19, 2017.

Ace production consultant and president Association of Music Business Professionals (AM.B-Pro), Edi Lawani, In his opening remark on behalf of co-conveners - Sound Sultan (artiste and executive), Tola Odunsi (label executive / video director / film maker) and Pretty Okafor (PMAN President), expressed dismay with the current state of affairs that has forced the convergence of key stakeholders in the same location where efforts towards the establishment of a viable collective management system for Nigeria crystallized into the creation of the Nigeria Music Industry Coalition about a decade ago. That coalition birthed COSON, the promising institution whose very existence has been thrown into peril by the lingering crisis caused by Tony Okoroji's desperate hold on to the reins and the Efe Omorogbe-led board's insistence on his sack as chairman and full forensic audit of accounts and operations of COSON under his tenure.

To avoid throwing away the baby with the bathwater, many stakeholders stressed that officers who have refused to comply with the directives of NCC should face sanctions from instead of penalizing the organization.

Edi Lawani who was one of the founding fathers of COSON stated, “If the NCC recognises that some people are impersonating to be what they are not and what the NCC does not recognise them to be, then the NCC should focus and deal with that problem rather than suspending the licence of COSON ... So this is a clarion call to the NCC to please have a rethink and deal with all the issues that border or hinge on illegalities, there is a procedure for doing that, we have the court we have the police.”

Some of the stakeholders also criticised Tony Okoroji's continued deployment of right holders' royalties to wage legal, media and sundry battles against directors who have maintained a call for independent audit and other perceived enemies or opponents.

A draft statement was circulated amongst guests at the end of the forum and a vast majority of the stakeholders in attendance appended their signatures to affirm their agreement with the position. 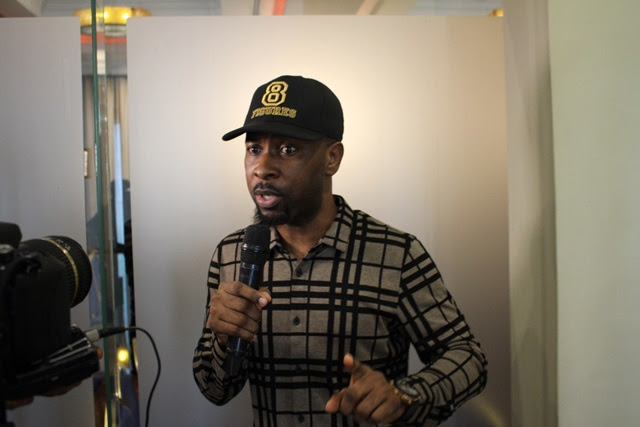 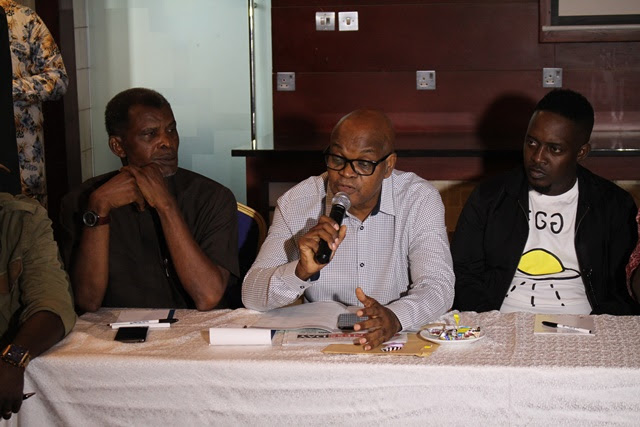 At a critical time like this in the life of our nation when the revenue from crude oil is declining, unemployment rate is alarming and youth restiveness and violent crime are on the rise, the creative sector which has shown clear signs of being a key driver for succor has been engulfed in a debilitating crisis occasioned by the condemnable actions of Tony Okoroji and a few uninformed accomplices.

In less than two months from today, what started as a routine sack of a non-executive chairman of the governing board of Copyright Society of Nigeria COSON Ltd/Gte (COSON) for clear and indefensible infractions, a ban on directors servicing the society in paid consultant/agent capacities and call for probity would have snowballed into the revocation of the operating license of the CMO which have collectively birthed and grown to serve the generality of right owners and halt the deadly hemorrhaging of the industry due the lack of a functional collective management system for music copyright in Nigeria.

Tony Okoroji has bluntly refused to accept the vote of no confidence passed by his colleagues on the board. He has refused to respond to the enquiry of key right owners, COSON members and stakeholders to address the infractions listed by the directors. Okoroji has refused to accede to widespread demand by members for him to step aside and let a full forensic audit of accounts and operations under his tenure vindicate him or establish the veracity of the allegations against him. Okoroji has refused to comply with the pronouncements and directives of the industry regulator, Nigeria Copyright Commission.

Tony Okoroji has instead, maintained a stranglehold on the reins at COSON and launching a legal and media war against any and every dissenting voice using the apparatus and of course, funds of right owners whose royalties the directors are duty bound to protect.

The result today is six lawsuits instituted or instigated by Okoroji and numerous expensive but self-serving PR and media stunts all in a desperate bid to perpetuate the illegality that is his purported reinstatement as chairman, a damaging perception baggage for the society and indeed, looming revocation of the operating license scores of well-meaning stakeholders have labored to secure and maintain for over a decade.

It is a tragedy that at a time when CMOs like SAMRO (South Africa) and MCSK (Kenya) are reporting figures like $9.8b and $20m respectively in 2016 royalty earnings, Nigeria, a much bigger music matter is celebrating about $1.17m in 2017 earnings and grappling with the embarrassment of a COSON that one man would clearly rather keep under his total personal control in perpetuity or selfishly force into premature death.

It is the opinion of the legitimate board and a good number of stakeholders that in the light of the commission’s vantage view of the history and the root cause of the crisis and the clandestine agenda of the perpetrators of the illegality that has put the very existence of the society at peril, the responsibility of enforcing compliance rests with the commission and we therefore call on the commission to deal decisively with the erring persons.

An overwhelming majority of members – the bulk of whom own the repertoire from which licensing royalties are earned – have demonstrated a desire to operate strictly by the rules as spelt out in the copyright regulation, establish world class corporate governance standards and safeguard the interest of right owners. It is indeed, grave injustice for the majority to suffer for the shenanigans of a desperate sacked chairman, along with a few self-serving agents.

While the Commission and sister agencies like the Nigeria Police, Economic and Financial Crimes Commission (EFCC) and others must act now in the interest of members of a critical sector of the Nigerian economy, Okoroji’s access to and abuse of funds belonging to members continue to embolden and empower him in the continued disregard for constituted authority, abuse of court processes, and war of attrition against perceived enemies.

Stakeholders therefore call on the Nigeria Copyright Commission to rise up to the occasion and ENFORCE compliance as a matter of urgency. We demand affirmative ACTION. NOW! 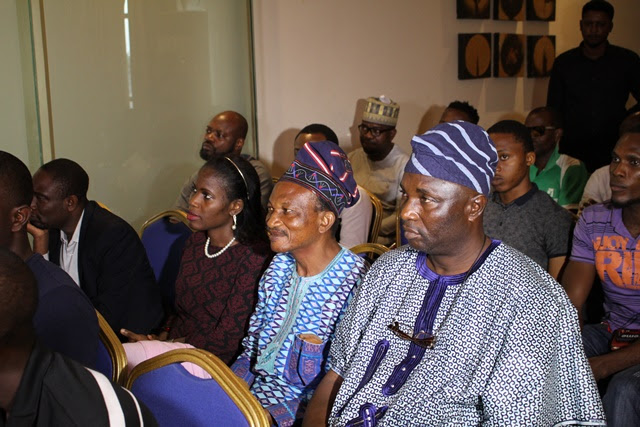 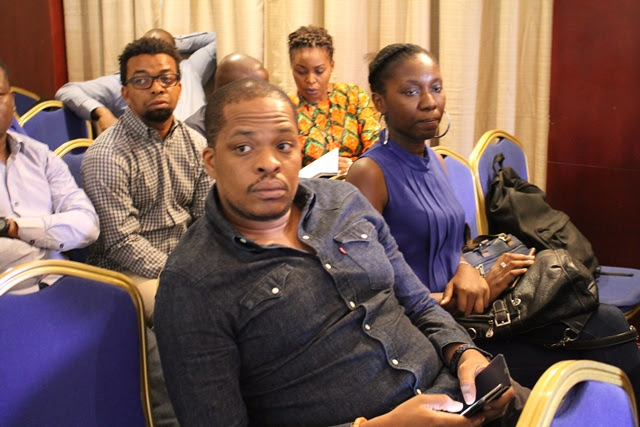 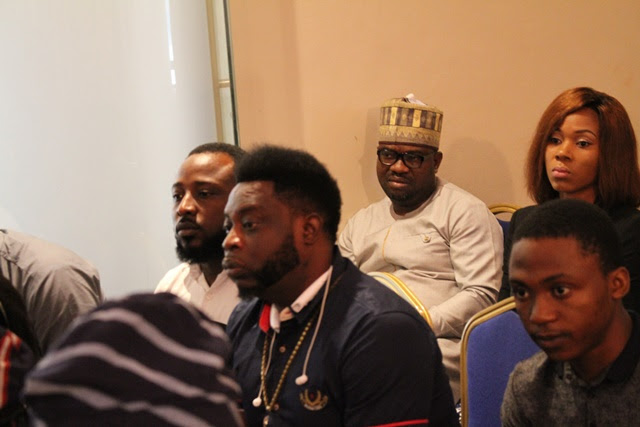