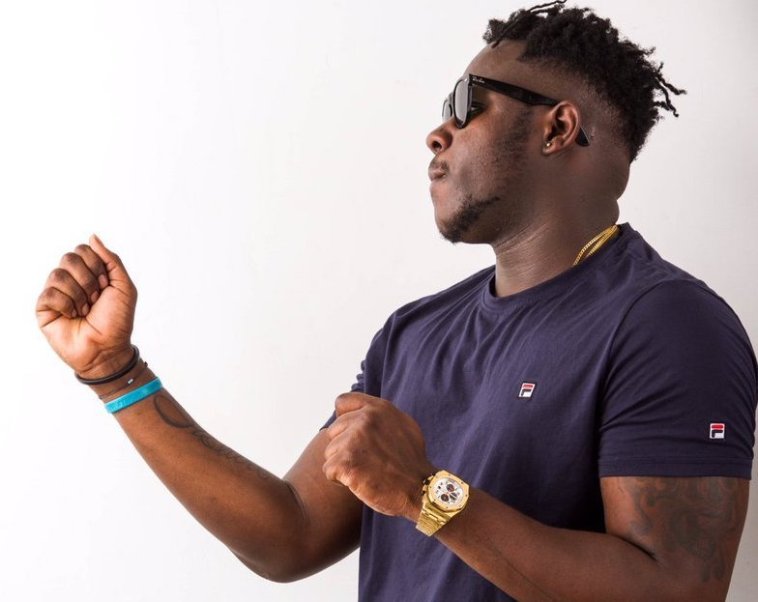 The West African nation of Ghana has slowly but surely been making a statement in the African music scene. A talented nation in its own right, every year Nigeria’s not-so-distant relative produces new stars, and their existing stars step up to the plate as well.

Some of their superstars which we already know and love, such as the likes of Sarkodie, R2Bees, Shatta Wale, and many many more churn out hit after hit.

On the other hand, rising stars in their thriving hip-hop scene and afrobeats stars on the come up deliver their own certified hits, rubbing shoulders on the charts from time to time with some of Ghana’s biggest acts.

With the year being more than halfway gone, we want to take a look at the top joints we’ve been graced with by Ghana. The following is a list of the most notable songs out of the multitude of content the creatives of the Gold Coast have churned out so far this year.

Pappy Kojo delivered what could arguably be the best hip-hop joint out of Ghana this year. At the top of the year the “Fante Van Damme” (his self-given alias due to his lyrics being predominantly in the Ghanaian language called Fante) released this extremely infectious head bopper featuring rapper Joey B and producer and Azonto genre originator Nshorna Muzik.

This song dominated radio and the streets, which really isn’t common for a hip-hop song in these afrobeats times. Because of the language barrier you may hardly be able to make out most of what the rapper says, but he definitely always delivers in style, assisted by Joey with a super quotable hook.

Pappy scored a heavy hit with this one!

J.Derobie is a newcomer to the Ghana music scene whose debut single “Poverty” has had considerable impact, turning the brand new act into an instant star. It started when a  mobile phone video clip of him singing a portion of this song went semi-viral and was shortlisted into Mr Eazi‘s “Empawa” program.

The song received funding from him and became a complete single and video which went on to do just as well as the short video clip did.

The dancehall song complete with patois lingo, was endorsed by Jamacian dancehall heavywights Popcaan (also birthing a remix featuring him, check it out here) and Kranium, as well as several top Ghanaian musicians ever since its release, launching a promising career off the back of one song.

Dropped December 2018, this joint by renowned Ghanaian disk jockey DJ Mic Smith made major waves this year, starting slowly but eventually making its way into every playlist and chart.

Named after “jama”, the indigenous genre of Ghanaian music (similar to Port Harcourt’s “gyration”, and identified by the use of various live percussion instruments and repetitive call and response chants), the song featuring Ghanaian rapper Shaker and our very own Patoranking is a very humorous take on what it means to spend money on others for the wrong reasons.

“You carry woman go club, you spend all your money, the girl talk say she no do you come dey cry!”

In  recent times rapper producer and renowned hitmaker E.L has had quite the dry spell, not having a full mainstream hit since early 2017, despite him regularly dropping music ever since then.

Fortunately the rapper made his comeback this year by delivering his first chart topper in quite a while.

The song is titled “Higher”, and it’s an inspirational afropop cut, which he says is off his upcoming album “WAVs (West African Vibes)”. The song ran a full takeover, dominating the airwaves and bringing back the E.L we’re used to. Lomi!

Following the release of their brand new studio album “SITE 15” , R2Bees dropped the official video for this single from the project.

R2Bees is one of those acts who never fail to deliver hits, no question about it. This joint by the superstar duo is no exception, becoming a mainstream hit shortly after its release. I mean what’s radio without R2Bees on it?

The duo delivered their performance to the smooth afrobeats tune in a fun video, which took the form of a reality show called “Pursuit of Love”, where an eligible bachelor tries to choose between a number of beautiful women, with a cameo by Darkovibes.