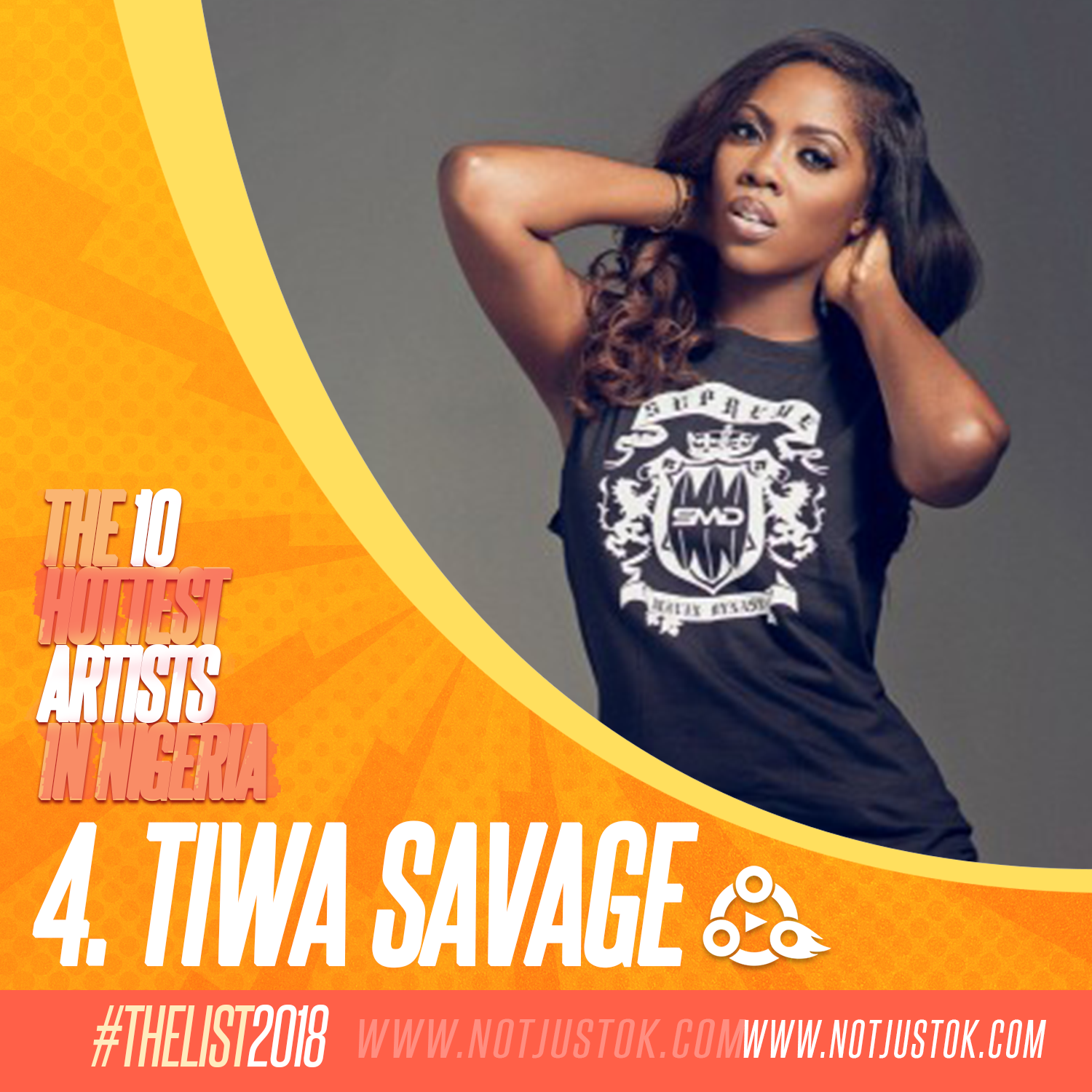 The superstar diva started the year playing a key role in the monster hit, "Diet" alongside DJ Enimoney, Reminisce and Slimcase. The song came with its own fair share of controversy as, just like Olamide's Science Student, the lyrics appeared to glorify drug abuse.

Tiwa Savage successfully distanced herself from the fallout and continued serving up amazing songs like "Get It Now" featuring American star, Omarion.

However, her next two official hits were "Tiwa's Vibe", and the instant fan favorite, "Lova Lova" featuring the 2018 comeback king, Duncan Mighty.

One could argue that the best of the bunch is Tiwa's latest single, the soulful "One", co-written by Wale Turner, a song she released just after being crowned the "Best African Act" at the MTV Europe Music Awards 2018.

Tiwa Savage's career is exemplary. She sits pretty high up #TheList2018 in a male-dominated industry, showing that women certainly can climb to the top. I still hope and pray a Nigerian female act tops #TheList in the very near future. It is possible.