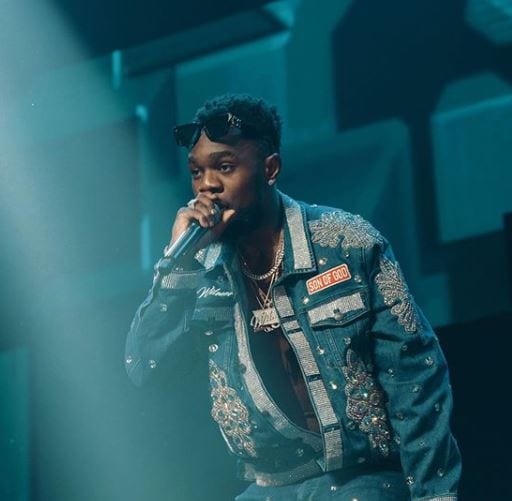 In anticipation of his forthcoming 'Three' album, we highlight Patoranking's best songs.

Since he made his bow in the last decade, Patoranking has been one of the continent's most enigmatic performers, combining a rare appreciation for pristine sounds with a witty approach to songwriting. The result is a catalog packed with great records which have sound tracked lots of fun and inspiring moments.

Tomorrow, the Ebonyi-born artist will release his third album, titled Three, and in anticipation, we highlight some of his best songs.

Patoranking certainly did something with this master stroke. Produced by the talented Telz, "Abule" is a return to the streets, an unglorified account in the way few songs are. Doing a madness all over the country, it's only proper the record makes this list –and were it ranked, "Abule" would feature highly.

My Woman, My Everything ft. Wande Coal

There's nothing Wande Coal cannot do and this is one of those songs he demonstrates the fact. Combining with first phase patois-heavy Patoranking, the legend supplies the iconic hook for which this song will be remembered. Patoranking flexes lyrical muscle while threading by the groove. Easily one of his biggest and best records.

Wedding records will never go out of style. Patoranking, on "Happy Day" provided his generation one of the more memorable wedding songs, pairing his likable personality with an enduring message of love that was sure to win over listeners.

"Alubarika" might have been his breakout single but it was "Girlie O" got Patoranking Nigeria and beyond. A contemporary classic, this record is that one song that'll never go old.

Fela has served as inspiration for generations of Nigerian artist since his death. On "Lenge Lenge," Patoranking channels, both in visual and song, the intricacies of Afrobeats –a full boisterous experience reliant on live instrumentation– and relays his own preferences in a woman.

I'm so excited it's already weekend!

When Patoranking dons this green-yellow-red Dancehall hat to make a love record, it's usually a memorable effort. And "Suh Different" ranks highly in that Pato category, a sensual slow whine groove that can double as a February 14th entry.

The visuals of this record was an outworldly experience, a cinematic beauty. It mirrors the song itself, a call for world peace from Patoranking. Considering the state of international relations today, it's a message to be had –love.

Although it was the first time they'd gotten on a song together, Patoranking and Davido showed great chemistry on "Confirm," an aspirational banger which featured, by way of Davido, one of the hottest pop verses of 2019.

To be born in the trenches of the ghetto is to be hopeful even while hard working, and Patoranking's ethos on "Make Am" was a record which resonated with a lot of Nigerians, especially those from generally low class areas. In the vein of the more recent "Abule," Patoranking preaches a positive message while furthering its commercial prospect with an intrinsic sound that stayed close to its roots.

Back to where it really started. Patoranking, with dreams of being the biggest music star after Bob Marley, rode this guitar led song with style and substance, pursuing a dreamy future which banked on talent and the divine. Then label boss Timaya also did his thing, a touch of finesse to one of the best songs ever.