5 Things You Should Know About Wizkid’s “Essence” Producers, Legendury Beatz

One of the names that have been instrumental to the change in the Nigerian music industry is the music-producing duo, Legendury Beatz.

It would always remain a thing of marvel how the Nigerian music industry has moved in leaps and bounds, from birthing sounds that catered solely to the Nigerian populace, to an international one. But it is also undisputedly a testament of hard work, constant evolution, and collaboration. Before the dawn of this current golden age, several components of the rising music scene had been largely unrecognised. And music producers were at the top of the list of the underrecognised soldiers. That narrative is gradually changing with things looking up not only for music artists but the producers who lay the foundation and finishing touches to the music we hear. One of such names that have been instrumental to this change is the music-producing duo, Legendury Beatz. Striking out by scouting for artistes to work with at clubs, the producers’ story is an inspirational one highlighting the humbler days of the music scene. Despite the commonplace familiarity with their name and records they’ve blessed, the producers remain a mystery to most. Here are 5 things you should know about Legendury Beatz:

Legendury Beatz is an actual representation of the plural ring the ‘z’ behind the name bears and not only depicts works from the duo but the fact that it is made up of two siblings; Uzezi Oniko and Okiemute Oniko. With three years in between them, Uzezi takes the lead as the older brother of the music producing and songwriting duo, with Okiemute, also known as Mut4y, being the younger of the two. 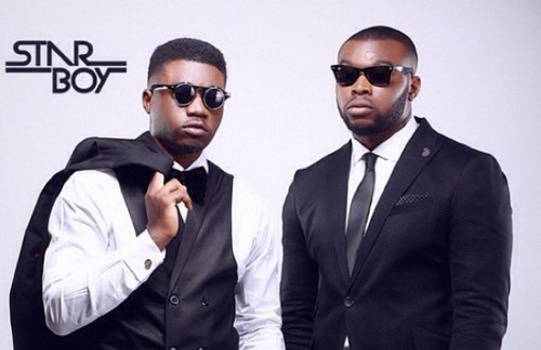 The homegrown music scene has a long way to go in terms of structure but has come an even longer way yet. The Oniko brothers can attest to this back when they were striving to make a name for themselves as they’d worked out a strategy of scouting artistes at clubs, event shows and the likes. They’d then centre their skills and attention on the artiste to get the best of the relationship.

With this strategy, they got to work with Weird MC in 2009 and eventually expanded their network to capture other acts like Brymo, Mo’Cheddah, among others.

3. Things to know about Legendury Beatz; They produced Wizkid’s Ojuelegba & other hits

While many music lovers may not readily recognise the Legendury Beatz brothers, a survey of their works will reveal that they produced several tracks that soundtracked our more carefree bygon23e days. The duo produced Brymo’s smash hit, Ara, Mo’Cheddah’s Ko Ma Roll, Chidinma’s Emini Baller, Wizkid’s Baddest Boy, his intercontinental Azonto, as well as his iconic Ojuelegba and many other songs. Ojuelegba had thereafter earned Wizkid a remix with Skepta and Drake and had placed him on the global pedestal.

In 2015, they’d won the award for producer of the year for their work on Wizkid’s Ojuelegba.

A label imprint owned by longtime collaborator, Wizkid, they’d gotten signed on as members in 2013 and went on to produce four songs off Wizkid’s sophomore album, Ayo with Ojuelegba being one of the four. They also produced Ginger and Caro which had L.A.X and Wizkid on it. In their prime, the two songs were top of the mind for most people on their list of favourite hits and remain evergreen bangers till date.

The Nigerian music scene and its prime export– its music, is witnessing an epoch-making era that sees a Nigerian song enter into the hallowed top 10 of the US top 40. The first of its kind for the African continent on a whole, the rise and rise of the song has been a joy to watch as it continues to soar organically on a path to become the global summer jam of 2021.

The song is Essence by Wizkid featuring Tems and on it, the Legendury Beatz brothers have been major architects of its success as they were significant in the production process and as a result share production credits with P2J.

In addition to their production work that helped bring to life the loopy, minimalist and tropical-sounding instrumentals that Essence was laid on, Legendury Beatz also brought their songwriting skills to the table and share credits on that end of the song as well.

An undeniable earworm, Essence continues to blaze on the charts of the American airwaves which make up the most commercially recognized and certifiably structured music industry in the world. And as a result of its success, the sheer power of Nigerian creativity and ingenuity is once again, globally appreciated. In light of this and in the spirit of giving flowers to whom due, Uzezi, and Okiemute, the Legendury Beatz brothers, are truly deserving of a bouquet for their work in the steady progression of Afrobeats to the world.