Davido to the World; His 10 Best International Collaborations Ranked!

Over the past decade, Nigerian music has become one of the nation’s largest exports and its musicians have spun afrobeats into a global sound.

This could not have happened without the strides of visionary acts in the game who created, explored and experimented with their sounds to attune ears of the international audience to it.

These acts not only fused sounds together but also negotiated and leveraged their talents and relationships with their international counterparts to get global acclaim.

One of such acts is music star, Davido who hit the scene running in 2011 and has made stellar moves ever since. 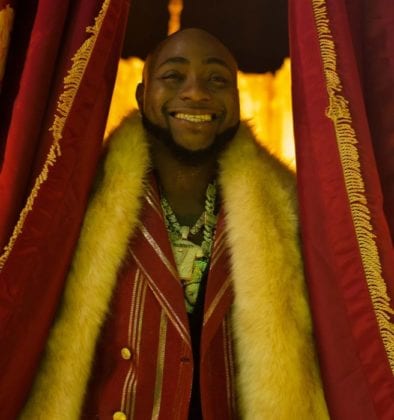 Davido sits on a stack of collaborations from a long list of international artistes which no other Nigerian musician can boast of.

Here is a top to bottom ranking and review of Davido’s 10 best collaborations:

This was the genesis of Davido’s foray into the international market. For this, he took shrewd baby steps as he collaborated with South African singing duo, Mafikizolo, who were old hands at the game.

‘Tchelete’ which means good life was released on 30th of April, 2014, and became an instant hit that rocked airwaves till December that year.

The collaboration also inspired Nigerian producers to infuse elements of South-African music into their sound and this was evidenced even in songs emanating from the streets.

It sounds like a Davido song and like a Chris Brown song as well; the chemistry is that good. It then pushed the song to the number three position on the World Digital Billboard charts on the 9th of August, 2019.

In fact, the chemistry must have been so good that Chris Brown also recruited Davido for a verse on his ‘Lower Body’ released later that same year.

This collaboration marked Davido’s entry into the Western scene and Billboard Charts.

On ‘Fans Mi,’ Davido adopted a rapper-singer persona which set the pace for Meek Mill’s flow and also matched it.

The song was trailed by quite the controversy, from the scene with white flour that got the NDLEA talking to Meek Mill’s feud with Drake at that time. All these however served to make it more intriguing.

This is another international exchange between Nigeria and South Africa with Davido, Uhuru, and DJ Buckz as respective representatives.

Davido’s vibrant singing blended perfectly with the house music instrumentals and Uhuru and DJ Buckz also held the ball up.

‘The Sound’ was another instant hit and Davido had all of Africa dancing to this one.

Unlike ‘Blow My Mind’ which was the fourth single off his ‘A Good Time Album,’ with Chris Brown whom he already had a relationship with, no one saw this collaboration coming.

‘D & G’ may be an unexpected marriage of sounds but with it, music lovers find bliss as they first croon along with Davido, sweet singly with Summer, and then go on a vocal roller coaster with the former.

‘Risky’ makes the 5th single off ‘A Good Time,’ Davido’s second studio album, but is the second time Popcaan and Davido worked together. The first being Popcaan’s ‘Dun Rich.’

It is an easy summer jam with a dancehall flavour that’ll have you whining unprovoked and another record that showcases Davido’s skills at fusing sounds.

With ‘Pere,’ Davido took the Nigerian flag into an Atlanta trap house and hoisted it high.

‘Pere’ might come with an impressive lineup of three rappers, yet despite this, Davido’s input was not number four.

‘How Long’ is Davido’s second tango with the American soundscape. It is the second single off his ‘Son of Mercy EP’ which he dropped after his signing with Sony Records.

Davido himself has slammed the EP and believes it was wack but the Tinashe featured song was the first signifier of Davido’s potential on the Western scene and has aged rather well.

When American rapper Wale decided to blend his sound with those emanating from his descent country, he’d recruited Olamide and Davido who’d thrown their skills into the ring to create the rap jam that is ‘Fine Girl.’

On Davido’s part, he’d given his vocals and even some bars to make his feature a noteworthy one.

This collaboration is remarkable for a number of reasons and one of it is the featuring of two Nigerian artistes with different sounds from different timelines.

Here, Davido’s role as a way opener is more visible as he belongs to the set of musicians the younger generation of Nigerian artistes owe props for taking the sound across the Atlantic.

What do you think of this list, do you agree with it? If yes, which collaboration is your favourite, and if no, what songs do you think shouldn’t have made the list?