As the African Giant gears up for the release of his new album, Twice As Tall, we compile the 15 Best Burna Boy Songs from his plethora of international collaborations.

Burna Boy has always been big on international collaborations. From the early days of his career till this time, he's always reached across genres and eras for his musical collaborators.

This list is therefore dedicated to that part of him, but especially on the international front (on features), where he's often tapped on account of his talent and versatility.

In the event of Twice As Tall which drops in three days, these are some of the finest Burna Boy collaborations from beyond Africa.

“This track has been a beautiful release of emotions for me during this time,” Sam Smith said in a statement. “I’ve been a fan of for years now and am so happy to have a tune with him.”

Burna Boy brings some Afro Pop credence to Dave's party-themed bars and "Location," given its replay value, has become perhaps the most memorable Dave record.

Set to appear on "Real Life" off Twice As Tall, Stormzy enjoys a great relationship with Burna Boy, although "Own It" is the first song between both.

A Summer classic, "Own It" followed the massive success of Burna's fourth album African Giant and also served as the first single off Stormzy's own project, Heavy Is The Head.

American Drill superstar Pop Smoke passed at the age of 20, ending a life and career that was headed for greatness.

However, family and friends have made efforts to immortalize him, and one of such is the release of his first posthumous album Shoot For The Stars, Aim For The Moon which featured iconic artists and buzzing names like 50 Cent and Roddy Ricch. On the deluxe, Nigerian stars Davido and Burna Boy feature, the latter putting in an impressive shift with his rapping on "Enjoy Yourself," a chill bop driven by the baritones of Pop and Burna.

The favor was then returned on (again, a love duet) "Be Honest," released weeks after AG. It was the singer's first single after the Grammy-nominated album Lost & Found (2018). In June, the song went platinum in France, hours after it was announced that Burna Boy had topped Billboard's list of 15 Sub-Saharan African artists, based on global views.

Major Lazer has long revealed an interest in the sounds coming out of Africa. Two years ago, they concretized this with the release of Africa Is The Future, a tape which featured some of the best artists from Africa.

Burna Boy –who since then has featured on Beyoncé's tape similarly, on a track of his own– featured on that tape, on "All My Life," a gritty record which espoused on his unique life experiences ("before I turned twenty one I was already savaged out), sung authoritatively over the electronic flourishes of Major Lazer.

Off UK singer Mahalia's debut EP Love and Compromise came "Simmer," a song that's been described as "effortlessly infectious, diaphanous, and iridescent." Over a warm production with splashes of Reggaeton and Reggae, Mahalia and Burna Boy play opposite ends of a lover duo, detailing a relationship that will be less than ideal if more's demanded than given.

When J Hus came out of prison to release an album, that body of work was ostensibly personal, packing minutes of introspection via Hus' trademark delivery. Although a marked difference from his earlier fusions with Afro Pop, J Hus still teamed with collaborator and friend Burna Boy for "Play Play," a record which, as the title suggests, is a breezy fun record held down by two of the most commanding musical voices we know.

Rihanna might have wanted the beat for DJ Snake's "No Option" (from Carte Blanche) but there's no doubt Burna Boy rode the production perfectly. No doubt Reggae is a most influential genre to Burna and over a thumping Dubstyle beat with visceral drums and bass, the Nigerian superstar excites, talking his sh*t as usual.

Late 2019, French singer and songwriter DADJU put out a record with Burna Boy, off his Poison album. "Donne-moi l'accord" is produced by Kel P and on the bouncy beat, both artists trade braggadocio lines, a narrative held on the video. For context, the French title loosely translates to "give me the agreement." 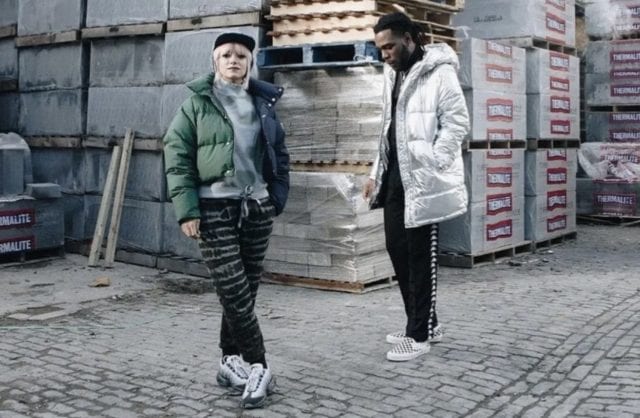 While the unexpected collaboration on Heaven's Gate wowed us at the start of 2018 as the final single before the album "Outside" dropped, Burna Boy and Lily Allen made an arguably better song later in the year titled "Your Choice."

Literally everyone came korrect on this joint.

Rita Ora got Burna on the remix to her 2017 hit "Your Song", with British production outfit, Team Salut, giving the joint a fresh Afrobeats twist.

In January 2017, a Vybz Kartel & Burna Boy collaboration leaked online across the Jamaican and African blogosphere. Later in March, the joint was officially released by the World Boss' camp as "Personally (Remix)" alongside Burna Boy & Kalado.

Now, this is one collaboration that stunned virtually everyone. I mean... Fall Out Boy... and Burna Boy...? It turns out Pete Wentz (band vocalist and bassist) was a Burna fan. In an interview with HMV.com, Pete explained: "I'm a big fan of the scene that's happening with hip-hop in Lagos, with him and Mr Eazi. So we hit him up and just let him know that we are fans. The rest came together pretty easily."