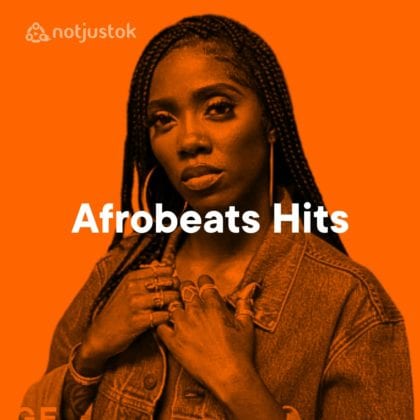 Saturn is a powerful, beautiful and ambitious project from Victony, who’s been a hot drop on my TL the past weeks. “Space & Time,” off the 6-track EP, is a standout for me, an introspective number about needing some time alone. As with the entire project, it’s as refreshing as a drink of cold water after a long trek.

Patoranking – Lion in the Jungle

Along with the slew of new music which hit the stores, Patoranking’s Three, his third album and follow up to his indecisive Wilmer, also counted. Led by the single “Abule,” the artist had many keen on what sounds he was gravitating towards, and listened keenly. “Lion in the Jungle” samples a Bob Marley interview and interestingly toes the same line of musical and political ingenuity, as the late Reggae great once did.

Produced by M.I., “FTW” is a deep cut from two of Nigeria’s most consistent lyricists. Combining Terry Tha Rapman’s everyday themes with M.I’s outlandish claims on the state of Hip Hop in Nigeria, this record is a must-listen.

Coming off her excellent feature on Adekunle Gold’s Afro Pop, Olayinka Ehi has shared her new record. “Shake” is a joyful song which enjoins the listener to dance, drawing from Ms. Ehi’s soulful vocals and the riveting production.

Chef Xido is a young artist based out of Abuja and Anambra where he studies in UNIZIK. Remarkably aware of Afrobeats and its intersection with Hip Hop, Chef has always infused a high level of witticism in his songs. “VIBRATION” is no different, a collaboration with Clerkz which will have you on a groovy mood in no time.

A single off his fourth coming EP, Chef xido teams up with Clerkz to create a master piece, a sound both for the sane and insane…reflecting on the effects of weed smoke, love , money (the need for it), society and change.

Larry Gaaga is one of those few artists and A&R who never puts a foot wrong, especially with featured artists and direction. His latest is a collaboration with hit maker Joeboy, who leads the song from start to finish with his impeccable vocals and songwriting. As the title gives, it’s a slow burner, an affair suited to the dimmer rooms and intoxicated nights.

“I Go Pay” is a riveting duet, carried by the energetic delivery of Emiboy and Teni’s charismatic vocals. Together, over Killertunes’ mid tempo beat, they excite as role players – the male artist being the enamored lover with intentions to spoil his lady; Teni the lover, eager to be showered with much money as the love she offers.

One of the most exciting young rappers in the game, MOJO has got rhymes for years. Building himself a credible fan base, he’s taken to consistency and skill, fascinating on a host of features and his own songs. “Hulabalu,” his latest, has him rapping over a funk style beat, every bar hypnotic as the production.

Nigerian music superstar Tiwa Savage recently shared her new project Celia, described as an ode to the powerful woman. The closer to the album, co-written with Moelogo, is “Celia’s Song,” a beautiful and ethereal rendition to Jesus, recognizing the influence of the divine in her life.

CheekyChizzy is one artist to watch out for. Recently sharing his EP Facility Is Not A Tata (Wave 1), he got top acts like D’Banj, Wande Coal, Peruzzi among others, to feature on his debut project, a great feat in itself. But my standout from the tape is a solo effort, the regal “Onyeoma,” which blends scintillating delivery with bubbly Highlife production.

On his long awaited album Zulu Man With Some Power, Nasty C affirms his greatness over wavy production, a blend which goes perfect for the Durban MC. “King Shit” is the opener of the project and expectedly, fills that role with braggadocio and introspection, Nasty spitting truth after truth in every bar.

The pair of Krizbeatz and Tekno has an impeccable list of collabs, from the artist’s one-song hit run and the producer’s own projects, most recently African Time. On “Toe Toe,” Krizbeatz pairs Tekno’s witty and sultry singing with a House type beat, inspiring gentle taps of the feet or bumping heads. I just want your toe toe..

Known for his Afro Dancehall calisthenics, King Perryy switches things on his new record, a bouncy Grime-esque beat where he basically talks the talk. Featuring the most featured artist out of Nigeria, Psycho YP, for yet another guest verse, “YKTFV” manages to wield even more panache and gravitas.

Pairing some of the most skilled rappers working in the game, this song is such a perfect song: lyricism, production, delivery and vision all tick correct. All four verses hold their own appeal and combine to make the song one of the most fulfilling rap record I’ve heard in a while.