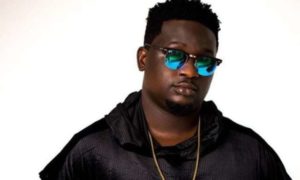 Wande Coal has been one of the country's stars since he made his debut with Mushin to MoHits, an album which spawned numerous hits and established his voice as a national treasure.

In the years since then, the Black Diamond, to be sure, has released songs, but only sparingly, leading to an ever increasing demand for new Wande. In December, the artist signed with international music company EMPIRE, a move aimed at leveraging his iconic status and introducing his sound amongst the new wave of Afrobeats acts emerging out of Africa.

Realms EP is here, and these are five instant takeaways from the tape which features veteran American rapper Wale and revered Nigerian producer Sarz. 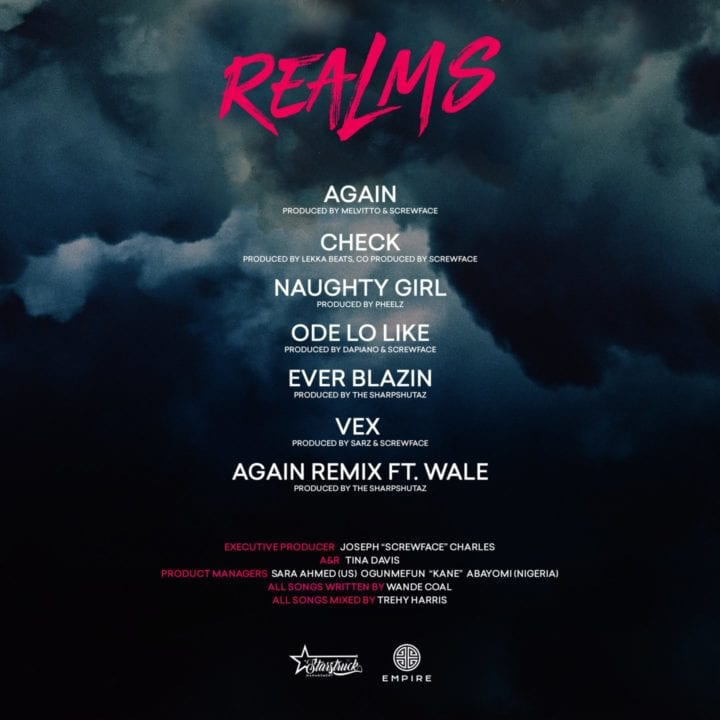 If you listened to Wande Coal, you know the man knows how to stretch those vocals and set one's heart on fire. Last we saw him flex his unique skill array of notes was on Fireboy DML's “Spell,” off the youngster's Apollo.

On Realms, the vocals again take center stage, alongside the artist's natural charisma and presence. On slow burners like “Again” (strong contender for song of the year) and “Check”, it's experienced more viscerally and on the party bangers like “Ode Lo Like” and “Naughty Girl,” there's more reliance on percussive production which inspires one to dance, but the vocals complement those perfectly, a case of perfect synergy.

There's something Wande Coal does with his voice and for over ten years, we've been mesmerized. Don't come to Realms thinking he lost it. You'll be pleasantly shocked.

A perfect mix of melodious background music and party bangers

The music industry, through 2019 and leading to 2020, saw a ‘return’ to more lyrical and melodiously slow music. You'd have to look at the popping artists to understand that assertion: Joeboy, Fireboy DML, Omah Lay, Burna Boy.

Wande Coal, who plays both lyrical and melodious card to finesse, includes both sub categories in the Realms EP. The latter could be lumped into records like “Again” and “Check,” songs whose lyricism demands your attention and makes for a more enjoyable listen, when you grab that lamba. “Vex,” “Ode Lo Like” and “Naughty Girl” are background music, those you play with little regard for its words; understandably, its production is more uptempo than the former, given the listener banks on the subconscious pulses of the body (through head bumps, feet taps and dancing) to receive its quality.

If you take away Wale's verse from this EP, it'll really be only three previously unheard vocal contribution. Given the acclaim of this particular artist, it's a recurring concern how little he seems to offer.

But as I've written before, it's somewhat harsh to expect an artist to be anything more than what they really are: human. So, enjoy these three new songs though I do hope we get a Wande Coal album next year.

“Again” is clear contender for song of the year. And perhaps decade?

For a song released in February, “Again” has been one of the most enduring records this year. A blog post dubbed it “the Wande Coal of ‘Olulufe’” and it's an understandable sentiment: “Again” is trademark Wande: fluid, energetic, flawless.

Included on Realms EP, a listen bears the fact that seldom will any afro pop enthusiast be tired of “Again.” Its quality and replay value already lends it, in my opinion, as a strong contender for song of the year. I go one further: given very few artists at their finest will touch Wande Coal on his best day (for context, I mean Again-esque Wande), “Again” might be one of the better songs of the decade. It's nine years coming but let's wait and see, ai?

A major strength of the Realms EP is its production. Most producers from these parts will tell you Wande Coal is a dream collaboration, given how easily he can make an average beat sound like the loudest banger one ever heard.

But on Realms, the production is actually on par with the vocals. Melvitto and Screwface did a madness evoking that chill party vibe of “Again,” as did Pheelz, on the entrancing House feel of “Naughty Girl.” “Vex” is engaged by Sarz, a recognized auteur.

Having such seasoned producers turn in beats for one project ensures each track is a great moment in itself, and going forward, spur even more listens.