For some months now, Lady Donli has been teasing to drop her album Enjoy Your Life. The Alté musician is one of the prominent acts that have emerged in this new generation of music. She has managed to garner a loyal following, using digital platforms to connect with her audience. Before releasing the album, she dropped two singles Cash and Suffer Suffer.

Here’s my declaration to you all as I drop our album tomorrow. Also heres the tracklist ?#EnjoyYourLife pic.twitter.com/b5GmGpN17q

One remarkable thing about Lady Donli is how she expresses herself and her feelings through music. She sings about heartbreak, self-love, troubling times. Her music is characterized as neo-soul/RnB. She is regarded as one of the Alté artists that first gained reputation as a SoundCloud act. While still studying in school, Donli self-recorded her music and started putting it online for consumption. 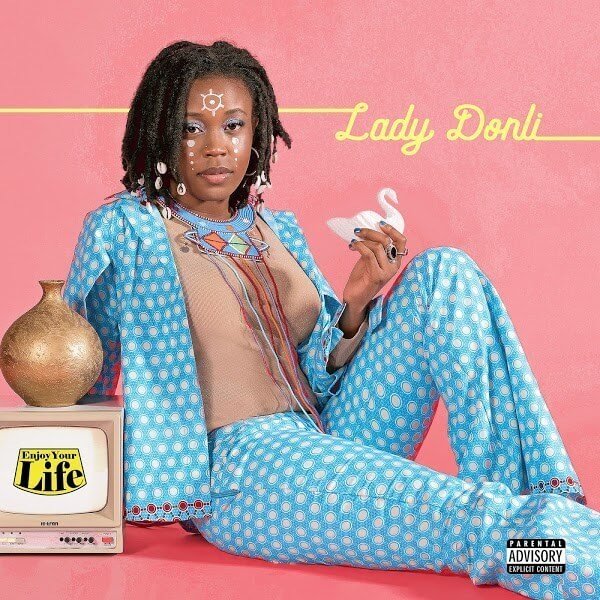 Growing up in Abuja with siblings who spent a lot of time in the studio, Donli developed an inclination toward music. Even though she studied Law in the university, her love for music never dwindled. In 2016, Lady Donli put out a project Wallflower with standout tracks like Fly On The Wall, Moonchild, which saw her win over new fans. She mentioned that her music was influenced by Erykah Badu, Asa, Nneka, and Andre 3000. She fuses Hip-hop with alternate jazz with funk to create a sensational hybrid sound. She originally started out as a rapper before switching to become a singer.

Zainab Donli (her real name) is a graduate of Surrey with a degree in Law. She has since collaborated with acts like Mr. Eazi, Odunsi, Tomi Thomas, Sute Iwar, Nonso Amadi, and many more. She is an independent artist who has consistently pushed herself to an elevated level. She has a number of hit singles to her name including Ice Cream, Kashe, Poison, Games, and others. She would later release another project in 2018 Letters To Her which further spread the gospel of her music. Her rapid growth is noticeable in her music as she ensures to sharpen her sound and put out quality content.

When Lady Donli released Cash earlier this year, it left its listeners euphoric and puzzled. Lady Donli was treading a new path in the world of music. She made it known on the song that she's only interested in money. It was a bop and it quickly gained the attention of many. Those who had yet to give her music a try realized how much they were missing out. Her day one fans were glad to see her in a new light. Lady Donli has reincarnated to become a preacher who is keen on spreading the message of love and happiness with her music.

In anticipation of her album Enjoy Your Life, she dropped another single Suffer Suffer. Lady Donli declares that she is not ready for anything that puts her through stress. The song immediately became a mantra. She only wants positive energy around her. On her latest album Enjoy Your Life which dropped earlier today, Lady Donli relies on retro-inspired themes and her distinct songwriting ability.

Enjoy Your Life is a 15-track album and some songs have already made an impression on listeners. Lady Donli transcends to a higher level of self-love. Asides from the fact that Lady Donli's music has evolved, she collaborates with interesting names like Tems, Tomi Thomas, Amaraee, and more. The album is like an all-in-one store for Nigerian music lovers.