Exclusive: Laycon Speaks on the impact of his music sessions in BBNaija house 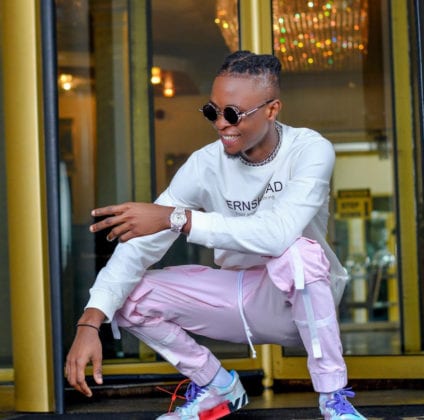 In the video released on the 7th of October, the reality TV star and latest ambassador of Ogun state talked about his intention for entering the house in the first place which for him is to majorly promote his music. This was why he was intentional with it at every chance he got but one thing he was not prepared for the result of that plan and how his music got him the iconic fans he's presently proud to call his and him theirs.

I was just looking to stand out. I didn't know how people were going to react to it may be positively or negatively, but I just knew I wanted that to happen. I wanted to spark a conversation. But I almost didn't wear it, I'm pretty sure you must have heard the stories that it was Neo that made me put it on, so yeah.

I feel like it was the whole point, for me to be there and promote my music but I didn't really know how huge or erm, I didn't know at the rate at which it was moving. I just knew I had to keep talking about my song. I feel like for everyday there's probably a new viewer who doesn't know who you are, so I had to keep emphasizing on the fact that I'm an artiste. I have an E.P out, I do music, I.. Music is my passion, it was something I put in my head that that's why you are there and that's the only thing you should be doing.

He also revealed what was going through his mind when he was pronounced the winner of the fifth season of the show and like we all know, the youth ambassador was not expecting it.