Osagie Osarenz Is Keen On Structuring the Music Industry: Afrobeats the Business Vol 1

If you get a billboard at the Lekki toll gate for your first single, when you drop your first EP, which billboard will you get? Let’s say you get Times Square. When you are doing your tenth anniversary, what are you going to do? - Osagie Osarenz.

Afrobeats is growing at an unprecedented rate. If Burna Boy’s record-breaking Grammy win earmarked Afrobeats’ monstrous global success, Wizkid’s Billboard Hot 100 placement and encroachment of US streaming platforms with his latest masterpiece, Made In Lagos, cemented the trajectory of Africa’s ever-evolving genre.

As a part of the roll-out for his long-awaited fourth studio album, Made In Lagos, Wizkid held a Youtube-partnered special, A Day In The Live: Wizkid. The two-and-half-hour-long special showcased a rare inside-view of Wizkid’s life and a well-curated live performance of songs from the album. Viewers stormed Starboy’s  Youtube page,  and the dedicated hashtag trended worldwide. The Youtube Original further crowned Wizkid’s decade-long reign as African pop’s primo uomo.

For entertainment executives around Nigeria and global music enthusiasts, the elusive question while the Youtube Premiere progressed with suave was, how do you spot talent like Wizkid before he becomes big? 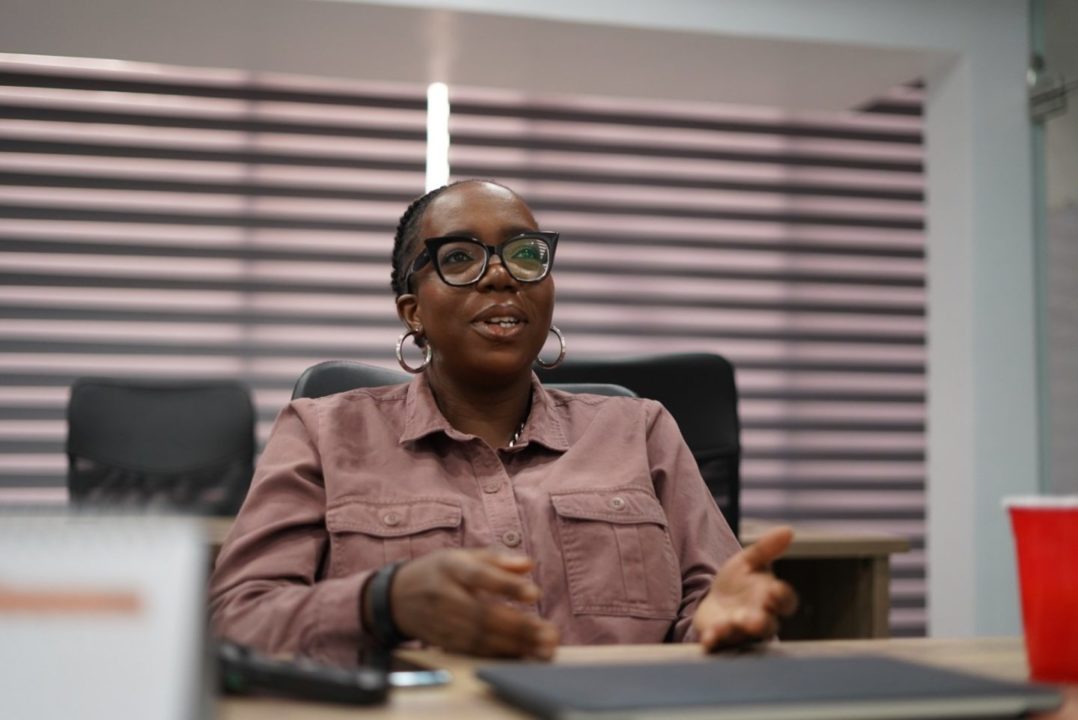 “A dancehall artist who was a friend of mine had always told me about this kid that used to come to OJB’s studio, Wizkid, that he sounded like Lil Vicious, a young artist from the ’90s,” Osagie says of her meeting with Wizkid when we meet in a brightly lit Victoria Island office. “One day, I was just deleting texts from my Nokia phone, and there was a text that said, “I am Wizkid, I am 16 years old…” Osagie scheduled a meet with Wizkid at the then-famous Planet One. “They didn’t even let him in because he was tiny. He came to meet me because he wanted me to manage him. I had pitched him to Capital Hill then, but they were like it’s not yet time.”

Before Osagie Osarenz emerged in the public eye as Wizkid’s manager, Osagie had previously managed a superstar talent - Kel - during her enveloped reign as Nigeria’s female popstar. “I think I was walking back to my hostel one day and then Nosa Omoreghie saw me and said ‘Oh, I am starting a record label, and I think you’ll be great to manage an artist because of the things we see you do’ He was like 2 years ahead of me in school.” At the time, Osagie was a student at the University of Lagos and had been actively planning events for a Christian fellowship on campus. “So we started a record label called Testify Records. We signed Kel, Godwin Tom - now famed for his managerial prowess. We even tried to sign Teeto Ceemos.” Osagie continued “The owner of the record label converted the small space underneath the staircase at his sister’s house to a studio.”

Despite Osagie’s growing network, it was a circumstantial event that greatly altered her career trajectory “I was fortunate to meet Tosyn Bucknor, God rest her soul. I used to listen to her all the time when she was at Cool FM. I walked into one bank in school and saw her, I told her that I was a big fan, and that’s how we started talking and I became her personal assistant” Through Tosyn Bucknor, Osagie met founders of Empire Mates Entertainment- Wizkid’s first label -, Segun Demuren and Banky W.  ‘I worked with Tosin, and then I moved to Corporate Comms at Super Brands - a digital advertising conglomerate. Then, I was an associate producer for the first two seasons of Moments With Mo. Everything kind of led to the next thing. By the time I left Moments With Mo, I knew that I wanted to do artist management for real. At that time, I met Clarence Peters and he was just starting Capital Hill and Capital Dreams and it just seemed like the right time for me.”

“I wasn’t scared because it was interesting. I think there was only one female manager at the time, and that was Joyce Ize-Iyamu. She taught me a lot.” Osagie spoke fondly about her time helming affairs for one of Nigeria’s foremost rappers. Within the music industry, Osagie grew in ranks for being social media savvy, Facebook especially.

However, Osagie Osarenz's expeditious rise was nearly cut short in late 2008 when she was involved in a car accident “I was asleep in the back seat and everybody was gone, and the person driving ran into a wall. It was really bad, I fractured my cheeks and my jaw, there’s a tooth wedged in my mouth but you barely notice it.” Osagie points to the side of her cheek where she retained her wedged tooth.

While Capital Hill had declined the option of signing a teeming Wizkid, the young artist still hung around. When Osagie’s friend, Ayo Adepeju, innocuously sent Osagie a beat to get her artist friends on, Wizkid had obliged and laid a verse that Osagie uploaded on Facebook. “Wiz used to back up Kel at every show. Then we went for a show at Greensprings school, Banky W performed there as well,” Osagie walked me through Banky W’s earliest encounters with Afrobeats globally-acclaimed superstar. “We went back to Segun Demuren’s house in Omole, and I think M.I had said something. I know he called Wizkid’s name and then Banky W just pauses, “Are you the Wizkid in this video on Facebook?” I have been looking for you.”

Banky W’s circumstantial meeting with Wizkid eventually birthed the rise of Wizkid as a pop icon and the noteworthy hallmark of Empire Mates Entertainment;  the widely-acclaimed debut album, Superstar, and an assortment of singles that heavily soundtracked clubs dance floors and parties over the past decade.

While Wizkid and E.M.E soared to unimaginable levels of stardom, Osagie handled multiple affairs at the burgeoning record label “I was managing Kel and Wiz simultaneously but at some point, Kel decided to focus on other stuff. At E.M.E, I was Wizkid’s manager. On some days, I was the press manager for Banky W, and road manager, and then we signed Skales, and I eventually was his manager. I am still an aspiring artist management agency founder. My first management company was called M.et.al.”

As Osagie guided me through her multiple dispensations at E.M.E,  I pondered what responsibilities were tied to the role of an artist manager, especially in Nigeria where there’s an acute lack of structure within the music industry.

“The Nigerian definition of an artist manager is personal assistant, A&R, PR, social media manager, stylist, driver, security” She rambled off the top of her head and we laughed at the multiple designations “Ideally, an artist manager takes the vision of the artist and bring it to life. But here, artists just want to sing and blow, there’s no vision”.

After five years of working with Wizkid, Osagie parted ways with the Surulere-bred superstar. However, Osagie’s previous and existing clientele spans a wide range of superstars such as Skales, Ycee, Reminisce, Timaya, Reekado Banks, Laycon, Terri, GoodGirl LA, and many more. 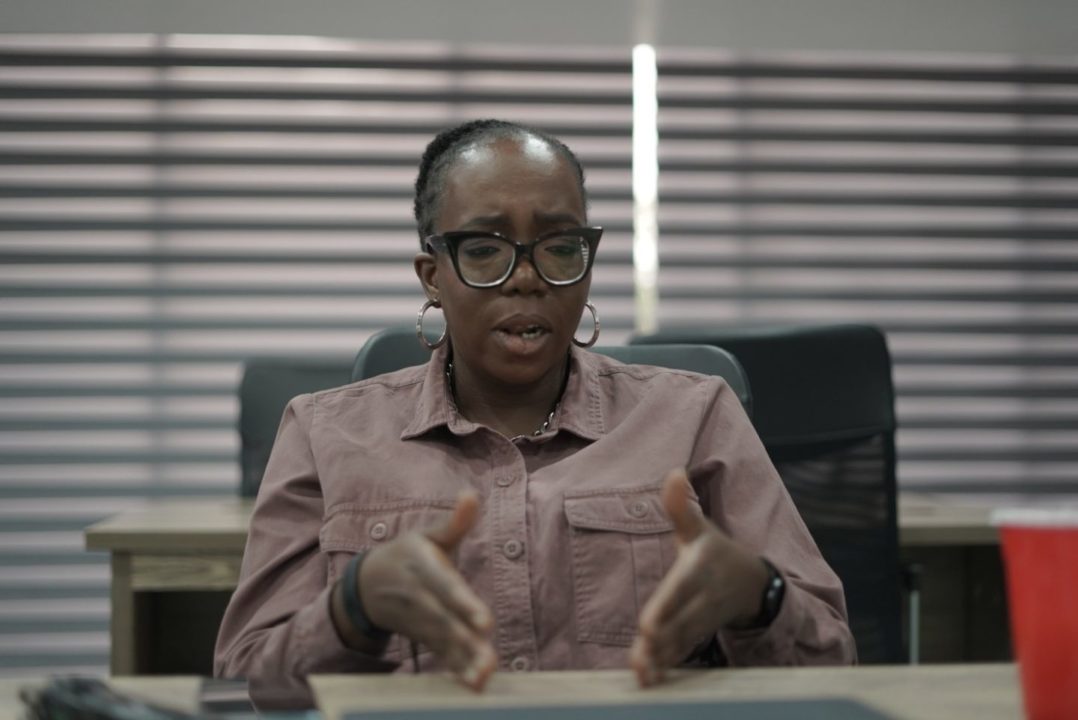 How do you choose who to work with? I ask Osagie.

“It’s a very spiritual thing, you have to connect. I get DMs and calls saying 'manage me.' The timing has to be right.” Osagie pulls a leaf from her book of stories of her time within the music industry “ I had known Reminisce for years before I started working with him. We met on a plane and then the next week, he hit me up and the timing was right.  Timaya the first time I met him, we cussed each other out over the phone. I think he was trying to book someone and I asked him to pay money or something. The first time we saw each other, he was in Wiz’s room, and we insulted each other again. Years later, He called me, we had a conversation and we started working.”

How do you stop working with artists?

It’s the vision. Sometimes differences in opinion, and differences in vision. I am never afraid to start over. What I do, I do from here” She pointed to her heart and her head.  For me, no matter what side it is, Osagie does not like stress.

Osagie’s journey within the music business hasn’t entirely been smooth sailing, but the renowned talent manager is focused solely on her legacy “I am not a celebrity, I am a worker. Sometimes, I even look at my followers and wonder why there are so many people following me. For me, my legacy has always been my focus and my impact.” When I question why she has always refused interviews and opted to remain in the shadows of the bigger names she handles affairs for, Osagie answers candidly “If I had done this in 2012, what would I have spoken about? I  don’t like to have these conversations and tell my story and it doesn’t do anything.” She later continued by telling me about her future plans for a documentary and book “I tell all the young managers that have worked with me that I can’t have suffered here for you to go through the same thing” 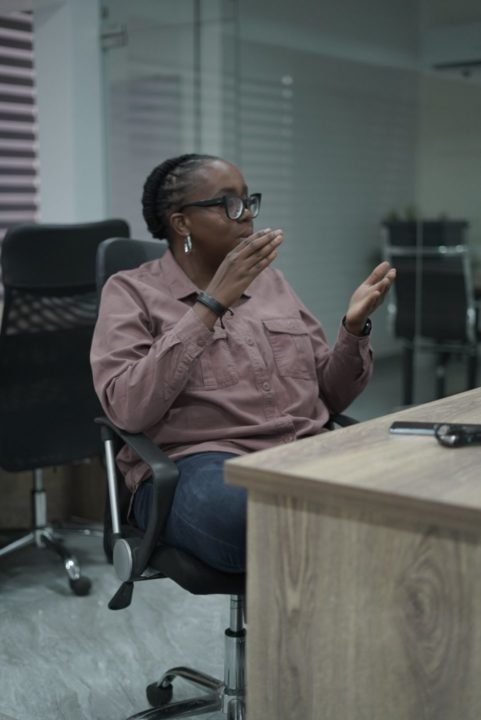 As we run through our conversation earnestly; Osagie aims to be punctual for another meeting in her usually-crammed schedule, and I jostle to get as much detail as I can after being delayed by Lagos’ damning traffic. For well over a decade, Osagie has been a person of reckoning within the music industry, leading the vanguard of influential females within the male-dominated space “I never saw myself as ‘oh they are guys and I’m a babe’. I just looked at it as ‘I am new at this, they have been here for a minute’. There are times when it has gotten to that bias though.”

For Osagie who currently heads operations at the Lagos arm of One RPM, a label service company, telling our stories is paramount to the growth of the music industry “Beyond releasing music, there is really no other plan. Artists release music, it’s on Itunes and Apple music. They shoot a video, it’s on YouTube and they do payola for radio and TV. There’s no intention, the intention is just to make music to blow” Osagie explained the overnight success craze that has mobbed the music industry

“If you get a billboard at the Lekki toll gate for your first single, when you drop your first EP, which billboard will you get? Let’s say you get Times Square. When you are doing your tenth anniversary, what are you going to do? They want everything now and I don't blame them. It’s because we don't tell stories. The artists before them don’t tell their stories. Everybody is all fake on social media.”  Osagie continued “A lot of artists don’t know what’s happening behind the scenes. They don’t know how uncertain or uncomfortable it is.”

For more issues of Afrobeats the Business, keep up with Notjustok via Twitter and Facebook for updates in real time.