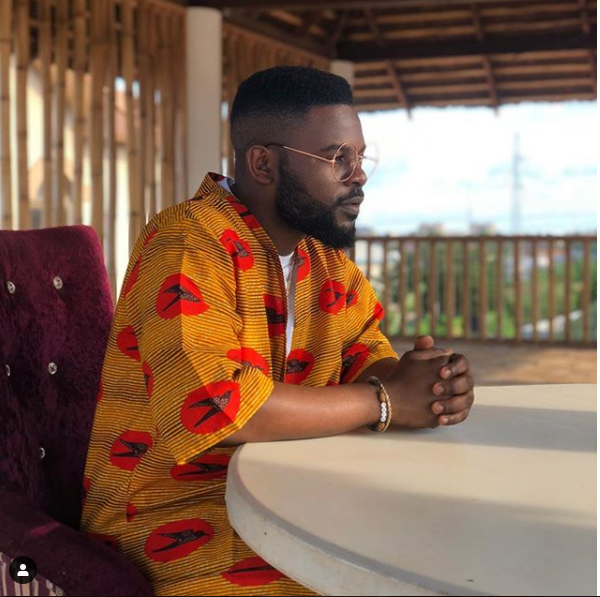 Nigerian singer and rapper, Falz The Bahd Guy is proving to be the fearless Nigerian artiste that he is by continuing from where he stopped in This is Nigeria with Talk.

The song which was released in the early hours of today is set to highlight more issues that were never discussed in This is Nigeria employing symbolical visual devices that intrigue viewers and much as similar rhythmic style as Old Roger is dead and gone to his grave with the repetition so on point.

Talk took off from the issue of Falz's This is Nigeria being banned and also sued for his supposed wrong portrayal of Islam. According to Falz in the Talk, brother Muri, which is a short form of the organization MURIC, did not show up in court after Falz took up the issue and countersued.

Brother Muri talk finish we no see am for court

Another issue raised in the song is the constant travel of Nigeria's president, Muhammadu Buhari who in his four years in leadership has made uncountable trips to London for medical check-ups and vacation. According to Falz in the Talk;

This Talk holds no bars and hides no names as issued are highlighted clearly highlighted without being cushioned, waiting for the owner of Sub to come take it.

Another table broken in Talk is how he questions the wealth of Nigerian religious leaders with highlights on a popular man of God who has private jets. according to him;

"Three private jets you say you buy am for church

but your congregation no dey follow fly am of course

Why your people still dey carry carry eye for someone?

He went on to the lack of decorum Nigerian senator always display in the National Assembly through physical attacks and verbal abuse down to the issue of payment of Nigerian Corp members and their 19,800 allowance.

Falz continues to prove with every song that he is a social conscious artiste who is not afraid to speak his mind in a society where many try their best to be careful because of the obvious reaction of Nigerian politicians when they face criticizing which ranges from threats to even attacks.

This song is coming close to the election which the singer also stated that politicians will come to seek the youth. This song coming as a time like this helps everyone stay conscious, creating awareness on the issues that plague Nigeria to those youth they'll come seek favours of their vote from. This song, coming close to the election is informing the youths who didn't for a fact the issues plaguing the country or those that have been so comfortable in the issues in Nigeria that they have relaxed. It is calling them to be responsible with their vote when the time comes, not by telling them who to vote for, but by arming them with the necessary information to help make an informed decision when it's time to be responsible with their various Personal voters' Card.

In showing his fearless nature, Falz in the last part of the song, after highlighting all major issues, not forgetting the lack of job, of course, stated in confidence that he is the one saying all that has been said, a statement contrary to the initial chanted "Na me talk o, no be me talk am o".

This is a single from his album, Moral Instruction which is to be released on the 15th of January 2019.

The reactions on social media have been wild and Falz at the moment of this post is already trending as people compare him to the modern day Fela who uses music as a tool to create awareness on social and political issues.

Falz is the only artiste with mind
Steadily dissing the Government
Others just de claim Fela by wearing Fela polo ??#Talk

#Falz #Talk just
dragged Muric ?
dragged Buhari.?
dragged your favourite pastors?
.
If there's any artist challenging authority as Fela did, then its Falz.
.
No be to dey smoke weed and dey raise hands up go make you next Fela. pic.twitter.com/PPMk1TwT8f

It’s safe to say Falz is the Fela is this generation, he keep making songs that addresses important issues And he is NOT afraid to #Talk pic.twitter.com/kuzwD4007A

falz the bahdguy of house falana, first of his name, the untouched, king of razz yoruba and jack of all trade, khal of 'this is nigera', breaker of tables and father of lyrics (#talk)

falz is just fela that has SAN father

What are your thoughts on this socio-political fire jam and what are some of the issues you think were not highlighted that should've been?