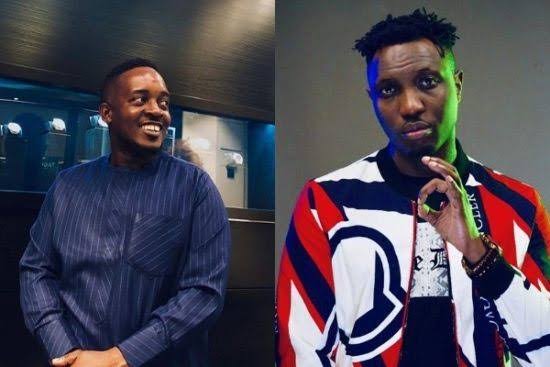 An A-Q and M.I Abaga project wouldn't have seemed remotely possible five years ago. Then, four years ago, both rappers appeared together on a track for the first time on A-Q's "G Boys", a cut which hoisted M.I as a standard for internet fraudsters. Since then, the story's changed, and A-Q, a controversial character back then, has become calmer, more tactical, and has grown to see his flowers dropped at his feet. Since then, both rappers have rubbed minds and traded bars on each other's solo projects. Just how immense to a genre is a bromance between two individuals?

I'll tell you by the end of this review. But for now, let's take two steps backwards from the topic at hand. M.I Abaga's Judah EP had the J-Town rapper touch on themes with the wisdom and urgency of one who might not have much years at the top. His every word true to his larger-than-life character, he was, unsurprisingly, infatuated with legacy, calling up proteges to sing his due praises. A-Q released the much anticipated God's Engineering, an album that was sold as his last. Upon release, it became clear to listeners that A-Q still had much to say.

It seemed too good to be true, but it happened. In about a week, both veteran rappers – in response to a fan's request on Twitter – worked on and delivered The Live Report, a 6-track EP which was situated in the present, a time that has inspired much reactionary music, but with little enduring quality. Viewed in retrospect, The Live Report tallies with the tendency of both rappers to be authoritative, to be significant.

The Live Report plays to the cinematic, incorporating vignettes from popular culture to give a rounded take on contemporary issues. Whether it's on "Tone of the Conversation" which begins with a cartoon-esque villain speech, or on Big Daddy Jayy–assisted "Clap For Yourself", the approach sticks. On the opener Conversation, both rappers give introductory brags, and M.I, ever given to the grandiose, tags the forthcoming performance a "litmus of high vibration". On Clap, the now-famous Father DMW and Evss thingy makes a feature, with the producer Jayy turning hook master. A-Q's delivery seems made for the production, as he name checks Rudeboys's "Audio Money" and Blaqbonez to tell an archetypical tale of a gold digger female and a fake life male.

Though that duo of songs are not average, the best moments on The Live Report –expectedly– comes with the sociopolitical commentary. It is familiar terrain for both rappers. M.I's cult classic of cult classics, "Talk About It", had him boast that he's "not a chicken, but a rooster". A-Q's 5-minute one-verse epic "Shaking Tables" brings down a lot of ideologies and at its end, paints A-Q a knowledgeable skeptic. On the title track, these qualities of both rappers takes the fore, as they tackle the talk of the time – the COVID-19 pandemic – from unique perspectives. Where M.I relies on science and believes in what he reads and knows, A-Q is a master of conspiracies, painting a picture so vivid it could be true. I'll highlight sections of both rapper's verses:

Corporations are stacking billions with these apps

So they created a virus that will keep you at home

They want you to get used to that way of life, keep you online

Yo, all I see these days is mental genocide

As a skeptic, I identify, we tryna simplify 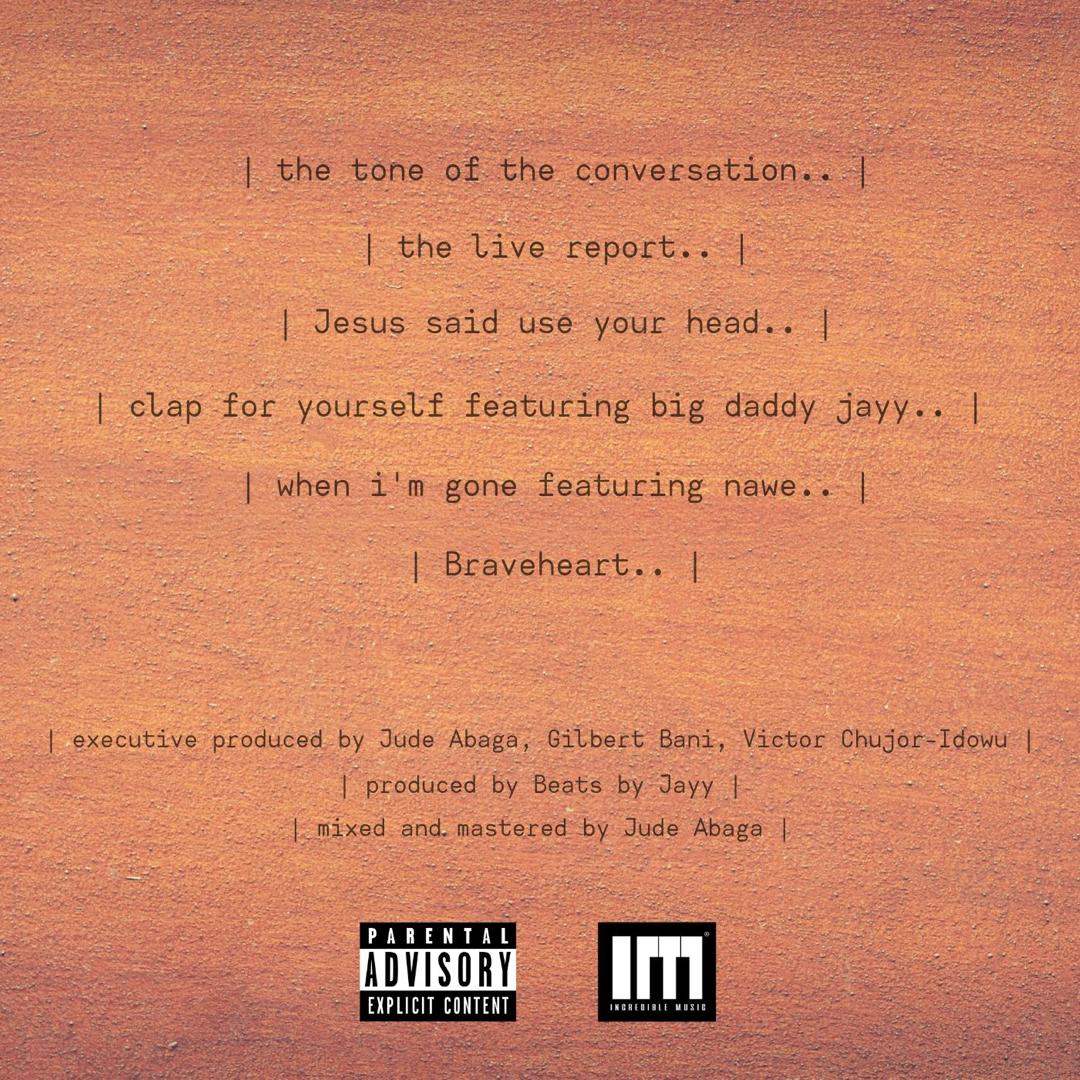 M.I and A-Q, even when dealing with such sensitive themes, don't sound overly preachy or gimmicky. This project works to that analytical prowess. "Jesus Said Use Your Head", a calm and collected message against religious extremists brings many an infamous pastor to mind. "We a generation of killers from the bloodline of Cain" is just about one of the hardest bars out this year and the soulful undertone of the production sketches the truth of each rapper's words even better.

Both in their late 30s, – which is unfortunately but widely considered old for a rapper – A-Q and M.I grapple with the themes of life and legacy, and the last two songs on this project are odes to that. "When I'm Gone" starts with a brutally honest speech on mortality. The Nawe hook is such magic, and A-Q's verse is so heartfelt and real, the rapper taking a swipe at prospective Twitter fingers that'll put up "virtual candles", saying he just wants to smell "his flowers before (he) gives it up". M.I continues in the same fashion, prophesying – this isn't really the right word, seeing as it's bound to happen. But, really: do better humans, and be kinder to living bodies – that "even those who curse me will be kind in they tweets". "Braveheart", the closer, features perhaps one of the better verses from both rappers on this tape, as they big up their names while swiping away detractors. M.I's verse deserves particular mention, a swaggering performance from a 10-project general who's still rapping circles around everyone's favorite rapper.

The Live Report, even more than a superb rap project – up there with the best of the year – is a cultural statement, one which holds a significance to Nigerian Hip Hop akin to what the Aburi Accord means for classic Nigerian history. But unlike the latter, the rap project delivers wholesomely on its prospect – I have no better idea in mind for a Q and M tape.

Circling back on the bromance I wrote of earlier, it plays to the benefit of Hip Hop in Nigeria when two of its biggest English-speaking rappers collaborate. What vivifies this collaboration though, is the nature of both rappers' come-up. When I ran a feature on A-Q, I acknowledged that he was "the king that M.I would never be". Through grit and talent, A-Q cut his teeth in a more traditional way than Jude Abaga, who accessed Pop-like fame through the nuance with which he made rap music – being the first rapper in Nigeria to do so in such scale. With The Live Report, both kings meet, and hold hands together for the greater good.

Already, the partnership has birthed the 100 Crowns record label (under the parent Chocolate City), facilitated the breakthrough of Blaqbonez, and has armed a number of young up-and-comers with stage time at the biggest Hip Hop event in the country (The Coronation). Elsewhere, on corporate-backed cyphers, rappers have shown their mettle on a visible platform, and frequent camaraderie with both rappers (A-Q and M.I) on social media platforms sell the picture of a classless and united house. A-Q is the link to the underground, and M.I, who rapped on this tape about being 'proud' to be part of his story, is the numero uno who's realized that his legacy could even be more significant when he leaves the Hip Hop scene a little better than he met it.

It's a crazy time, yes, but A-Q and M.I Abaga combining forces inside and outside of a booth is the crazy we never knew we needed.