Phlow's Marmalade – Fierce, Melodious & Cohesive – Is Her Best Work Yet 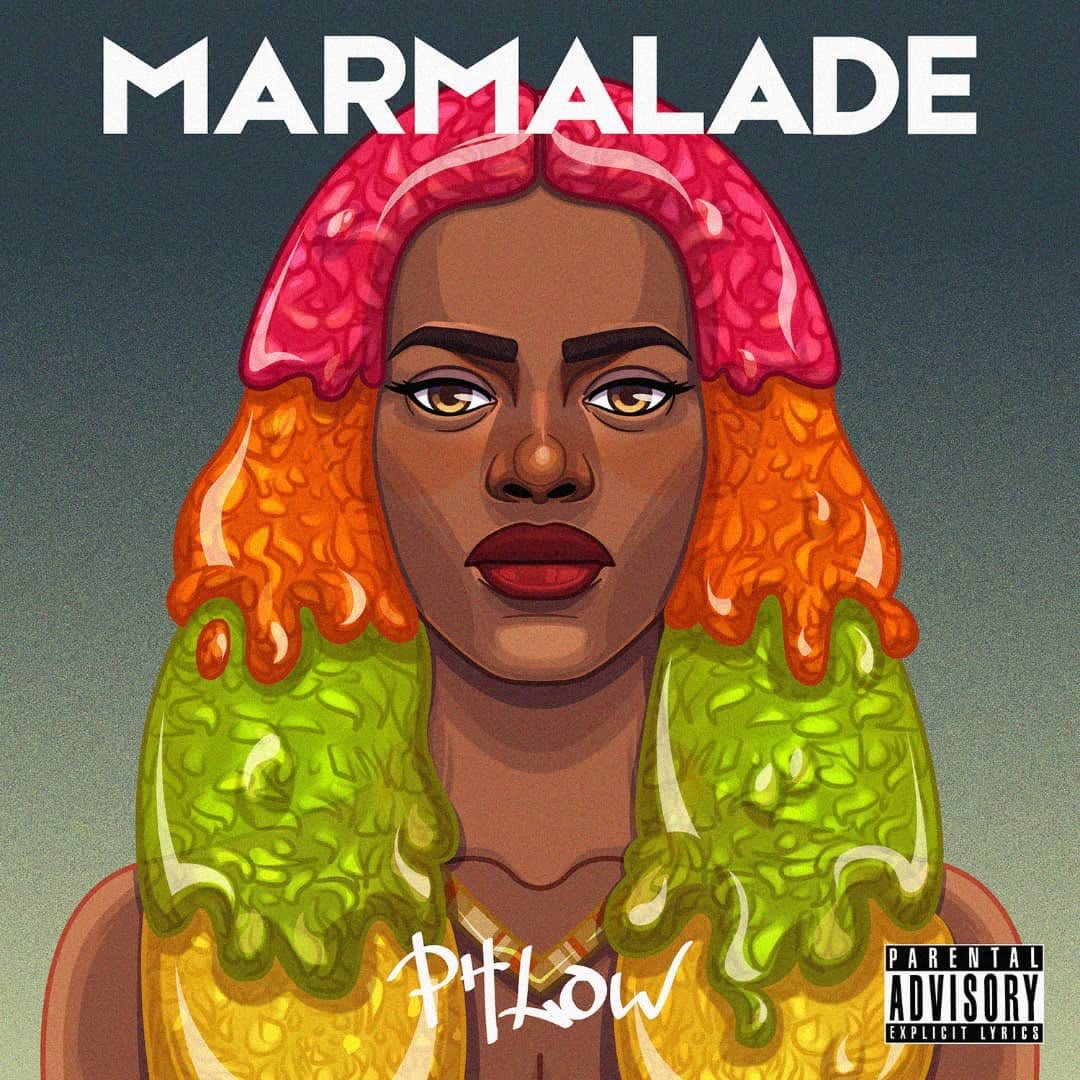 In the space of a year, Phlow appeared on tracks with revered lyricists like iLLBliss, Show Dem Camp, and Payper Corleone, holding her own, each verse a dazzling performance. So let's get that away: Phlow is one of the best Nigerian lyricists operating today, period. No female talk here.

A room lit up by twirling lights, and filled with Hip Hop enthusiasts, would see my introduction to Phlow. Prior to my attending the 2018 edition of The Coronation (organized by veteran rapper A-Q), I'd heard the name, but only in passing. Hadn't connected. Then she got on that stage, introduced enthusiastically by the MC on the night. She rapped some songs, and oh, her energy. My quite drunken state might have influenced the fact I wasn't listening to her words, but behind me, two guys were discussing, shouting above the sound of the speakers to be heard. From what I gathered, one of them was telling the other –similar to the excited way one explains a punch line in a rap song to another listener– that Phlow had been affiliated with the iconic producer Teckzilla, but she wasn't popping just yet. I looked back on the stage, and there was she, a lady in a room full of guys, doing her shit and doing it great. I kept the name in mind. Phlow.

Last year, while killing verses as a feature, she released a tape, the Gloria EP. As she's done on the trio of EPs that preceded Gloria, her lyricism came rushing, each verse packed with truth and skill, heard in the way Phlow bounces her ideas around with a playful lilt to her delivery, and says stuff the way only she could write it, the diction just perfect.

Five months into a new year, Phlow is back with yet another EP, her fifth in four years. Titled Marmalade, its cover art and overall direction is a tipped hat to growth, that Phlow –who, in the past has come off as the archetype lyricist– is embracing newer ideals; beyond the lyrics. It works, because scrolling down a streaming platform, the bright colors of Phlow's hair animated as grub demands your attention. You might even listen if only you knew how good the tape was. That's why I'm writing this, rather than scrolling through my phone as you are right now.

Marmalade declares itself with an infectious bounce. "Grub Up" is Phlow talking her stuff, as all the greats have. She ditches heavy bars for dexterity, floating through the beat like she was Aladdin (if he rapped, lol). "These days I don't worry, been patient, been waiting/ they go know soon now than later/ who's winning, who's major," she raps. Alpha Ojini –who entirely produced the project– speaks his truth and bigs up Phlow, who's better than some of your favorites. "Grub Up" sets the tone for the rest of the project, an energetic fiasco of great production and chest-thumping raps.

The second track, "Buzzin," might continue in the maximalist ways Trap (complete with a Psycho YP verse), but the reach of Phlow's artistry is demonstrated in the songs that follow. "Cheque" happens to be my favorite song of the moment, and holds the best bet for Phlow's crossover into mainstream consciousness. "Show me the paper; owu dun tire me," might resonate to every dreamer, but the win of a song like "Cheque" is how the theme and production plays in sync with Phlow's personality; how, rather than like "Cheque" for its message, you'll love it for the rapper behind it. Who be dis? a couple of Marlian friends asked when I played it; we were burning Js.

The element (the dab into today's music and themes) that lends "Cheque" its hit prospect is present in "High For You," an R&B-leaning record that sounds like what Ari Lennox (if J. Cole wrote her bars –pardon the jokes) would make. Phlow explores love in soulful terms, and her rap tendencies align with that vision. "Offline," is a swerve away from soft Phlow, the marked change in tone reflected in the beat, its percussions more defined, as Phlow matches that, rapping off a problematic lover. "I can't love you to save my life... Can't come and kill my vibe," she sings. They're the kind of lines that would make you scream "energy!" while doing cute faces on IG Live.

Rather poetically, a song titled "Energy" closes the tape, and Phlow, as she's done throughout this tape, sings so soothingly, and raps where need is; in the world of the Alpha Ojini production, she's right at home.

And that's why I believe in Marmalade. It's a beautiful project whose coherence lies in its production and subject matter, that which reflects the independence of a woman and her very valid emotions. On Marmalade, if Phlow isn't feeling you, she isn't. She says it as it is, but with more thoughtfulness and melodies as ever before, and what a great project –surely one of the best this year– she's made.

PS: "Fierce' in the title is a personal language of this writer, in terms of skill.