"For Broken Ears": Does Tems Deliver On Her Debut Project?

TEMS' wasn't born to your conservative African mother. On the self-titled interlude off debut tape For Broken Ears, the artist's mother revealed when pregnant with Tems she'd known (felt, rather) her unborn child would be a girl. She afterwards insisted on her name, a practice which is a delve away from the norm: the entire family having the responsibility of giving names to children.

In previous interviews, Tems reveals she's always been drawn to the music. Predestination as reality is usually flown by artists but with Tems it's different, a way of being. Her third single “Try Me” catapulted her to nationwide fame and as many critics have offered, it's a different record. ‘Alternative’ music but not really, reverberating with the pulses of reggae, R&B, Soul –and yes, Pop. If you haven't noticed, it's the ‘biggest’ record from an alternative artist and, about three years after the likes of Santi, Lady Donli and Odunsi (The Engine) gained widespread prominence, Tems has etched her name onto the culture and history of the Alté folk, becoming one of the biggest prospects in the country as well. She's featured alongside Davido and American superstar Khalid, and there are reports she could be on “Made in Lagos.”

For Broken Ears carries on the weight of these accomplishments. Already it can be gleaned from the title that Tems is banking on that unique feel of her music (you get it or you don't) to reach her tribe –a quite large one already. “Damages,” a sunny bop, was released a week to the EP and went top of Apple Nigeria days later, the official country chart of Apple Music, one of the biggest streaming markets around. Having no features on the tape was no surprise given the artist's discography until now.

FBE begins with “Interference,” a sombre piano-led record. Tems leads with her voice, lulling poetic embraces in that captivating sonic world. “If you thought I'm distracted/ Baby I'm gon distract you now,” she sings as though addressing a previous lover. 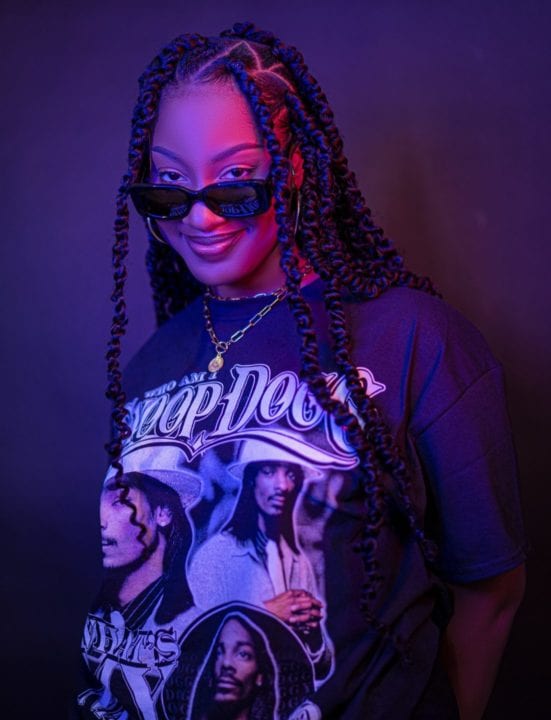 As you'll find through the tape, Tems' writing straddles the terrain between romantic angst and philosophy. You think she's singing of a relationship till she delves elsewhere, leaving you with mere fragments to piece together. If “Mr Rebel” was the prototype of this style, FBE's “Ice T” is so far its finest product. Tems sounds like the vocal equivalent of a glass of cold water after miles of trudging Sahara sands. “Flaws and all, I'll be the one you run to,” she sings matter-of-factly, before delivering the punchy chorus: “I make ice tea and I make it with your lemons.” Ouch.

In a cover for Native Mag, Tems revealed she's lived through what feels like an entire existence even before she became a professional musician. This provides fodder for the powerful and emotive stories she covers in her records. “Damages” is one such record, detailing a ‘We Move’ situation, the artist flitting between the Dancehall production and cadences as well as her own Soulful background. Elsewhere, she flies the flag of the Leading Vibe (what she terms herself), pushing the actualization of self as one's truest happiness. On tracks like “Free Mind” and “Higher”, she becomes a leader of Black Panther, rousing her comrades to redemption. Especially on the latter, where she turns in some of her most spirited lyrics:

Open your mind to the sound of the trumpet

What do you want from a life of the hopeless?

Why are you begging and crying?

I want you fly; I'm flying till morning...

For much of her vocal and lyrical prowess, Tems' production is actually as impressive. For months on end, I wondered who produced “Try Me.” As earlier posited, it's a unique record, an experience which shuns traditionally acceptable Nigerian sounds. From the NM feature, I learned Tems actually produced most of her songs, living the DIY mantra to the fullest, teaching herself to produce. The justification is more artistic than economical or egotistic: Tems understands her voice, perhaps better than anyone ever will, and makes beats that matches its intensity. Four songs on 7-track FBE is self-produced. “The Key” is co-produced with Omeiza, who mixed and mastered the tape. The iconic Spax set the percussions for “Damages” while Oddio, a previous collaborator, produced “Higher.”

For Broken Ears sounds nothing like a debut tape. It doesn't pull on a cape of impressionism or appropriate the trends of the day. It's a deliberate offering created for the ennui of the times we find ourselves; the times we most need to find ourselves. If you're hurting, Tems wants you to know she made her lemons into ice tea. Maybe you can too. You're the Leading Vibe after all.