Love will never go out of style. Even if it finds itself in the midst of reality’s craze which promises to distort it, love triumphs. This triumph is achieved because it is in the midst of chaos do love shine the brightest, a soft pat at the back, a word of assurance into the ears: go on, it seems to say, and beauty will find you.

Versatility also proves to be love’s enduring characteristic. In every of life’s myriad situations, love can be found. In strife, in joy, and in desperation. This versatility is what makes Chike’s Boo of the Booless rock. 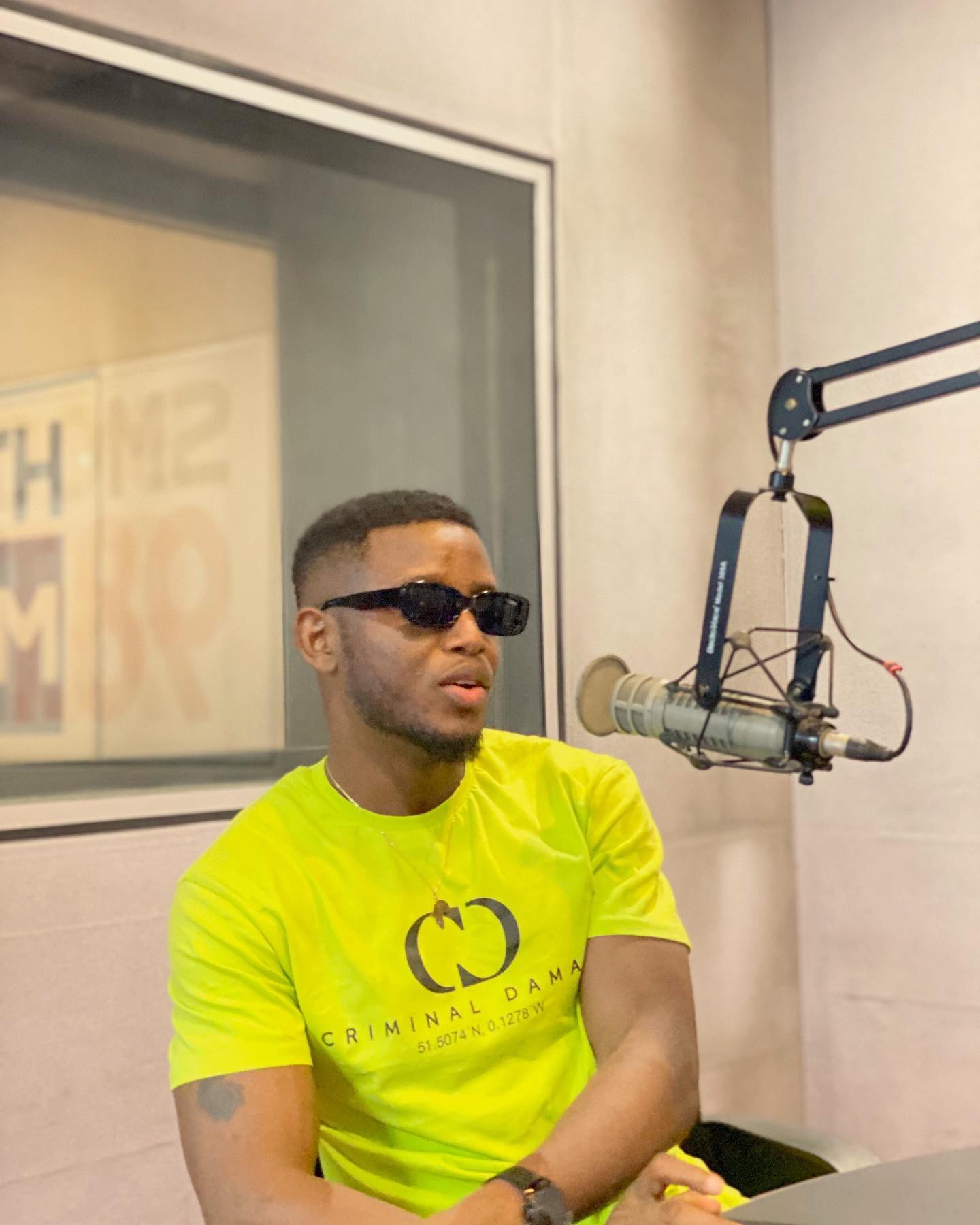 In what has been a sheer demonstration of music’s quality to move, this debut album (released 14th February) has continued to wow listeners, gaining speed on the charts as well. With no label backing and being a relatively new face on the scene, how has Chike managed this mesmerizing achievement of a debut album?

To chart his artistic path, one would be taken to 2009, where Chike – who would later graduate with a Computer Engineering degree from Covenant University – was awarded vocalist of the year by his high school. Contesting in a duo of talent shows in 2015 and ’16 (Project Fame West Africa and The Voice Nigeria), Chike’s reputation as a vocalist per excellence. Even as he sang covers, the distinct feel of his voice couldn’t help but take center stage. 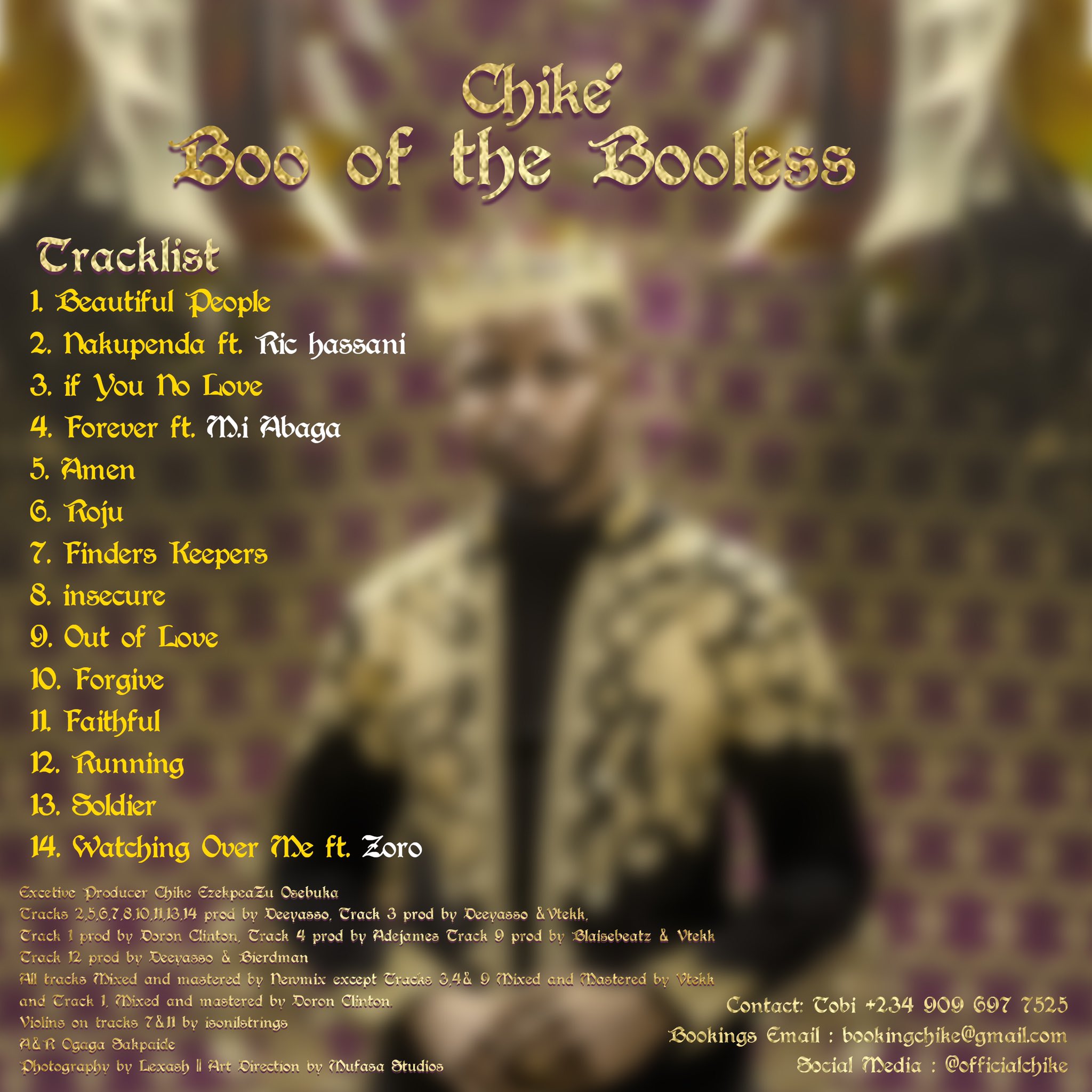 Chike’s Boo of the Booless tracklist

Four years later, a slew of singles and a 14-track album, Chike is here to take the industry. “Beautiful People,” BOTB’s opener, was released more than a year ago, and yet, its irrepressible love message thrives within this larger collective. Its lucid calm is set by the minimal feel of its production, clashing drums and exquisite horns. Chike’s voice is emotionally invested as he croons about the totality of his love. When he sings “na why I hold… na why I hold my baby” in the last half-minute, the words are preceded by the imperfection of love, how easily and destructively it can be wielded by the manipulative. In one fell swoop, Chike, more than just being the lover boy, places his art in reality, and yet beautifully so.

“Soldier” is an emotional rollercoaster that zooms in on a tale so familiar yet fresh. Like every mother in such a story would, Chike’s voice bears the painful tone of the inevitable. Piano-led, the song plays to the melancholy of its theme, even as Chike’s songwriting is simple and evoking. “If they lose you, they only lost one soldier/ but if I lose you, I lost my whole damn world,” he sings. In a plea, the mother dares by urging the Soldier to refuse war. Perhaps we should all dare, Chike admonishes. But more than just its obvious beauty as a song, “Soldier” works because Nigeria, like many African countries, is explicitly kept safe by the efforts of soldiers who brave front lines and Boko Haram bombs. Hence, there’s this conflict in Chike’s song. If we wear our empathic skins who’ll make sure they don’t roast? Conceptualization and precise songwriting provide the extra to Chike’s songs, as evidenced in BOTB.

The theme of love, obviously the driving force of the album, is reflected through different spectrums. On “Amen,” “Nakupenda” and “Forever,” everything that is beautiful about love is collected and amplified by song and production. On the latter duo, Ric Hassani and M.I Abaga make for excellent guest features, the veteran rapper literally delivering an epic verse that spans decades and oozes skill and deliberation. The five-song run which begins with “Insecure” and ends with “Running” finds Chike building a subconcept upon a rocky relationship, as his persona goes through the jealous phase (this directly affects the thing), and eventually, in novelistic fashion, “Out of Love” puts things in perspective: she’s no longer in it, she’s fallen out of love. “Running” however seems to be the birth of another relationship, and the sense of reinvigoration is on display here from the start. (Chike first lines are “anybody wey wan fight you/ make them come they already know/ I’ll be right beside you/ like the wall of Jericho.”)

In contemporary Nigerian music, love has become the topic most artists sing about. It’s always been, actually; but what excites in 2020 is the newer artists who are moving away from the hedonistic qualities of love and embracing the purely romantic, and often sentimental. Artists like Joeboy and Fireboy DML especially, are erasing the macho male narrative, the unflinching, and the elegant. The breakout songs of both artists played to this. Chike, with his debut album, has placed himself in that conversation. (although for now, not to the bulk of Nigerian listeners. Read the mainstream) Already, a comparison has been drawn between Boo of the Booless and Laughter, Tears and Goosebumps. I’ll say this: it’s instantly recognizable that the minimalism of Chike’s album works in the flawless execution of its concept. And while that may not be the same were the artiste making the album for a larger audience, BOTB doesn’t pass itself as a creation of improvisation. Although they fairly stretch the overall sound of the album, the miracle of Chike’s album is that songs like “Amen” and “Watching Over Me” could, in time, given the right promotion and all, become anthems. And by virtue of this, be played in very different settings to the one in which the album was made: a local Pentecostal church, a market, at a wedding, etc.