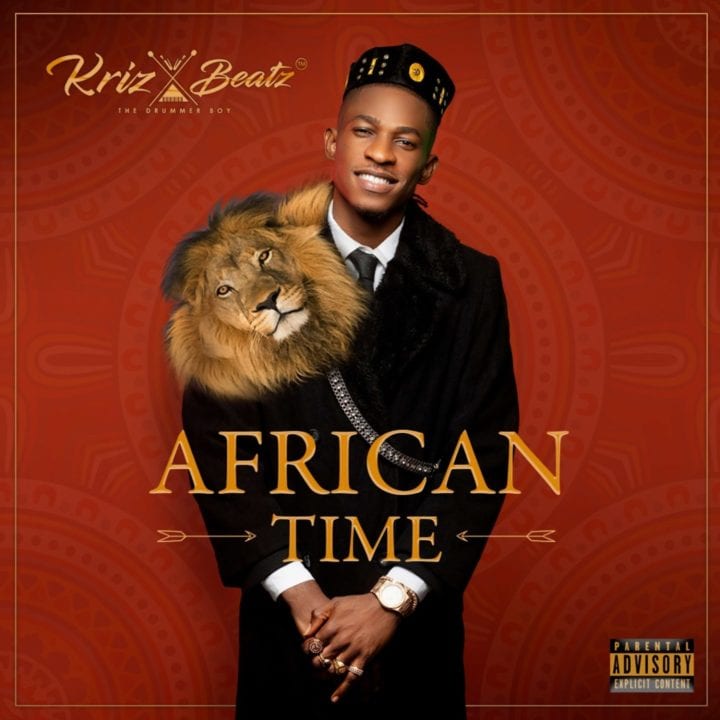 In 2016, from July to October, Krizbeatz produced some of Tekno's biggest songs, ‘Pana’ and ‘Diana,’ co-produced with Selebobo. At the time, the Afropop artist was on a run enabled by Tekno's deceptively simple spins around the theme of love. As well as a beneficiary of the uptempo percussions and a chord progression which elicits, in many a listener, nostalgia. Krizbeatz, as demonstrated in his contributions to that great Tekno run, is a great producer, with an immense potential for hitting lush and full African soundscapes out of notreallycomplicated drums.

Having been around for nearly eight years, Krizbeatz has accessed an in-road to the biggest musical talents who, on many occasions, have turned to him for a hit record. What makes the Krizbeatz treatment special? Drums, and the heavy percussive instruments which build the base of Nigerian Pop, is ever present in his sound –earning him the ‘drummer boy’ suffix– but it's the accompaniment in which the drums are decked. Take, for instance, the Lil Kesh smash hit, ‘Kilo Shele Gan Gan.’ In a beat breakdown video, he explains that the screeching sound which supplies the loop, is his own voice. As he divulges the intimacy of his trade, bursting with a boyish excitement, he makes known (by his rigorous production style) his dedication to the sound, a unique vision for Afro pop.

While the producer, in Nigerian spaces, might not be as acclaimed as, say Pheelz or Sarz, this is in part due to focus on a wider pan-Africanist market as well as a sonic pallette which draws from influences as varied as Reggae and Bongo Flava. His debut, Afro Dance Music, was a mix of these, an omnivorous tape which demanded as much as it gave, the producer reaching across the continent for singers: Nigeria, South Africa and East Africa, Kenya. Its mission contained in title, the 13-track work pursued the producer's intent to define his sound.

Three years on, Krizbeatz doesn't necessarily heed such concerns, rather opting for a wider project and touching base with a host of genres, from EDM to Nigerian Pop to R&B, calling up a similarly diverse set of acts to match his vision.

Teni, who's worked with the times in the past, is tapped for titular track ‘African Time.’ With the additional responsibility of an opener, the end project falls just short of expectation. The intent is bare: a party starter with loud EDM synths to throw up hands and frenzify bodies, but the production is somewhat common and Teni's predictable songwriting is only saved by the exceptional strength of her vocals. No such mistake is made by Diamond Platnumz, settled finely in familiar sonic terrain, charged by the rippling background drums and evocative keys and horns, each part exquisitely strung to cast a sunny vibe about the song.

I'll go ahead to assume that for a project titled ‘African Time,’ Krizbeatz channels the lightness of character attached to that infamous phrase, so that the songs come off as simple on the top (the vocals), but featuring, like the concept of the African Time, so much bubbling beneath, with Krizbeatz's production. On ‘Pamela’ he pairs the romantic duo of Mr. Eazi and Vanessa Mdee, placing them in the midtempo world of the usual drums, but with spilling electro riffs which run into Eazi's chorus, accentuating the gloomy temperament of a pleading lover. As Mr. Eazi works up the head to bump, Vanessa Mdee brings melody, her svelte voice complimenting Krizbeatz's dense production.

This lightness of character is retained beautifully in the sunny ‘Aminah,’ featuring the duo of Reekado Banks and Tanzanian Rayvanny (who's struck an impressive note with his Nigerian collaborations) who deck the song in sweet vibes. Their voices – Reekado's poppy and Rayvanny's sleek– meld in and out so beautifully, presenting the record's case for a personal favorite from the album. Considering the next song on the album, a saccharine Highlife record featuring the cheat codes Phyno and Timaya (and Ceeboi), the brightness of these songs play like a fun outdoors party, with Krizbeatz the enigma producer with jams for days. Doubling two songs back, veteran musicians Faze and Ghana's Samini do a remarkable number on ‘Special Love,’ a reggae-tinged bop bursting with the sensibilities of R&B and the scratchy edges of experience in each artiste's singing.

Love, no doubt, is an indispensable material of modern pop music and Krizbeatz pays a measured ode to that. But he has other concerns, given the mentioned tendency to experiment, and as such birthing two versions of the same record, the Tekno and Teni collab ‘Hit’. Merely two songs away, both records chip at the producer's interests, the ADM version updated with stuttering vocal samples, reverb and swooning keys to suggest urgency; in this case, to dance. ‘Riddim’ continues this exploration of electronic devices with synth flourishes, creating the template for Yemi Alade and Skales to perform considerably well, seeing as there's a lot –perhaps too much– happening around the record.

Across most parts of this project, Krizbeatz opens his booth to familiar voices like Tekno and Diamond Platnumz, and such songs are considerably predictable (even if enjoyable), save for the producer's buffing. But the unexpected highs of the tape comes with the ‘strange’ partnerships: ‘Ogede,’ one of such records, is patterned to Afro Swing, with Falz and Fuse ODG delivering catchy one-liners on either side of Tanzania's Nandy. Another such collaboration is the pairing of Skuki and Fuji icon Obesere to deliver ‘CVM’, a record which, in more ways than one, pays respect to the indigenous Hip Hop popularized in recent times by the likes of Zlatan and CDQ, what with the verses sounding like it was ghostwritten by Naira Marley. But it's a great vibe, placed even firmly in its roots with the presence of Obesere. Ethics, an East African act, holds down ‘Nitolee’ with his cealess energy, rapping and singing over the energetic production which bows out to the masterful inclusion of a flutey sound.

African Time is thoroughly a producer's project. Krizbeatz never strays far from an artist, buttering their vocals as he sees fit for the slice. When he does slice, it's to the base of a beat, overdone in some songs. Most parts of this sophomore shine though, attended by Krizbeatz's eclectic skills, having contributed to his reverence as a producer. In 2020, as African sounds continues its exploit into foreign spaces, Krizbeatz, one of the most important producers in the continent, has done well to continue his own foray into the world, western validation or not.