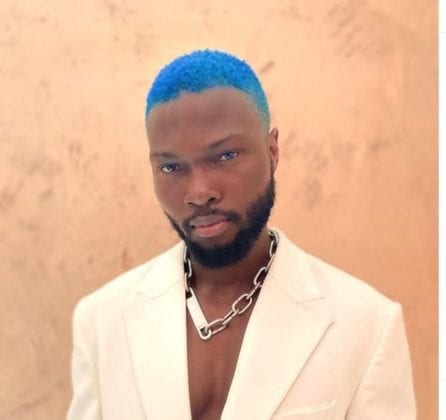 An Overview: Afrobeats, Electro Fusion - Best of Both WurlDs

WurlD’s musical influences has been varied since the first day; a child of two cultures: The Western and the Nigerian. In cue, his sound – dubbed ‘electro fusion’ by WurlD – portends a genre-bending form which holds EDM as a spectrum to interprete other sounds,  creating music which is “soothing, electrifying and unpredictable.”

Born Sadiq Onifade, WurlD took his first breathes in Lagos. Later in his life, he schooled in America, Atlanta, and there, he began recording songs.

In May 2016 – three years after the release of his debut EP Evolution, a couple of big songs to his name, collaborations which includes a writing stint on American R&B icon Mario’s album – WurlD released “Show You Off,” a song he gives great artistic relevance to. “ ‘Show You Off’ created the foundation for my vision. I started thinking about fusion,” he said in a interview with Okay Africa.

Ever since, he’s stuck to that vision. Last year, I Love Girls With Trobul, a afrobeats project with Sarz, was released. Some months earlier, he had put out his first EP of the year, Love is Contagious. Now, there's a stark difference in both projects. While the former took and advanced peculiarities  unique to Nigerian Pop, the latter, which came 8 months earlier, had WurlD on the electro fusion (the fusioned sound often being R&B) course which had started from the beginning of his career.

Alongside Sarz he made magic, the both of them making the some of the finest music we've heard in a while. Many listeners got to know WurlD from the Trobul project, obviously because of its relative closeness to what we call mainstream music today.

The blue-haired tactician soaks in its success, but he's quickly moved with the music, and rest he hasn't. His new project, AFROSOUL –his 3rd EP in a little over a year– will be released tomorrow (May 14th, 2020). He's already put out three songs from the 7-track EP, as if to chart the sonic progression from the previous tape. The title speaks: WurlD is charting deeper seas.

Now –all WurlD is WurlD, but keeping the competitively fun spirit of recent times, we present to you the best of both WurlDs (pun very much intended), and this is very clearly a personal take. Three songs from the afrobeats pallette, and 3 songs, from the electro fusion–leaning WurlD.

Off debut Evolution (2013), is "Our Hearts Meet", a soulful performance about wanting a woman. With its writing centered on wanderlust, the production features EDM elements, and WurlD's voice complements it perfectly.

Forever in a Day

WurlD's early music might have been heavily influenced by Western sounds, but it holds something for the Nigerian listener, too. A song like "Forever in a Day," for instance, with its exhilarating sound, would inspire a joyful connection, even though its lyrics might have you called a "woman wrappa." Ultimately, vulnerability has always been part of the music, and loving WurlD comes with embracing that.

The closer to Love is Contagious, "So Good" isn't as electro–influenced as the other two songs here but when you listen, you'll pick the sound of that electric guitar, how it moves to the rhythm of WurlD's lyrics to create an head-bopping experience, even as the artist waxes poetic about his own experience. Pay attention to its last seconds, how the bass line is amplified and moves the narrative.

We could trace WurlD's journey into more indigenous sounds with this 2016 song. Featuring heavyweight afrobeats producer Shizzi, the artist also calls on Major Lazer's Walshy Fire. Its writing do not stray from the signature WurlD tale of love and romance, and there's a seamless blend of Afro elements (the percussions, the horns, the keys) to electro music. "Show You Off" is the perfect "middle song," and as he's rightly pointed, set him upon the path of indulging local sounds, actualized in the songs that'll follow.

Shizzi evokes a party vibe with the beat of "Contagious", heavily influenced by the scattering drums of Juju. WurlD shows in similar style too, his songwriting minimalist, and with the lines delivered in Yoruba, magic was made.

"I feel like anyone, anywhere in the world can relate to 'Mad,' even though it’s afrobeats," says Sarz in an interview with Vibe Magazine, talking about ILGWT. "MAD," quite simply, is one of the best songs we've heard, and the talent of the duo (Sarz and WurlD) shines through every second as they craft something beautiful and earth-shaking out of the familiar.

Now which WurlD – scratch that. Go listen to WurlD's discography, start to finish, and get in tune with his music. Another excellent project awaits us tomorrow, and wouldn't it be nice to be on-page with one of the great stylists of our time?