A Review of Davido Live in Concert 2018

December is known for the numerous events that take place in Nigeria especially in Lagos. Many Nigerian artists end the year by headlining their concerts, thrilling their fans with commendable musical performances, and connecting with the audience on a personal level. Nigerian superstar Davido held his concert Davido Live in Lagos at the Eko Atlantic on December 27, 2018, and it was nothing short of amazing. The venue for the concert was so crowded that people could not help kicking one another as they danced Zanku. But this, they did with absolute pleasure.

I won’t deny that I’m one of the few Nigerians that are yet to believe in musical performances by Nigerian artists. Most of what they do is lip-syncing or performing while the song plays in the background. I consider it to be laziness and lack of creativity as far as performances are considered. However, for some reason unknown to me – but known to my alter ego – I attended Davido’s concert. At first, I was displeased but very much later I was bursting with excitement. After the concert, I was in awe. The angels whispered Davido’s name in my ears and it soothed my mind. Watching Davido perform presented me a new perspective to see the Afrobeats star from. The deduction I was able to make after several considerations is that Davido knows music – and everything that it comprises. The dynamics, promotion, killing performances at concerts. 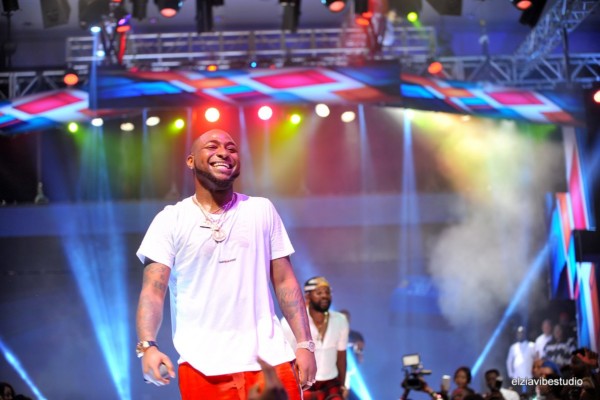 A Review of Davido Live in Concert 2018

Davido did not begin performing until about 2 am. Before he graced the stage with his presence, there had been a series of performances from different acts including Spyro, Prettyboy DO, Oxlade, Terry Apala, Barry Jhay, Danagog, Deekay, and many others. The host of the event, Livewire, kept everyone on their toes as he rocked the stage exuberantly. The stage was glamorous as bright lights illuminated everywhere. It’s extremely annoying that Nigerian artists do not adhere to the stipulated time for their events. However, it’s hardly their fault and mostly the promoter’s fault. At some point, the audience began to grumble and complain that they had yet to see the act for which they paid to see perform. DJ Ecool came on stage and was able to cool the atmosphere. He displayed a very interesting performance even though his DJing skills are sometimes questionable. His energy is pure and very contagious. Before he came on stage, Kenny Blaq had enchanted the audience with his stage performance. It is a mystery how he manages to blend comedy and music so perfectly. A rare gem. The talented Smallz The DJ had also kept everyone captivated as he effortlessly delivered jam upon jam. He is most definitely an act to watch out for. Broda Shaggi also had a commendable performance. It is riveting how his art has seen a lot of improvement. DJ Neptune came to take over at some point to reignite the crowd who had tired from DJ Ecool’s selection.

Special Spesh came on stage and did what he does best: ginger the crowd. At this point, people ceaselessly hurled objects at him in anger that Davido was yet to come on stage. He assured everyone that Davido was around and would soon come on stage. Davido’s entrance was phenomenal. The Afrobeats act was dropped on the stage from the top, hanging from a rope. There was a loud chatter from the crowd as the star of the night appeared. The live band was ready. Davido was set to go. 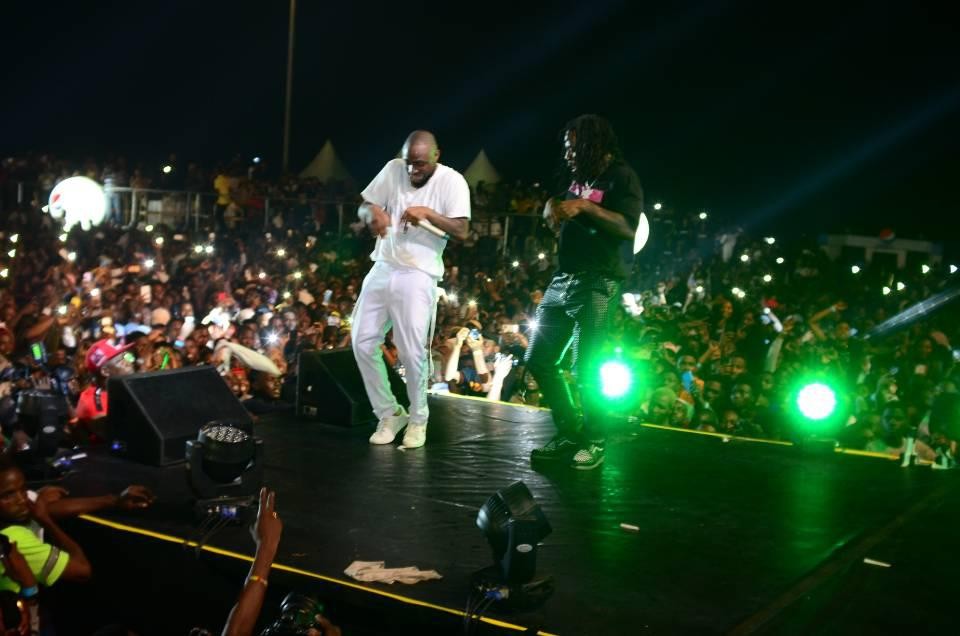 Davido is a vibrant performer. What he lacks in vocal dexterity he makes up for in his performance. He performed Ekuro and the audience cheerily sang along. He has such amazing crowd control. He continued to perform his other songs before later bringing Lil Kesh out to perform Shoki. Naira Marley and Zlatan joined them on stage and they all performed their songs respectively including Able God, Jogor, Issa Goal. They all had outstanding performances and the audience turned up accordingly.

The crowd at the concert was overwhelming. The concert was majorly sponsored by Infinix and Pepsi. Davido had earlier expressed worry about selling out the show as he barely had enough time to promote it. But the turnout was insane. Music fans and lovers chanting as he performed his hit songs. A fan jumped on stage to show Davido that he tatted the superstar all over his body. Some girls also climbed the stage to hug Davido and almost refused to let go. It is a thing of wonder how superstars manage to handle all the fan love they get without losing their sanity. Davido also gifted two fans N1 million each. He is, indeed, OBO (Omo Baba Olowo).

Other acts performed alongside Davido including 9ice, Ice Prince, Runtown, DMW acts, Burna Boy, Duncan Mighty, Danny S, UK act E.O and many others. Some of the highlights of the night include Cubana Chief Priest coming on stage to spray money for the fans (this generated a bit of commotion among the fans), Davido bringing his boo Chioma and his two daughters out on stage. Davido’s performance continued until later in the morning before ending at 5 am. Even though most of the Nigerian music concerts are far from being standard we have to commend acts like Davido for creating such unforgettable experiences.