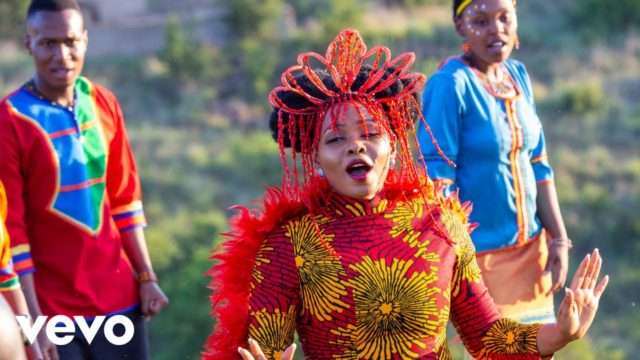 READ ALSO- Off The Empress LP, Yemi Alade Premieres the Video for 'Dancina'

A song themed around hope and determination, Yemi Alade's combination with the Mzansi Youth Choir - ( A choir established in July 2003 to afford talented, underprivileged teenagers and young adults the opportunity to proficiently perform locally and abroad) created the masterpiece called "Rain". Away from hope, the song advocates for oneness as Africans. notable lyrics reads

"We are one people under the sun, we are".

The Afro-pop ballad song has some heavenly vocal backups by the Mzansi Youth Choir which makes it easily a classic. Shot by Ovie Etseyatse a young Nigerian Cinematographer, the visuals released on Monday 21st of June 2021 aesthetically capture Africa, its cultures, people, and environment.