Yemi Alade was a guest on Al Jazeera‘s English platform and she came with her band for a live performance just after her interview. The video was streamed via Youtube on Monday, the 4th of October 2021. 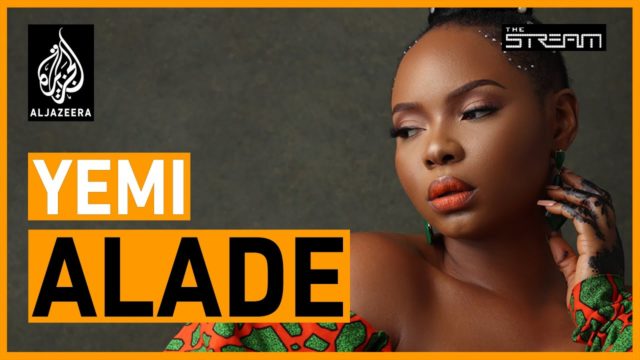 Nigerian pop superstar Yemi Alade is a force to be reckoned with. In her own words, a “Woman of Steel“. The singer’s accomplishments in music are many. Her song, Johnny was one of the biggest hits on the African continent in 2014.

In 2015 and 2016 she won Best Female performer at the MTV Africa Music Awards and was nominated for Best International Act at the BET Awards. In less than a decade, she has released five studio albums and has collaborated with artists such as Rick Ross, Duncan Mighty, Angelique Kidjo, and Funke Akindele. But perhaps her biggest collaboration to date has been with Beyonce, contributing to the Black is King Album with The Gift and Don’t Jealous Me.

Yemi Alade spoke with Al Jazeera’s Femi Oke in the new interview before joining her band for a live performance.