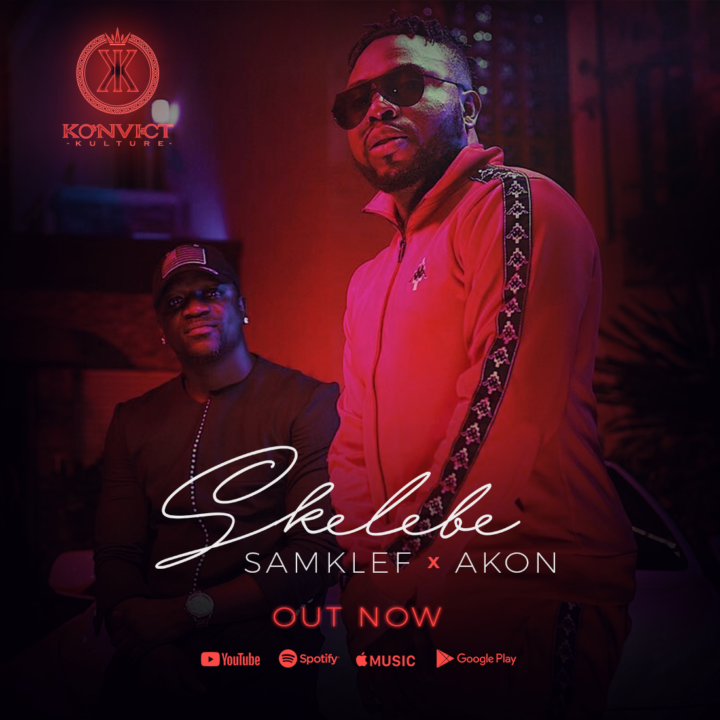 "Popular Nigerian singer, songwriter and producer, Samklef, has shot the official music video of his next single titled “Skelebe” featuring the Konvict Music boss-AKON, on the new single. The duo shot the video at locations in Lagos Island and Lekki (Nigeria).

Samklef, who is signed on to AKON’s Konvict Kulture Record Label & KES Entertainment Record Label-a joint venture partnership with Konvict Kulture, En-Treeg and Simcol Entertainment, produced the new song. "Samklef was signed to KonLive because he is the best all-around entertainer from Nigeria," said AKON who tops the 2017 list of richest African musicians according to Forbes Africa and is known for launching the careers of superstars Lady Gaga and T-Pain. "Everything Samklef touches turns to gold”. "