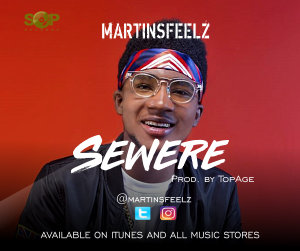 This is coming after the success of the singer and rapper’s hit track ‘Ju dice‘.

Born in September 23, 1998, signed to Scene One Production Record label jointly owned by JJC SKILLZ and his wife Funke Akindele-Bello, The hot new infectious single ‘Sewere‘ is out now,

Directed by prolific music video director, Paul Gambit ,’Sewere‘ was shot in Lagos and is definitely a viewers” delight. Enjoy!!