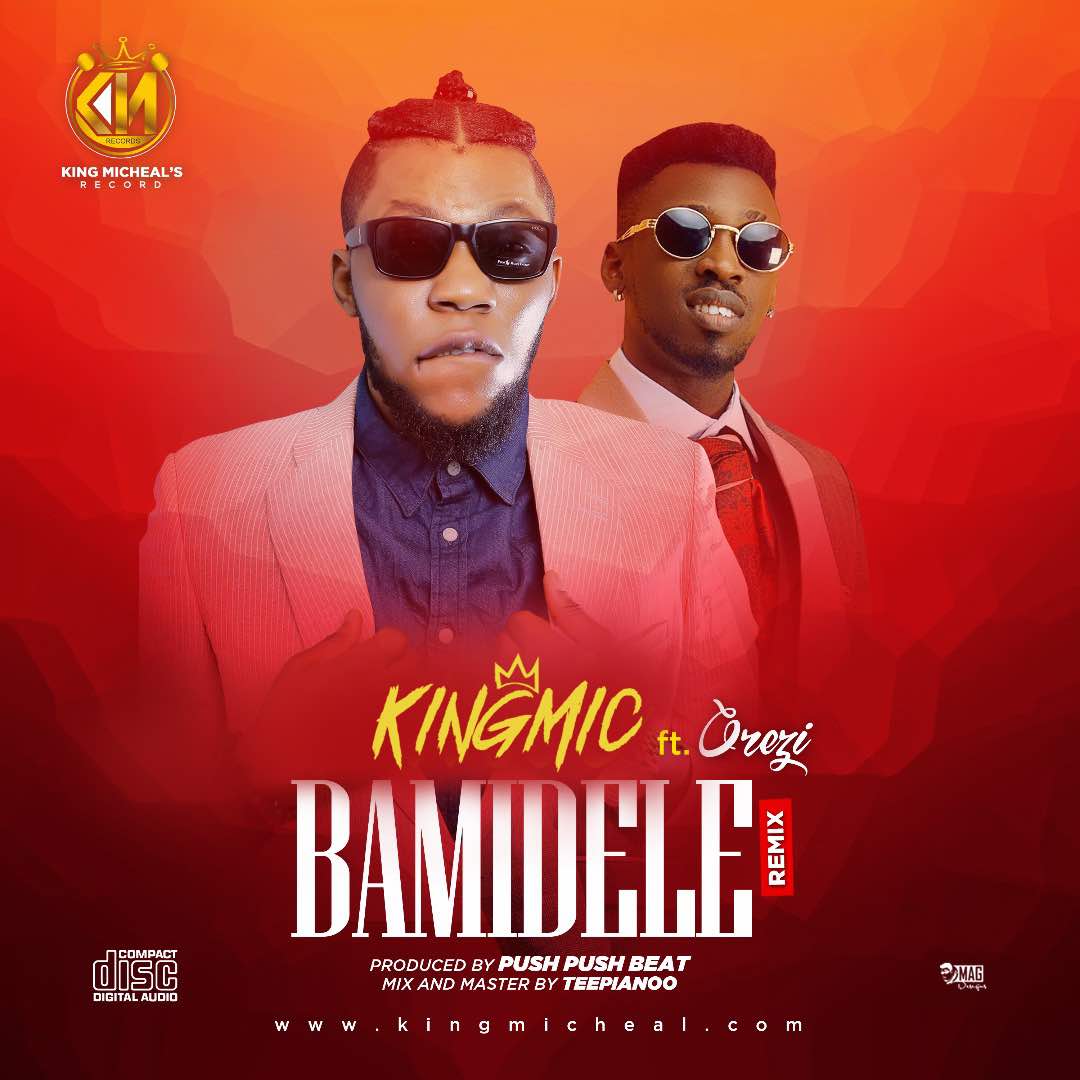 King MICHEAL’S RECORD Presents KingMIC with a new banger Audio and Video to his much anticipated singles.

OLADOSU MICHEAL OLANIYI known as “KingMIC” drop #BamideleRemix For You today his birthday 21th of Oct. (Kindly wish him HappyBirthday).

“After “#Bamidele” became a street anthem in all parts of Nigeria, rising pop star “KingMIC” returns with a new dimension as he drops both the audio and visuals to his latest offering termed “#BamideleRemix(Am In Love)”

KingMIC was able to perform as thrilled the audience with an energetic performance at the just concluded Son of the Soil (SOS) Concert, with the DMW starts and DMW Boss himself Davido in Ile Ife Osun State.

“KingMIC” Finally Team up with MrRaggamuffin Orezi on his much received single “Bamidele (Am In Love)”. For the Remix…Song Produced by PushPushBeat still, M&Mby:-Teepiano and Visual Directed by Paul Gambit. This much Anticipated hits single finally released.

KingMIC Collaborate with Orezi(MrRaggamuffin) the winner of AFRIMA Award Video of the Year, to bring his fans a melodies vibes and award winning Video.

“KingMIC” is currently been manage by his owned Record Label KING MICHEAL’S RECORDS. And looking forward to work with a Big Hand/Investor/Sponsor/Partnership.