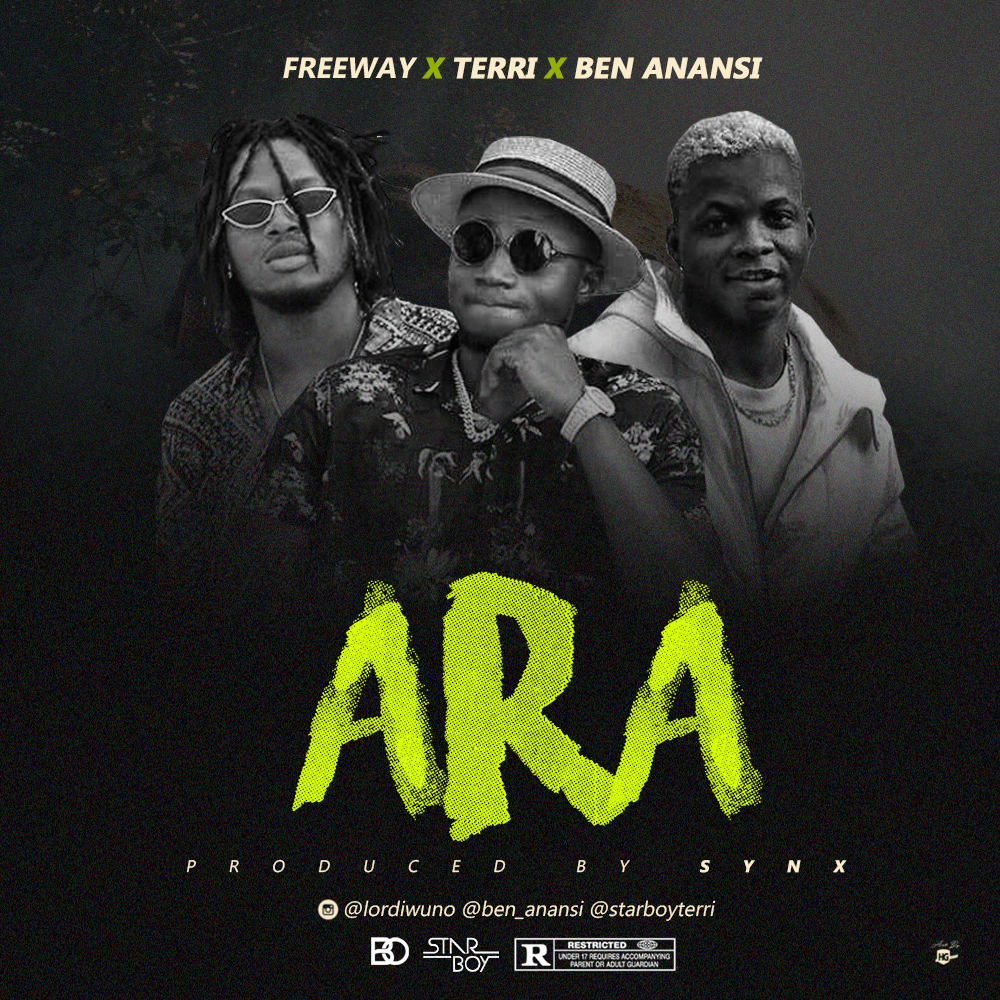 BO Entertainment co-owner Freeway is out with another single after the release of two smash singles waistline and kpelego which he was featured on by one of his label’s artist Ben Anansi.

Ara is out with the audio and also the visuals and it features starboy’s artist Terri and also his label artist Ben Anansi.

Ara is a smash hit with some South African vibes, produced and engineered by BO entertainment in-house producer Synx.