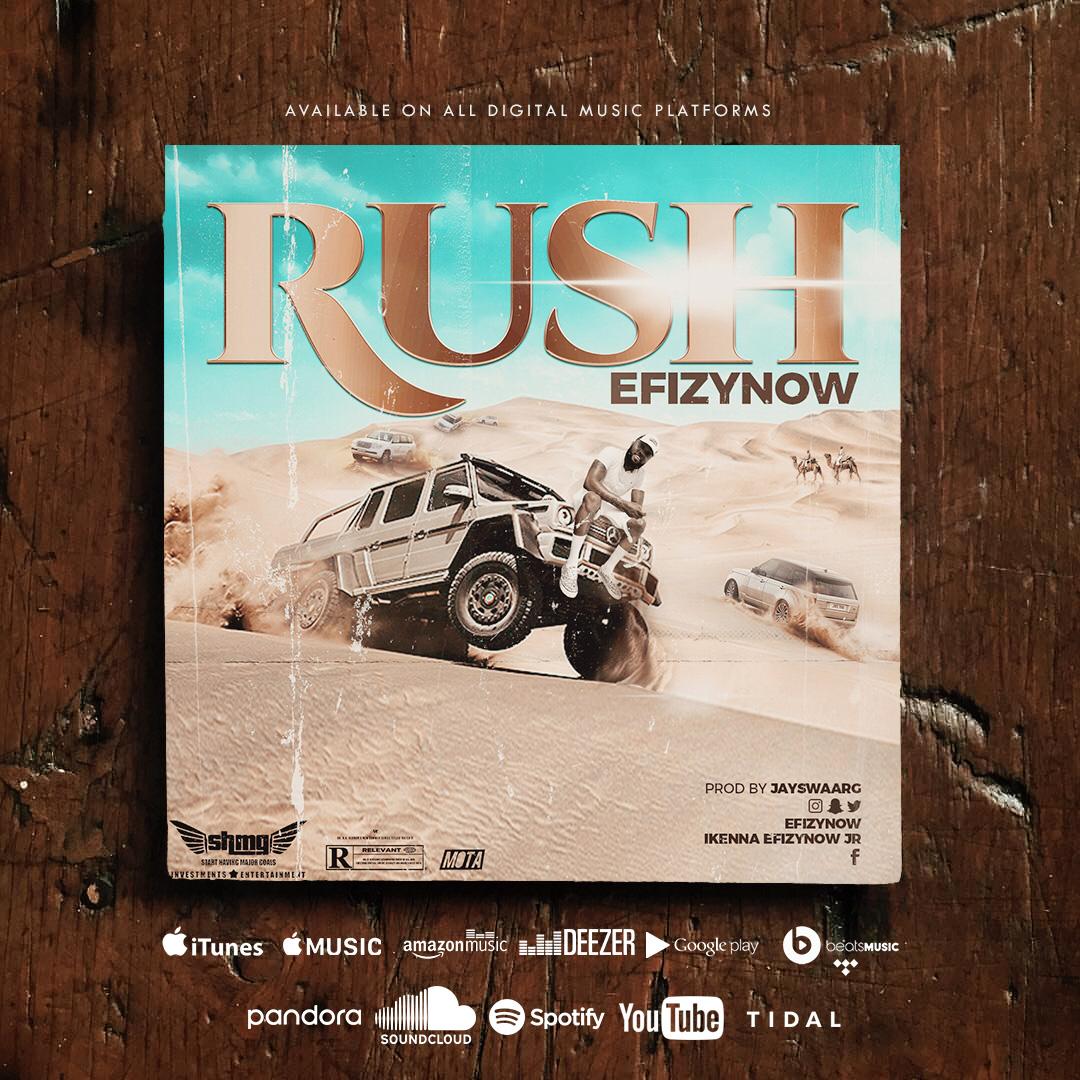 After videos went viral online on instablog and tunde ednut of this rapper EfizyNow performing the song rush while on a 7 venue- 3 city South African tour in a club in Johannesburg, South Africa . The internet hasn’t stopped talking about him.

On Monday November 26th 2018 ”Rush” became the second best selling song on Nigerian iTunes well ahead of the biggest names in the Nigerian music business, Making him the second Igbo rapper to ever attain such feat.

Start Having Major Goals Presents Momegha Ikechukwu Peter, stage name “Efizy Now” who was born and raised in Onitsha, the eastern part of Nigeria but hails from Oraukwu, Anambra state.“Efizy Now” started doing music at the age of 14, back in high school.

He came out top of a talent hunt organized by Kerruzzo entertainment in Enugu, and his first single “Tuo down” audio/video released in 2008, was widely accepted by fans and media outlets nationwide.

“Efizy Now” premieres his new hit single titled “Rush” Produced by JaySwaarg and this accompanying visuals was shot and directed by cross the boss and special visuals it was shot in Cape Town, South Africa.