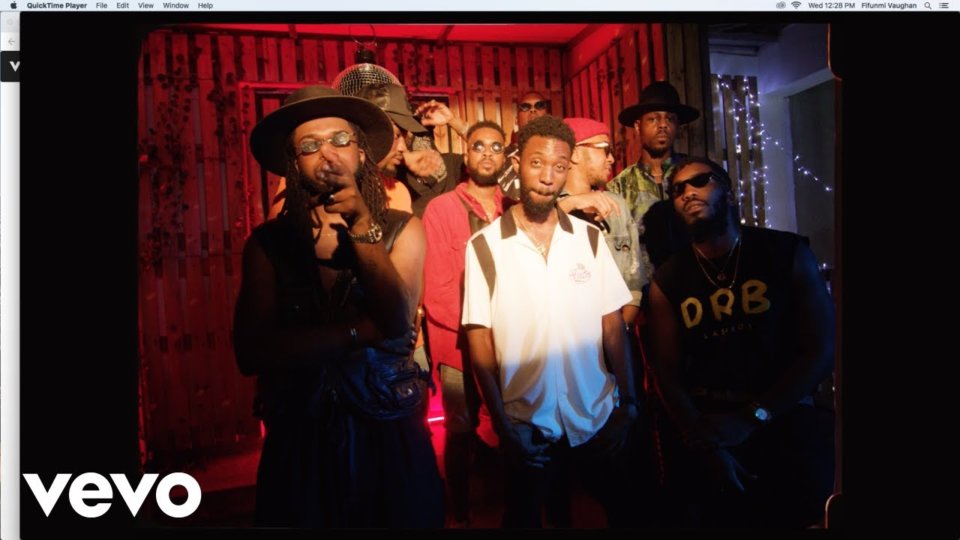 Alté scene pioneers DRB LASGIDI are back again with a hot new song and video entitled, ‘Alté’. This is the second single from their upcoming EP, ‘Pioneers’.

The three-part collective consists of  Teezee, Fresh L and BOJ.

‘Alté’ features a catchy up-tempo beat brought to life with visuals from the vibrant Lagos alté scene. The new movement of cool kids freely express their individuality with fire verses from Fresh L and cool flows Teezee. The bouncy 2Kriss beat, accompanied by BOJ’s catchy hook quickly sets the tone for a new anthem for the new gen Naija.

The ‘Alté’ music video, directed by Ademola Falomo with creative direction by DRB Teezee. The video showcases the DRB boys, pioneers of the alté scene, surrounded by their eclectic friends,  expressing their creative freedom through fashion and lifestyle. A disco ball twinkling in the lights, fairy lights and coloured hues reinforce the free-spirited and eccentric atmosphere. The retro feel extends from the setting into the video with many parts shot with a camcorder, giving old-school VHS tape inspired visuals. There are several cameos by artists such as Ycee, Ajebutter22, and D-O in the video with multiple still shots of popular artists such as Wizkid, Skepta, and Kida Kudz intersected throughout.

When asked about the inspiration for the video, Teezee commented: “Alté is more than just a movement. The scene consists of different people with different looks and sounds. We wanted to show people that the scene is incredibly diverse and drew inspiration from our own experiences as creatives. The video was created to address the misconception the public has about the alté movement as a whole. There is more to us than they think.”

Following the success of their hit single, ‘Necessary’, featuring Odunsi the Engine at the end of last year and Teezee and BOJ’s release of ‘Like to Party’ featuring Skepta, it is clear that whether as individuals or in a group, DRB never fail to deliver exquisite sounds.