2019 gave us so much hope and possibilities that a lot of us became so certain of what 2020 had in store. Do you blame us? After all the visions prophets, motivational speakers and politicians threw our ways to make us hope and believe. 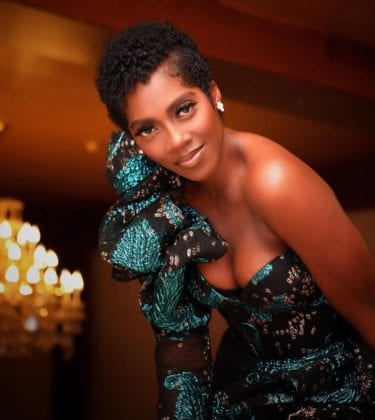 It was in this same hope and believe that Nigerian artistes, including Tiwa Savage, vowed that the year is going to be for her; didn't we all?

It looked like we claimed the year so much it decided to not be for anyone... came through saying "I am for everybody and I am for nobody"; a leader we cannot stan.

Enough of the talks that'll make you remember how you owned a year that refused to be yours. Today we bring a Tiwa Savage's video that we hope sends enough humour to brighten your day, no be only you 2020 slap, even Tiwa got hit

The singer, during her Soundcity performance, in early 2020, announced part of her plans for the year, not knowing crayfish leg go soon bend.