Shaybo Explains Why She Uses Yoruba Language in Her Songs | WATCH

UK rapper, Shaybo has explained why she infuses Yoruba Language in her songs during a new interview on the Afrobeats Podcast with Adesope Olajide.

Shaybo told Adesope during the interview that her rap inspirations are artists like Nicki Minaj and Lil Kem, and she adopts Yoruba language in her songs to stand out as her own act. The interview premiered via YouTube on Sunday, the 15th of August 2021. 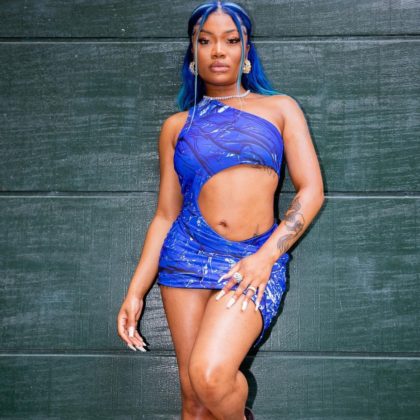 Shaybo who has Nigerian roots told Adesope that she was born in Nigeria and spent her early years in Abuja before moving to the UK. Hence, she grew up in a predominantly Nigerian household and is very familiar with the Yoruba language. She told Adesope;

The reason why I was inspired to be a rapper is because of people like Nicki Minaj, Lil Kim, Foxe Brown. I saw that women could do it and for me, I didn't want to be like every other woman. I felt me putting Yoruba into it was showing everybody that yeah, we no go carry last.

Shaybo not only uses Yoruba in her songs as she said in this interview. She also has a close relationship with many Nigerian artists. The rapper told Afrobeats Podcast that Lil Kesh and Spinall were one of the first Nigerians to put her on their projects. She also recently feature rave of the moment, Bella Shmurda on the remix for her song, Dobale.