BBNaija's Prince and Nastyblaq's dance battle was shared via Izzy Odigie's Youtube channel on Thursday, the 15th of July 2021. 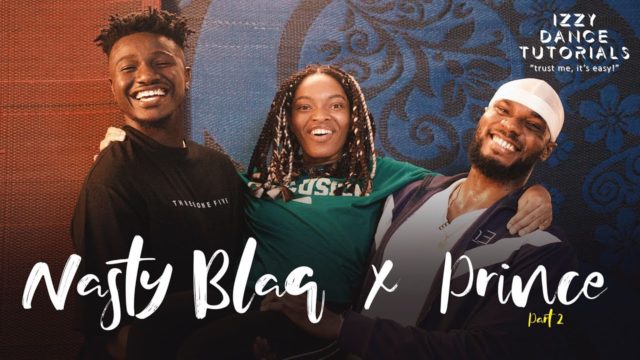 On Izzy Odigie's dance series, she breaks down fun and easy moves for celebrities like Nastyblaq and BBNaija's Nelson, and they sometimes battle. This episode kicks off with Izzy teaching Nelson and Nastyblaq the dance steps they are going to use for the battle. Nastyblaq was having a better time at getting it than the ex-BBNaija housemate. Prince Nelson however gets the steps finally and they then move forward to battle.

This is the second part of their dance battle posted on Izzy Odigie's Youtube. In the first part, This episode kicks off with a mock press conference show-off between the two competitors, Nasty Blaq and Prince before they meet with Izzy Odigie. Izzy wrote on her Instagram page;

This dance battle is going down in history!! 😂 part 1 now on YouTube, link in bio✨

WATCH THE VIDEO BELOW