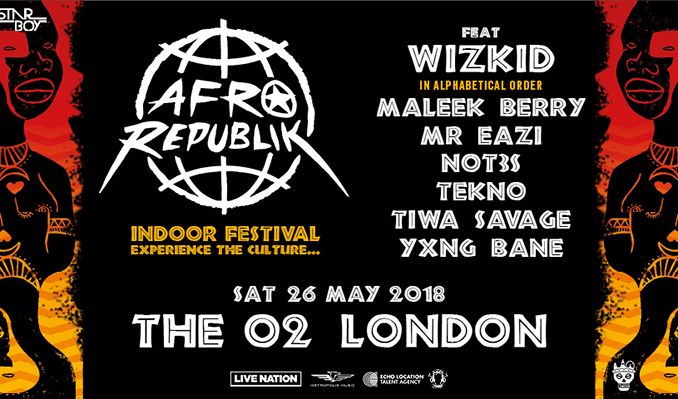 Wizkid is back on stage again with another record-breaking concert in the UK. He has topped his previous achievement from late last year at The Royal Albert Hall London, with this concert titled the AFROREPUBLIK Festival, taking place at The 02 Arena London, the world's most popular music and entertainment venue, with himself as the headline act. Also performing at the event are Eugy, Tiwa Savage, Maleek Berry, Yxng Bane, Mr Eazi, Tekno and Not3s. This is the inagurual edition of the festival, and all the available tickets for the 20,000 capacity venue have been sold out!

The concert is currently going down. Watch it live below.