Nigerian exciting songstress, Temilade Openiyi, popularly known as Tems, delivered a serenading live performance of her song "Higher," and it is one for the books. 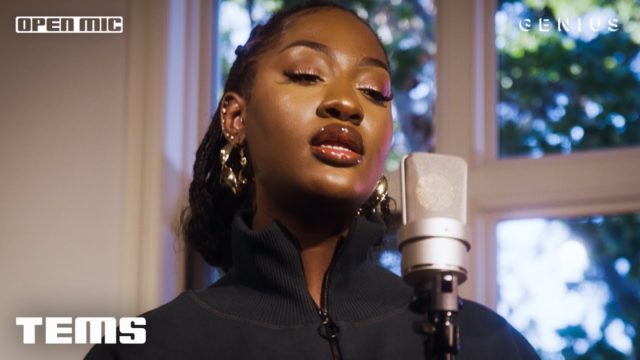 The soul-touching Nigerian singer delivered a live rendition of her single 'Higher' on "Open Mic", a performing platform created by the American digital company, Genius.

Tems, who is known for her soothing and soul-stirring music, had no problem delivering an acoustic rendition of her song. Flanked by two guitarists, she understood the assignment and delivered it flawlessly.

'Higher', produced by the Nigerian music production duo "Oddio", is one of the songs on her EP 'For Broken Ears' that was released in 2020.