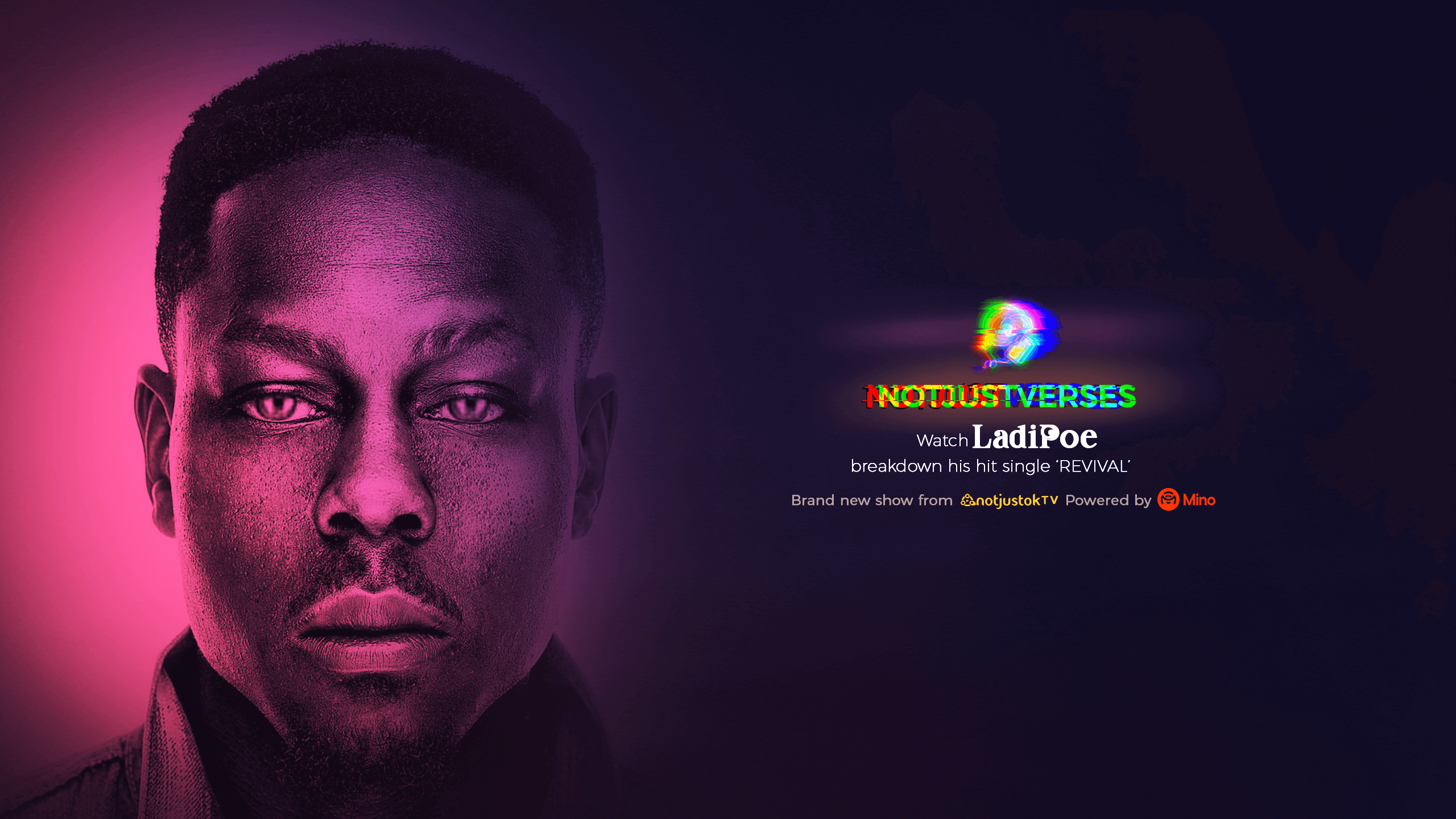 It is without a doubt that one of the best hip-hop projects to be released last year is Ladipoe‘s TAP. The rapper, who is currently signed to Mavin records, is a unique breed in the world of rappers, carving out a path for himself as an Alternative act.

One of the hit songs on the critically-acclaimed album that immediately appealed to the majority is Revival. According to him, it’s the last song he recorded before putting the album out. On the track, he throws punchlines around, plays skillfully with words and doesn’t give a fvck what anyone thinks about him.

Ladipoe gets together with Notjustverses to discuss the motivation behind coming up with the content that makes the song up. The episode is nothing short of thrilling.