The trailer for Kemi Adetiba's much-awaited King Of Boys 2 has been released now, featuring Sola Sobowale, iLLBliss, Charly Boy, and many more.

King of Boys 2 will be released as a Netflix series and the trailer gives an insight into what to expect from the show. The trailer was uploaded via Netflix' official Facebook page on Monday, the 16th of August 2021. 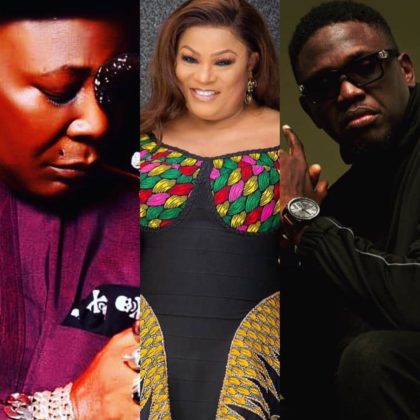 The first King of Boys movie released back in 2018 was a major Nigerian box-office blockbuster. The first part featured the principal character, Sola Sobowale and she returns as the lead for this series sequel. iLLBliss who was also in the first part appears on this one, but it remains to be seen if fellow rapper, Reminisce will also take on his role from the first part. Reminisce who played Makanaki in part one was shot by iLLBliss' character, Odogwu Malay at the end of the movie.

Other actors who were prominent in the trailer for King of Boys 2 include veteran singer and activist, Charly Boy. Nse Ikpe Etim, Efa Iwara, Toni Tones, Richard Mofe-Damijo, and many more. King of Boys, the series will be released via Netflix on Friday, the 27th of August 2021.

WATCH THE TRAILER BELOW: