Cuppy and Stonebwoy have unveiled the official video for their collaborative single "Karma", out 18th November. 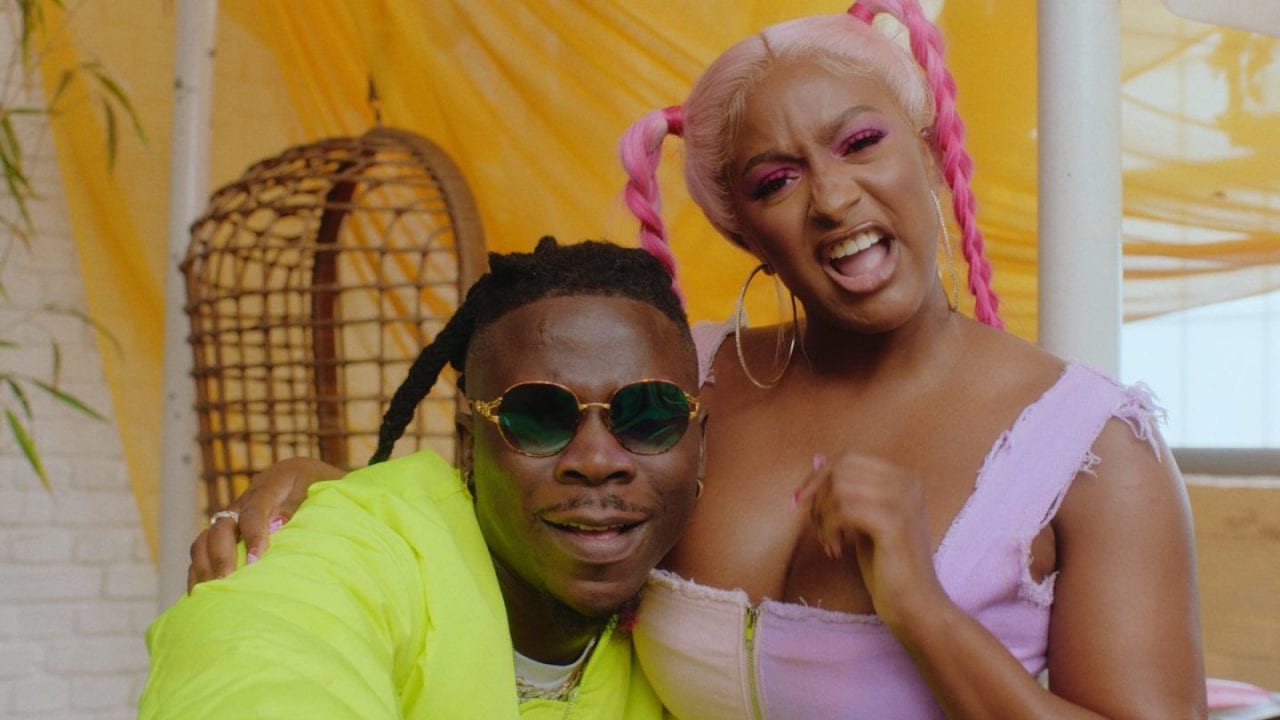 The fun-loving official video for ‘Karma’ sees Cuppy and Stonebwoy trade smooth verses as they dance and kick back in a relaxed party environment - a perfect match for the track’s seductive dancehall beats.
“‘Karma’ was recorded on a trip to Stonebwoy's studio in Ghana and it was really one of my best studio experiences,” Cuppy recalls. “I really wanted the video to reflect the energy we had in the studio, good vibes and fun.”
She continues: “My vision for the video was a fun and upbeat vibe. It's been a really tough year and I wanted a video that would be an escape from the present reality. I hope everyone enjoys the video as much as myself and Stonebwoy enjoyed being on set.”
Stonebwoy adds: “‘Karma’ is a big tune with a super clean video to match it. The whole process was big vibes. Cuppy is a sister and this one will defo go far.”'
See Also: - Cuppy - Original Copy (Album)
The track also featured on Cuppy’s debut album Original Cuppy, released in August to critical acclaim. With further guest appearances from the likes of Wyclef Jean, Julian Marley, Rema, Rayvanny, and Ms Banks, the star-studded twelve-tracker was hailed by Native Mag as “a special album that highlights her strengths and unique style”.
DJ, producer, philanthropist and Apple Music radio host, Cuppy has quickly risen through the ranks to become a supreme lead role as a global pan-African tastemaker. With her loveable personality and undeniable hard work ethic she’s embarked on a number of projects, including her ‘Cuppy Takes Africa Tour’ which was filmed and a documentary series of the same name aired on Fox Life.
Hailing from Volta Region, Ghana, Stonebwoy is one of Africa’s celebrated talents. Earlier this year he released his fourth-studio album Anloga Junction, which earned him a place in the Billboard World charts. The Grammy-nominated artist has since collaborated with a slew of international stars, including Sean Paul, Trey Songz, Burna Boy, Kranium, Chris Martin, Samini, and more recently, Keri Hilson.
The playful official video for ‘Karma’ is an ideal visual accompaniment for the feelgood vibes of the track itself.