Nigerian singer, Ayra Starr gave a live performance video of her songs, Bloody Samaritan and Fashion Killer for That Grape Juice during her recent UK visit.

In the video, Ayra Starr delivered a live acoustic performance for two songs from her debut 19 & Dangerous Album. The video was shared via Youtube on Thursday, the 18th of November 2021. 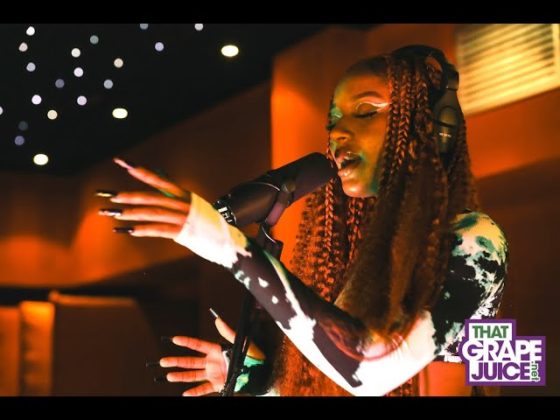 Mavin Records singer, Ayra Starr has had an amazing year after being activated by the label and dropping her debut self-titled EP. Not satisfied with that, the singer decided to put out her very first studio album, 19 & Dangerous which went on to do very well and birthed bangers like Bloody Samaritan, Beggie Beggie, and Fashion Killer.

READ ALSO: Ayra Starr Reveals How She Got Her Name in New Interview with Odda Magazine | READ

During her last visit to the UK, Ayra Starr visited That Grape Juice studio and rendered a live acoustic video performance. The live performance was a medley of two songs from her 19 & Dangerous album; Fashion Killer and Bloody Samaritan.

In a recent interview with Odda Magazine, Ayra Starr spoke about how she got the inspiration for her name and how she was inspired by Nicki Minaj.