April Maey introduces the Disney styled animation video for the song Starry Night. The song appears on her debut EP Ticket to Anywhere which was released in March.

According to her, "The video is about two young kids who try to save the moon by freezing time and putting the moon back where it belongs, in the sky". 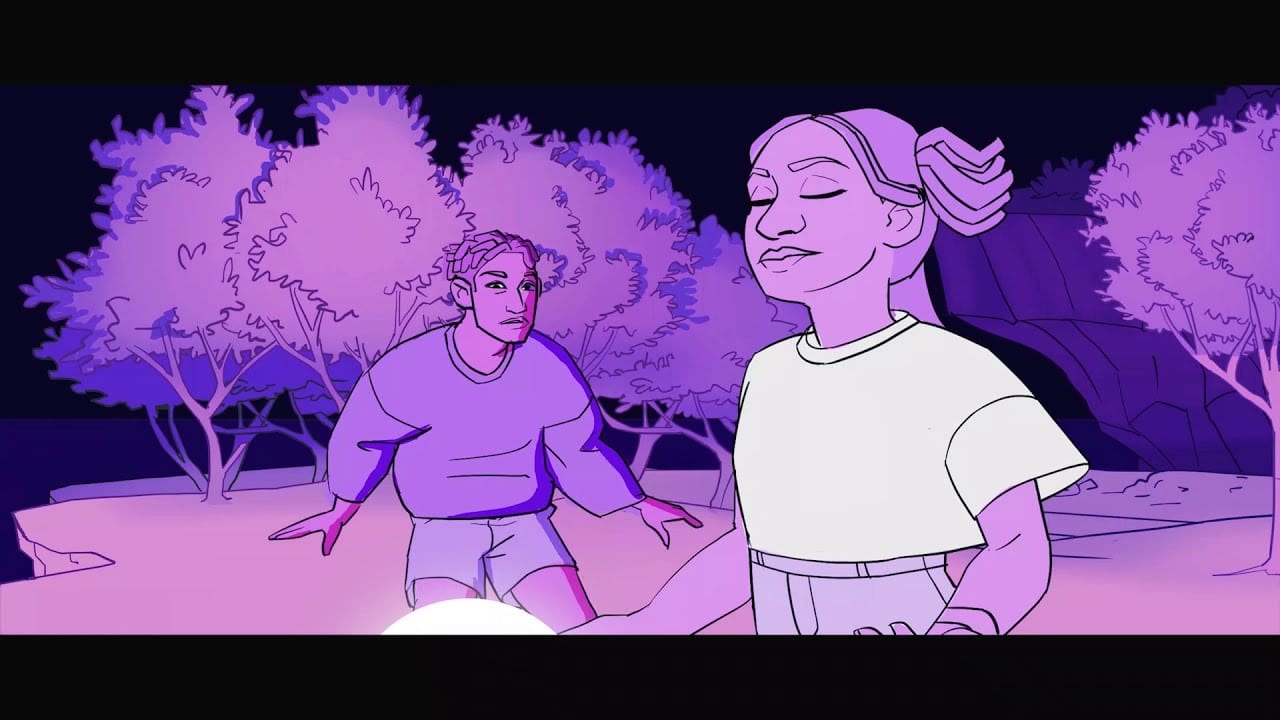 The animation quite literally introduces us to the essence of the EP. Perhaps love really is a trip to anywhere. No wonder, we refer to a ‘fall’ when we describe the moment, we realize that we are in love. A vulnerable position overwhelmed with uncertainties. This makes love the bumpiest of life’s trips. We see the avatars of April and her lover sharing moments of playfulness and expressions of affection by the campfire. The purple backdrop, inspired by Jaden Smith’s 'SYRE' enhances a utopian feel, while portraying the desire for affection and the struggles involved in verifying its authenticity. The visual detail rendered, positions the animated video amongst the best representations from the genre.

I’ve been obsessed with stories, movies, and nature for as long as I can remember” asserts the alternative soul singer. “It was very important for me to have a storyline attached to ‘starry night’… I wanted to be unique and tell a story”.

Headquartered in Ghent, Belgium, the Nigerian-born singer/songwriter has emerged strongly during the lockdown months. On Spotify, she went from 25 streams to above 100,000 following the release of the EP. She went from virtually no plays to 20,000 streams in 3 weeks on Apple Music. Currently, she is closer to half a million streams across all platforms. And all these before the release of an official video.

Last August, April gave her audience an EDM remix of ‘starry night’. through the release of the best animation from the genre, April will be seeking to expand her fanbase. The song, just as the rest on the EP has a solid poetic foundation. She uses words carefully, and such delicately woven lyrics are better appreciated when accompanied by alluring visuals. With the release of her debut video, April emerges as a rising star. A star worth checking out under the sky of alternative soul and R&B.