Yemi Eberechi Alade, simply known as Yemi Alade, is a Nigerian Afro-pop singer. She came into the limelight after winning the Peak Talent Show in 2009. She is best known for her hit single "Johnny".

What is Yemi Alade's Birth Name?

When was Yemi Alade born? 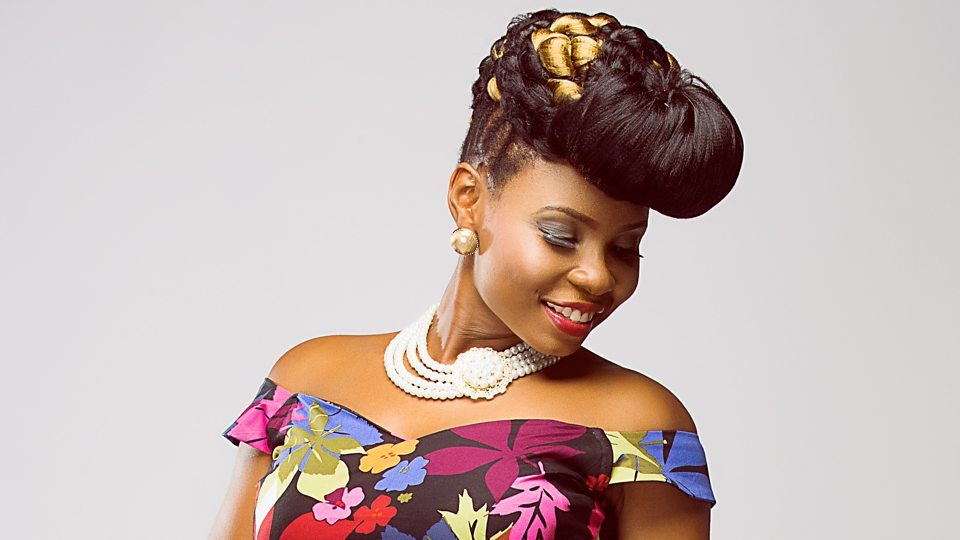 Yemi Eberechi Alade was born on March 13, 1989, in Abia State, Nigeria. Her father James Alade is of Yoruba origin while her mother Helen Uzoma is of Igbo origin resulting in her being referred to as "Yoruba-Igbo girl". Alade is the fifth out of the seven children in her family. Her sister is the famous Jessica Ejiofor, known as Stelea. She attended St Saviour British Primary School, then went on to Victory Grammar School, Lagos, before obtaining a degree in Geography at the University of Lagos.

Yemi Alade made her debut in a girl group named Noty Spices in 2005. Her musical discovery began after she won the Peak Talent Show in 2009. She later released her first single "Fimisile" under the Jus' Kiddin' label.

In 2012, she signed to music label Effyzzie Music Group and released her single "Ghen Ghen Love".

In July of 2013, Alade released the emotive video for her romantic afro-R&B "Bamboo", produced by Fliptyce. "Bamboo" went on to be a moderate hit and a massive love and wedding anthem. In the last quarter of 2013, she broke records when her most recent hit single, "Johnny", produced by Selebobo, was leaked on the internet. The dance number received major critical acclaim and became an instant smash hit, topping and dominating countless music charts across the globe. It been listed as one of the best songs of 2013 despite the fact it was released towards the end of the year without a video. Alade has featured on the covers of a number of magazines and has performed around the world, sharing the stage and songs with Mary J. Blige, Shina Peters, M.I, Wizkid, Becca, May D, Waje and Yemi Sax, headlined the Super Diva’s Nite at the 2013 Calabar Festival, and also was called upon to open the 2013 edition of the televised Headies Awards ceremony (popularly referred to as the "Nigerian Grammys") with an electrifying performance.

In 2014, Alade was featured on Yung6ix’s album on the critically acclaimed track "Lights" and also on the remix of the smash hit "Sebiwo" by Beninese Afropop star Lace. Alade teamed up with award-winning cinematographer Clarence Peters to create movie-like visuals for her international smash hit "Johnny". The music video for "Johnny" was released in March 2014 to critical acclaim and now has more than 16 million views on Vevo/YouTube. "Johnny" became an international smash hit as the single dominated the top of music charts and became an anthem in countries like Tanzania, Kenya, Ghana, South Africa, Liberia, Uganda, Zimbabwe, The United Kingdom and more.

She released her debut album, King of Queens, on 2 October 2014 and had a tour to go with it.