Tonto Dikeh, also known as Tonto Dike (born June 9, 1985) is a Nigerian actress from Rivers State and is of the Ikwerre tribe. Dikeh, from a family of seven. 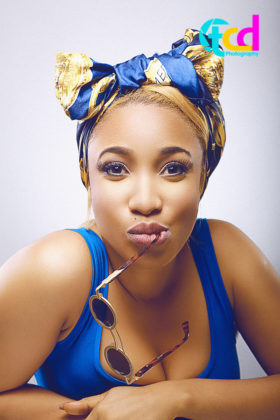 In 2005 she competed against other contestants on a reality TV show called The Next Movie Star; she was the first runner up. Dikeh's appearance on the show was as a means of getting closer to the "big time", she says, and her start in the Nigerian movie industry came soon after. Nollywood, as it is colloquially known, is second only to the Indian film industry in number of movies produced each year.

Dikeh says that after her second movie Holy Cross, more movie directors and producers were willing to cast her, and she has appeared in scores of movies since. Dikeh's role in the movie Dirty Secret has generated controversy amongst Nigerians, because the movie contains nude scenes. While some criticize her role of being untraditional and un-African, others say that Dikeh is merely being professional.

In January 2011 Dikeh took part in a charity fashion show in Lagos with Banky W, Omotola Jalade Ekeinde and others.