Reminisce is a versatile (singer, rapper, and songwriter) Nigerian artiste from Ajilete, Yewa South LGA in Ogun state, the western part of Nigeria. Reminisce was born on the 26thof January, in Kaduna state in Northern Nigeria. 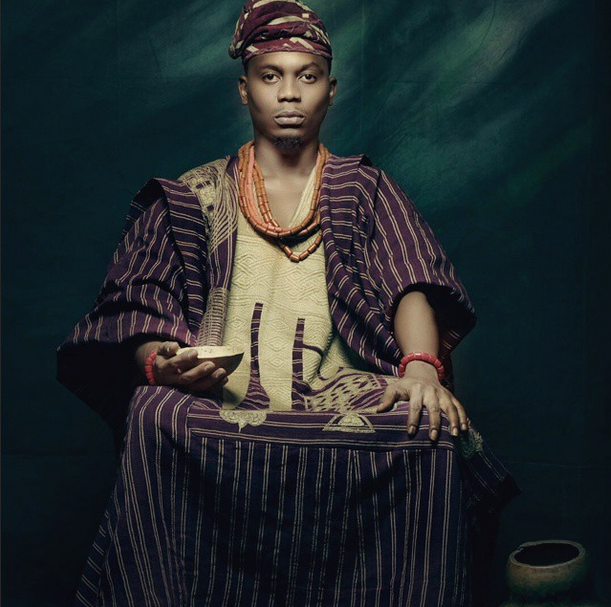 Reminisce decided to use the name Reminisce, because the first 4 alphabets is a short form of his first name “Remilekun”, and the word reminisce in English language means: Indulging in enjoyable recollection of past events, and his dream has always been to make music that people with Reminisce about in the future.

Reminisce is a Brand Ambassador for SAMSUNG

Reminisce has always had flair for music right from his childhood, grew up listening to various genres of local and foreign music, which helped form his versatility in his music career. Back in secondary school, he was performing at various school activities; little did he know he was on a path to great things. He has always wanted to be a rapper, and his favourite rappers back in the day while growing up were Nas, Jay Z, and Snoop Dogg, he developed his rap skills by listening and rapping lines from the rap legends.

Way back under the guidance of legendary Nigerian producer: ID Cabasa, CEO of the Coded Tunes franchise, Reminisce gradually developed his music skills and craft. At a young age, he had the privilege of learning from older acts (Artistes like 9ice, Jahbless, Lord of Ajasa, who were all under the label at that time) at the Coded tunes studio.

Reminisce later had his big chance to record his first-ever studio song in 2006, he later went on to record a full hardcore rap album that was never released because as at that time, because he didn’t have the backing of his parents.

He took a break from music, completed his tertiary education at the Kwara state polytechnic, where he majored in Purchasing and supply. He did music on a low key way back in school, performing at gigs, etc. However in 2008, Reminisce made a return to the music scene, when he featured on a track titled “Bachelor’s Life” off 9ice’s sophomore album titled “Gongo Aso”, where he did a rap verse, and from that year, he has never looked back on his music career.

Months after his comeback to the music scene, he dropped his first official single titled “One Chance” where he featured old-time friend: Jahbless. The song did very well on the streets and had massive airplay on radio. It was the much-awaited launch of a music career for Reminisce. He also featured on series of features, which made his name and brand get more popular, notable features are The monster his single “Jor Oh” by Jahbless which also featured Lord of Ajasa, He also featured on the remix of that particular song, which had heavyweights such as Eldee The Don, Ruggedman, Iceprince, and Durella. He featured on “Tin ko ko remix” by Plus One and many more.

He went on to record his own singles, and the dream of an album then became very real. He dropped “Ever since” where he featured 9ice, a story about his life till that moment, he also shot a video for the track at that time, he afterwards dropped “If Only” a love song produced by Dtunes, where he showed his versatility as a singer and a rapper. Both songs established Reminisce as a force to reckon with in the Nigerian music scene, and it was only a matter of time before the force became a reality. Other singles he released before the album were “Take it” ft XP and the late DaGrin, and “Caro”.

During the recording his album, in the studio with the world-class producer: Sarz, Reminisce carved a niche for himself, he took rap to a whole new level, and he decided to do music for the streets. He crafted the thug-like kind of rap and music in his mother tongue. He decided to craft this niche, because he wanted to make music for the common man on the street to be able to relate to, and also at the same time appeal to the learned people.

He went on to release a track titled “Kako bii Chicken” produced by Sarz, where he dropped 2 lines to announce his newfound niche in Nigerian music. “Oh ye rappers, I’ve moved on to greater things, I will see you in a jiffy” and “B*tch I’m learned, but local lon gbowo”.

Kako bii chicken was the track that established Reminisce as a new brand on the Nigerian music scene. The monster hit soon became an anthem on the streets, who named him “Alaga Ibile”, which means “King of the streets”. He, later on, went on to drop another monster hit “2musshh” produced by Legendury Beatz, to show to everyone that he was here to stay.

On the 31st of March, 2012, Reminisce dropped his debut album titled “Book of rap stories”, a 13 tracks album that showed all the sides of Reminisce, as a rapper, a singer and poet. The album did well in terms of sales, thanks to hit songs like “Kako Bii chicken”, “2Musshh”. The album has sold several thousands of copies, and still selling till date. On the album, he worked with Producers like: Sarz, Legendury Beatz, Joshbeatz, jospo and Pastor Child. He featured artistes like 9ice, Rugged man, Jahbless, Minjin, DaGrin, Patorankin, and XP.

Ever since the drop of the album, he gone on both local and international tours, and he has dropped series of singles and done so many collaborations, and most importantly, he’s shot videos for hit tracks like “kako Bii Chicken”, “If Only” and “2Musshh”. Some of the singles he has dropped since the album dropped are “Oloun’Nishola”, “Government ft Olamide”, “2Musshh remix” ft Sauce kid and Ice Prince, “Nigboro” and most recently “Koboko”. Some of the tracks he has featured on since the drop of his album are: “Bere Mole” by Jahbless, “Agolo” by Sexy Steel, “Uku Uku” also by Jahbless, “Tomorrow” by Oritse Femi, just to mention a few.

The album sold an estimated million copies before the end of 2014. In 2014, Time Magazine named Reminisce as one of seven "world rappers you should meet"

Baba Hafusa, Alaga's third Album, was released in 2015. The Baba Hafusa Album project has already broken barriers and charted unknown territories. Just recently, Reminisce became the only hip hop artist in all of Africa to have an album debut on Billboard Charts World Music category at no. 12.

The album claiming the number one spot in iTunes for more than a week, selling over 500,000 copies in Nigeria in 2 weeks – The album is already undoubtedly one of the most successful hip-hop albums in Nigerian history.

Already described as a “genre-busting album”, it is a strong contender for album of the year with music critics and fans alike applauding the fusion of sounds to form a unique blend of hip hop, fuji and afrobeats.