Paul & Peter Okoye popularly known as P-Square are a set of twins originating from Nigeria. Both guys sing and dance tremendously well. Say, you think about putting Usher, Bobby Brown, MC Hammer, R-Kelly, and Michael Jackson together and adding a touch of Africa in it’s entirety to it. Your first choice in this case would be the duo P-Square. 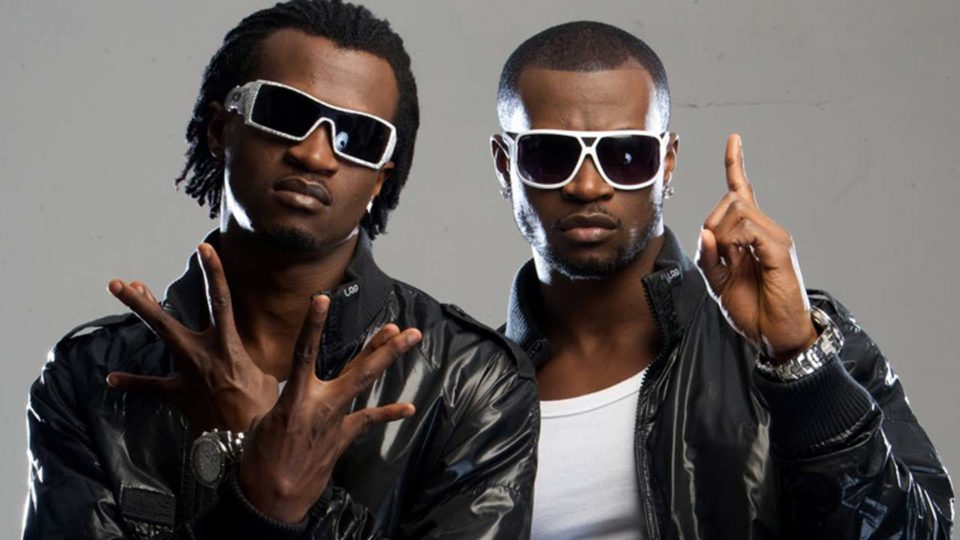 P-Square’s debut album LAST NITE was launched in 2003 which made remarkable sales thereby making P-Square a household name in Nigeria. Paul single-handedly wrote “last nite”, and with Peter’s help, they were able to write and produce other songs like Kolo (their national identity), Senorita, Igbedu, etc which all made up the album “LAST NITE”.

In July 2005, P-Square INDEPENDENTLY released its second album titled GET SQUARED and the first collection of their videos in Nigeria. The album “GET SQUARED” took rave in Nigeria and other parts of Africa, with over ten million copies sold, thereby enabling it to hit number one on many chat listings e.g. Top 50 MTV Base Most Requested Video, MTV Base Hotlist and number one on MTV Base charts for many weeks. Also, the track “Bizzy Body 2” featuring Weird MC in 2006 was a hit track in Nigeria and all over Africa.

Furthermore, in November 2007 P-Square released its third album titled “GAME OVER” which is currently making waves in Nigeria and all of Africa. The song “DO ME” whose awesome video was put together by JUDE ENGESS OKOYE who happens to be the official Artiste Manager of P-Square, directed the “DO ME” video which is currently being played in all T.V. stations in Nigeria as well as MTV Base.

P-Square’s Music is Afrocentric in that it combines western and African rhythms in creating a marvelous blend of R&B, Hip Hop and Dancehall songs. Their songs surprisingly appeal to both young and old because they get requested for and/or booked by concert planners, party organizers, and events with audiences ranging from 0 to 70 years.

P-Square is very successful in Nigeria and relatively popular in all African countries. Since the release of the “Get Squared” and “Game Over” album, they are still to perform in any concert hall or gathering that was not full to the brims in Nigeria and Africa.

P-Square’s entry into the Music Industry started during their school days at St. Murumba College Jos. They formed a dancing group called SMOOTH CRIMINALS and mainly danced and mimed Michael Jackson’s, M.C. Hammer’s and Bobby Brown’s songs. The group existed for about 5 years. Peter, Paul, and two other friends (Michael and Melvin) later formed an Acapella Group called MMPP. The group was unable to withstand the test of time so it disintegrated leaving behind the two Ps – Peter & Paul now known as P-Square.

Paul always had a keen interest in writing, creating, and singing original songs and this led to his going solo after MMPP broke up but Peter, who really held more sway in the Dance/Choreography business, soon joined him.

Peter with the assistance of their brother Tony and their cousin and friend Oshevire Ovuorho choreograph all the dance sequences in the group’s routines. He also plays the acoustic & bass guitars and drums. Paul plays the keyboard and does the production and sequencing of their songs to date.