Opeyemi Gbenga Kayode, popularly known by his stage name, Pepenazi is a versatile Nigerian song writer, recording artiste and performer currently signed to Ecleftic Entertainment. He made his debut into the Nigerian Music Industry in 2012 when he dropped the single, Arose. He however took a break from the industry to complete his undergraduate education and serve his father land. He, then staged a return to the music scene towards the later part of year 2014 dropping hit singles Born You and Low. He has afterwards dropped series of Hits to the entertainment pleasure of his teeming and fast growing fan base across Africa. After emerging as a nominee for the 2015 Headies Awards, in the next rated category, Pepenazi has been on the spotlight, and he indeed has only recompensed the faith big wigs in the entertainment scene has reposed in him.

In his kitty includes banging hits such as Illegal, One For The Road, Iwo Naa, and the recently added, I Ain’t Gat No Time. With songs of varying tempos acclaimed to him; from the low tempo-ed Fifemayo, to Hard core rap single, Adam, Dance Hall Iwo Naa to his recently added pop single I Ain’tGot No Time, Pepenazi, has registered himself as one of Nigeria’s most versatile in the music industry.

Little wonder why he is one of the industry’s most sought after. 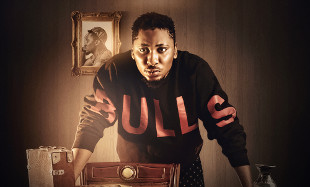