Emeka Akumefule, known professionally as Blaqbonez, is a Nigerian rapper signed to 100 Crowns, an imprint of Chocolate City. In 2019, he was profiled by the The New York Times (alongside Teni, Odunsi the Engine and three others) as one of the new guards of Nigerian music. He is widely known for his controversial self-proclaimed status as the “Best Rapper in Africa”, which became the most talked about topic in the Nigerian hip hop space, between July and September 2019. In an interview with The Punch newspaper, he said his “Best Rapper in Africa” proclamation was a response to a diss track and need to wake up other rappers in Nigeria. 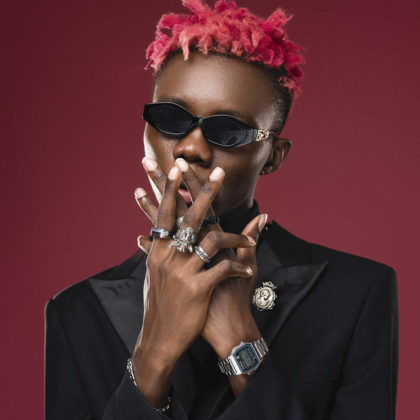 He was recently described by The Guardian as ‘carrying the torch of Nigerian rap’ and on 2 January 2019, he was listed by the same as one of the top 10 artists to watch in 2019. He has released 8 EPs and a mixtapes, and his most recent album, ‘Bad Boy Blaq’ was highlighted by Soundcity TV as Album of the Year, listed alongside Burna Boy’s “YE” and M.I Abaga’s “Rendevouz” among others.

Blaqbonez started exploring his rap skills very early, and at 16, came 1st out of over 3000 rappers in Nigeria, who participated in Terry tha Rapman’s Zombie competition. As a result, he and was featured on Terry’s album World Domination alongside Olamide, Vector (rapper), Mode 9, Spellz which was released in 2012. Five years later, Blaqbonez featured Terry on one of his projects. He emerged 1st runner-up in Vector (rapper)’s king kong competition, won the Rhythm fm Freestyle Fury and became RhythmFm’s artiste of the month, became the Hennessy Vs class captain, part of the Soundcity blast cypher, also released his much talked about mixtape CTAT “Cssette Tapes and Tvs” grossing over 60,000 engagements in streams and downloads, which is his third mixtape, following hip-hop in blaq and the “unfinished EP”.

Bad Boy Blaq is Blaqbonez’s 8th studio EP and was released 31 August 2019. It was the third in a trilogy of projects which also featured L.A.M.B and A Study On Self Worth: Yxng Dxnzl, executively produced by M.I Abaga and released under 100 Crowns, a label imprint of Chocolate City (record label). Bad Boy Blaq peaked at no.1 on the ITunesNigerian hiphop chart, doing better than LAMB, A Study On Self Worth: Yxng Dxnzl and Falz Moral Instruction, all which were released within the space of a month. An updated version, Bad Bloy Blaq Re-Up was released in February 2019, and sits at no.46 on the iTunes Hip Hop chart for Nigeria, two steps ahead of M.I Abaga Rendevouz and twenty notches above his mentor’s critically acclaimed A Study on Self Worth.